Vettel ‘didn’t have anything to lose’ with strategy call

Vettel ‘didn’t have anything to lose’ with strategy call 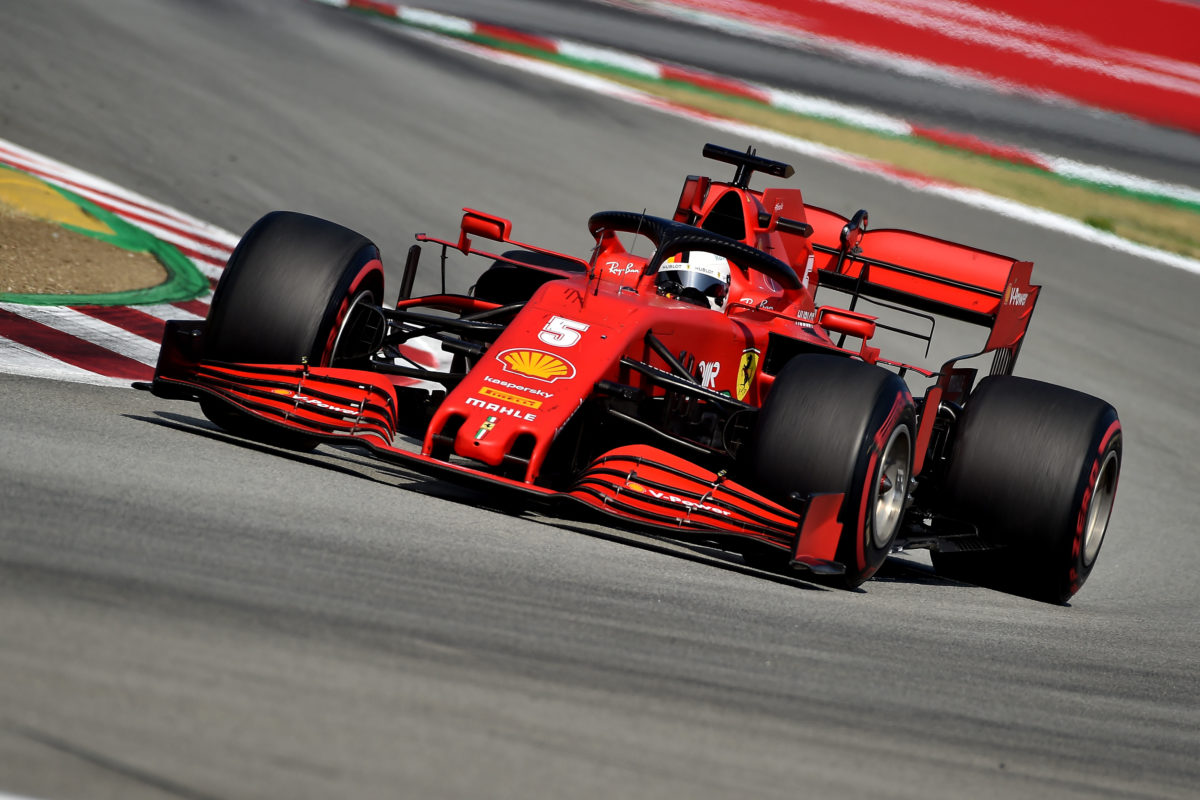 Sebastian Vettel reasoned Ferrari had nothing to lose in making a late decision to switch him to a one-stop strategy.

Vettel finished the Spanish Grand Prix in seventh place after starting 11th, spending more than half the race on the same set of soft compound tyres.

After starting on the medium compound rubber, courtesy of his free choice of tyres for the race start, Vettel was one of the last to take to the pit lane.

That saw the Ferrari driver rise up the order, running as high as sixth on Lap 28 before dropping back to 14th after stopping on the following lap.

As those around him opted for a second stop, Vettel slowly climbed back to fifth on Lap 45.

With a points paying position on offer should its strategy gamble pay off, Ferrari rolled the dice and kept the four-time world champion on track.

“It’s quite simple, we didn’t have anything to lose,” Vettel reasoned of the strategy call.

“We were P11, and I think we were trying to offset until the end of the race, so obviously we were catching the cars in front.

“They pitted for their second stop, but I was not in a rush to catch them and (was) managing the tyres.”

The one stop strategy had not been the plan even after Vettel’s sole stop, with the pit wall giving him instruction to push on before changing its mind.

“I said: ‘Well, you could have asked that three laps before because I asked a couple of times, what’s the target, how long do we want to go, so I could look after my tyres’.

“I said we’d try to make it. The last five laps were really, really difficult.

“Obviously it helped that we got lapped to be honest; not always the case, but today it was.

“We obviously took that risk because we had nothing to lose, and it did pay off, but it wasn’t the plan before the race to do close to 40 laps on the softer tyre.”

The result netted the team six championship points, and bolstered Vettel’s own tally to 16 from the opening six races of the season.

He was the only finisher for Ferrari after Charles Leclerc suffered issues midway through the race.

While battling with Lando Norris for ninth place, Leclerc’s engine simply stopped as he traversed the chicane at the end of the lap.

Pitched into a spin, the Monegasque driver was able to refire his silent car, but only to limp it around to the pits where it was retired.

With McLaren and Racing Point scoring points with both their drivers, Ferrari has slipped from third to fifth in the constructors’ championship.

The Scuderia has amassed 61 points in the season to date, one shy of McLaren and two less than Racing Point in third.