Van Gisbergen started Darwin ‘a day behind’ on set-up

Van Gisbergen started Darwin ‘a day behind’ on set-up 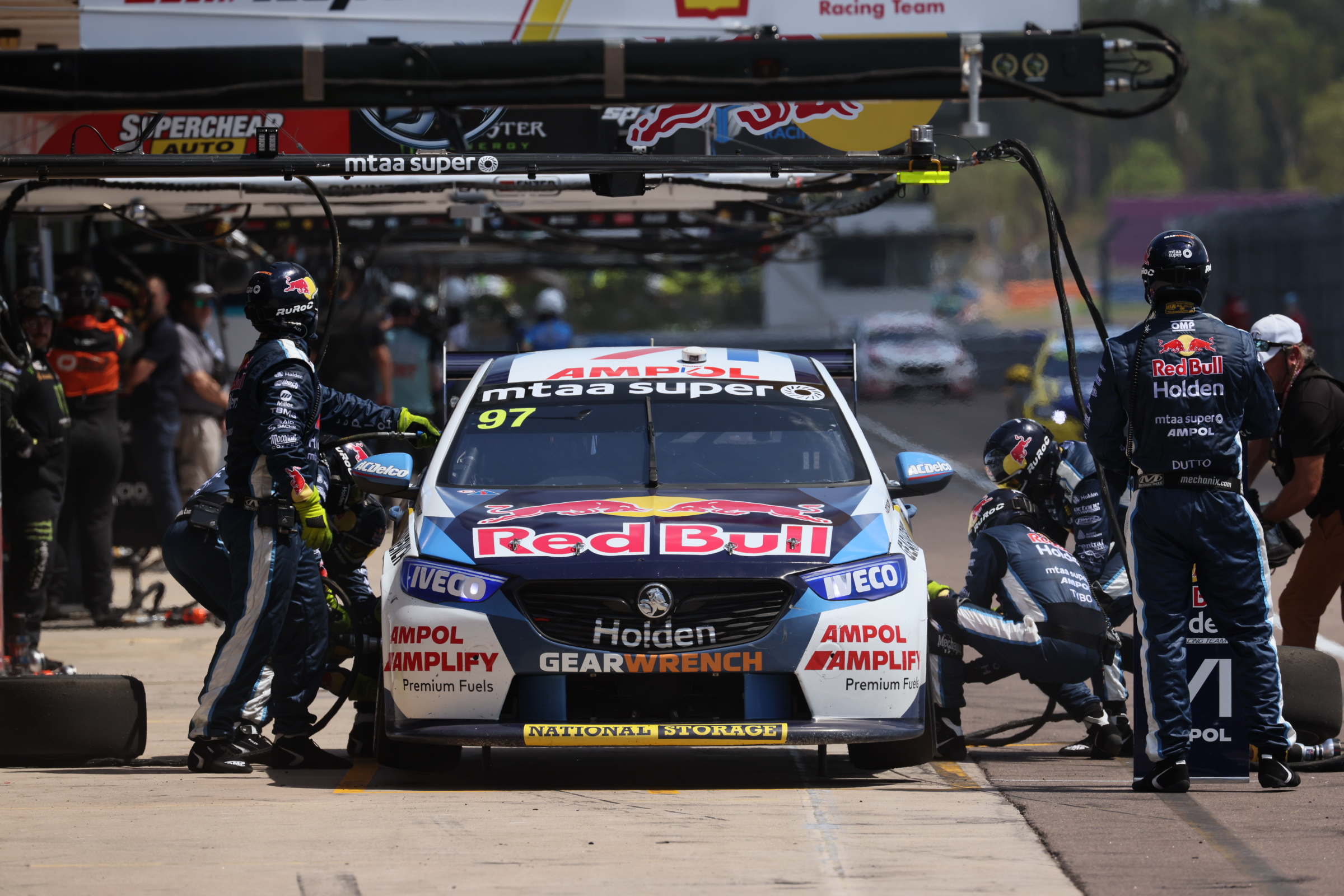 Shane van Gisbergen says he found himself “a day behind” on car set-up after starting the weekend with an ill-handling Holden ZB Commodore in Darwin.

He spent the opening portion of Practice 1 at Hidden Valley Raceway bogged down at the bottom of the pile while his team sought to remedy the uncomfortable rear end.

On his final lap in the first practice session, van Gisbergen shot to ninth fastest. Practice 2 saw him finish 15th fastest before qualifying the car ninth for Race 13.

The Kiwi went on to finish 11th despite receiving a drive-through penalty for contact with Nick Percat that ended the Brad Jones Racing driver’s day.

However, he lamented the early set-up issues and collision with Percat that ultimately saw him unable to capitalise on the woes of Supercars points leader Scott McLaughlin and second placed Triple Eight team-mate Jamie Whincup, who both received 15-second penalties.

Recounting the weekend, van Gisbergen said he was on the back foot from the outset.

“Last night we found some things in the car, which was really good,” said van Gisbergen.

“Once the day starts, it’s so quick and we weren’t fully able to analyse.

“We changed a lot of parts and did improve the car but we pinpointed it.

“We’re a day late with the set-up, so it felt like our weekend was starting a day behind.

“We did a pretty good job, we just weren’t quite as quick as the front two.

“It was good to get on top of that issue but also we missed a day where we could have capitalised on the front two guys making mistakes.”

The problem was solved, however, van Gisbergen wouldn’t be drawn on what exactly caused the early weekend troubles.

With three top 10 finishes to his name at Hidden Valley Raceway, van Gisbergen has moved from seventh to fourth in the drivers’ championship standings.