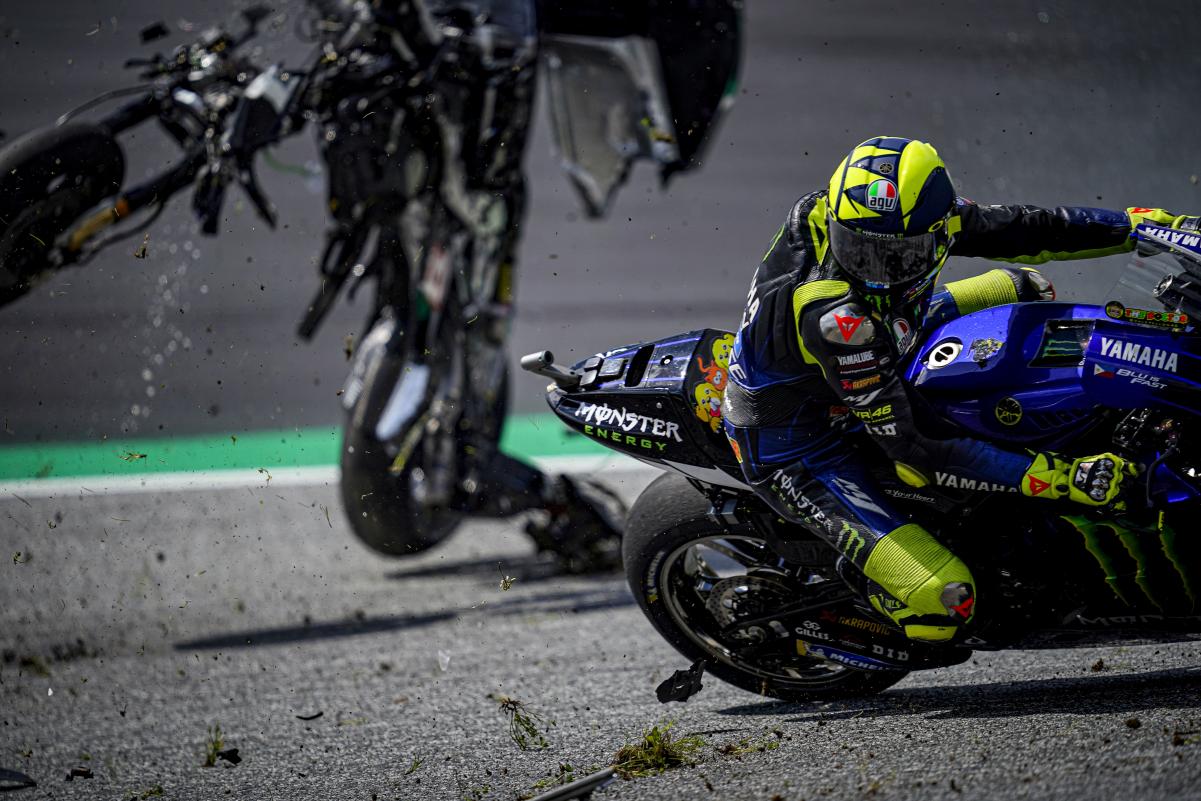 Valentino Rossi says the “terrifying” crash in which he and Maverick Viñales were nearly hit by two out of control motorcycles demonstrates the need for riders to respect their rivals.

Johann Zarco’s Ducati went over Viñales’ head while Franco Morbidelli’s Yamaha found the small gap between his factory counterparts at Turn 3 after they clashed on Lap 9 of the Austrian MotoGP at the Red Bull Ring.

Morbidelli was scathing of Zarco, labelling the Frenchman “half a killer” on Italian television, while Rossi suggested that riders need to temper their aggression on the race track.

“It was so scary, was terrifying,” said the seven-time premier class world champion, who was clearly shaken when he dismounted his Monster Energy Yamaha in pit lane just after the incident.

“For me, now everybody is very aggressive but also from the small classes. I can understand because you play a lot. But for me it’s important that we don’t exaggerate (the aggression).

“You need to respect the other riders that are on track with you, because we can’t forget this sport is very dangerous, especially in a track where you have long straights and you always go 300km/h.

“What I said is that also from the small classes, you have a lot of riders who close the door when braking.”

Rossi had a similar take on the incident to his protégé, Morbidelli, who claimed that Zarco “changed trajectory” as they braked at the Turn 2 kink, where the contact occurred.

“Zarco is very wide and braking in the face of Franco, maybe to not let Franco overtake in braking,” observed Rossi.

“But it was too close, and when we are at 300km/h we have a lot of slipstream and Franco had no chance to brake.

“We risk a lot, especially me and Maverick. This could have been a potential disaster.

“I spoke to Zarco, I said this to him, and he said he didn’t do it purposely.

“But anyway, aggressive is good, but braking in the face of other riders especially at 300km/h is a potential disaster.”

Zarco claimed that the collision was not down to a deliberate action on his part, and spoke directly with Rossi to give his side of the story.

“The bad things that they (Rossi and Morbidelli) were thinking, (that) I did it on purpose, that I wanted to stop Morbidelli…” said the Esponsorama Racing rider.

“This was not my thought. I was braking, for sure I thought that maybe he could overtake. But I didn’t cut the line to stop him.

“It’s too crazy to do it and dangerous, and I’m conscious enough to manage it. When I was braking, there were no bad thoughts.

“I saw Franco in the medical centre and we hugged each other because we were scared.

“And then I was sad because bad things came out from comments from Franco and (Valentino), so we spent 10 minutes together (with Rossi).

“I could say what happened and everything is much better now. It was a bad event during this race, fortunately nobody is really hurt.

“I just spoke to (Rossi) for 10 minutes to make him understand that I am not a crazy guy.”

The Zarco-Morbidelli-Rossi-Viñales incident was the second horror crash of the day, after Hafizh Syahrin cleaned up Enea Bastianini’s stricken Kalex when the Italian highsided exiting Turn 1 in the Moto2 race.

Rossi, however, believes that rider behaviour is a greater concern than the Red Bull Ring itself.

“I think the Red Bull Ring is a bit dangerous in some places, especially when you have a hard braking from 300km/h to 50km/h, and in the hairpin (Turn 3) you have to go in the opposite direction,” he noted.

“This is a potentially dangerous place.

“But I think more is the (lack of) respect between the riders. This is more dangerous than the track, I think.

“Everybody has to think about this, not just some.”

Rossi went on to finish fifth despite admitting it was “very difficult” to take the second start, while both Morbidelli and Zarco were declared fit after checks at the medical centre.

Viñales ended up 10th having dropped to 20th, last of those still in the race, on the first lap of ‘Race 2’ due to what he reported as a clutch slip.

Syahrin was declared unfit post-race due to pelvic contusion. 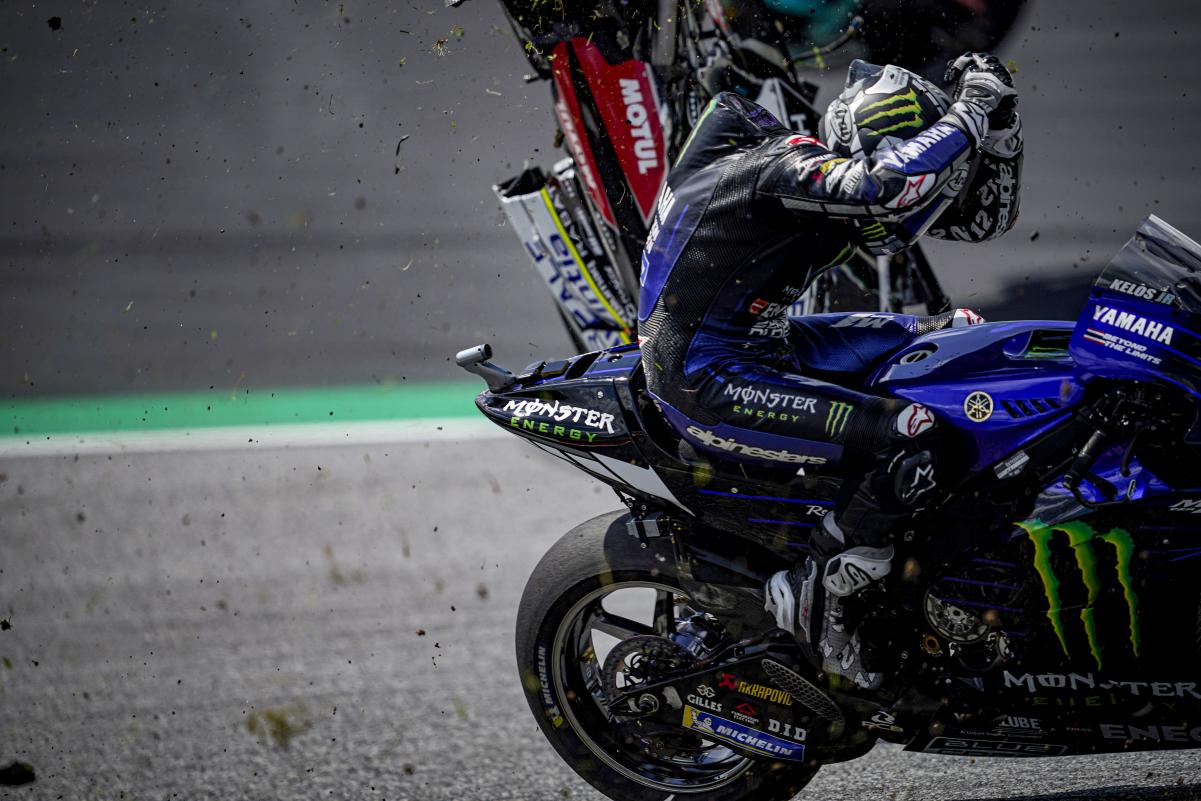