POLL: Should Whincup have been penalised for pit lane incident?

POLL: Should Whincup have been penalised for pit lane incident? 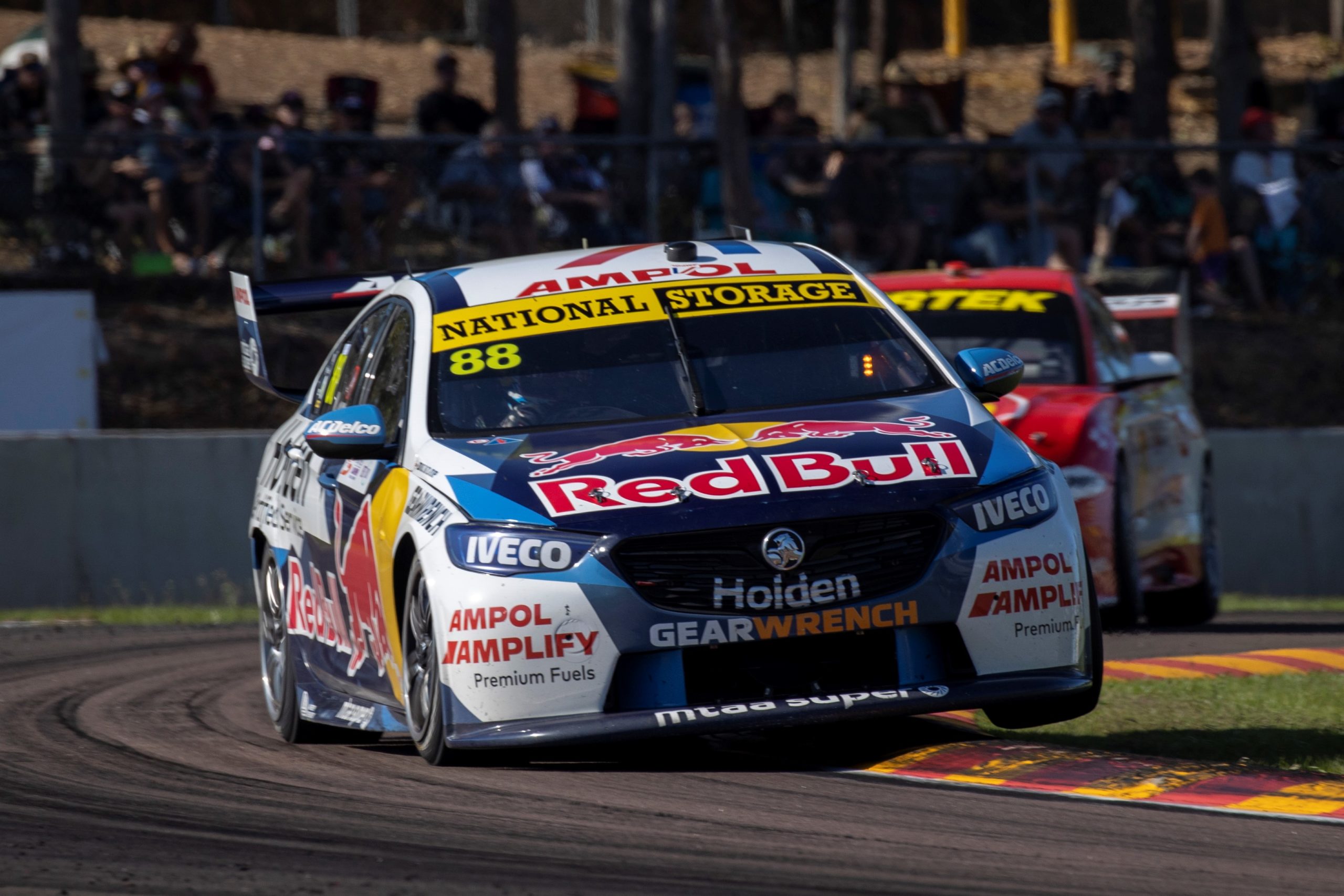 Fabian Coulthard and Jamie Whincup were divided in opinion after Race 15’s pit lane incident. In this week’s Pirtek Poll we want to know if you think Whincup should have been penalised.

The Shell V-Power Racing Team driver, who slowed to avoid Whincup as he left his pit bay, made contact with the #88 Holden ZB Commodore as turned to enter his pit.

A photo posted to social media by Coulthard following the incident showed the witness mark on the right front corner of the #12 Ford Mustang.

Coulthard was quick to criticise Whincup for the incident, suggesting it could have been worse if he hadn’t slowed sufficiently.

“You’ve got team members, you’ve got lives, and things like that.

“I could have gone and drilled him much harder, but then it becomes a safety issue.”

Coulthard said shortly thereafter that he would be disappointed if Whincup wasn’t penalised for the incident.

Whincup, by contrast, made light of the contact, which he said wasn’t enough to justify a penalty.

“I suppose if the car barrel-rolled over the pit lane and up into the crowd – which wasn’t there – that’s probably too much,” the seven-time champion said when posed with Coulthard’s question.

Driving Standards Advisor Craig Baird explained the decision, stating that he didn’t believe that the contact was enough to justify a penalty.

“We had to make a decision with the available footage and reports from pitlane that we had, and we felt like there wasn’t major contact,” Baird told the official Supercars website.

“Without doubt, after looking at the onboard, there would have been (more contact) had Fabian not yielded, but there’s also a clause in the rulebook that everyone has a duty of care.

“You gain a little bit one time, you lose a bit another, with the jostling of getting in and out of the boxes.”

Baird added that there were claims of contact in the pit lane involving Coulthard during the opening race of the weekend. Those claims also didn’t result in any penalties being served.

Whincup, however, did receive a penalty for an unsafe release and contact in the pit lane that saw him rejoin the fast lane into the path of Anton De Pasquale who was squeezed up against the Armco.

The Penrite Racing driver went on to win Race 13 with a “bent” car. Whincup was duly given a 15-second penalty for the incident, which saw him demoted from third to 17th.

“It’s very different to the Whincup penalty (on Saturday) where he was released into the path of a car solely in the fast lane,” Baird said of the Race 15 incident in comparison to the Race 13 penalty.

“At the end of the day Fabian came in right behind (Chaz) Mostert, he went out behind Mostert, and it wasn’t a position change for Whincup.

“People will always have their opinions on it. If I give the penalty out they’ll say it was harsh, because there was give and take, and if I don’t, that’s not good enough either.

“Sometimes I’ve got to sit there and go ‘what do I do, what is fair for the sport?’.”

In this week’s Pirtek Poll, we want to know whether you think Whincup should have been penalised for an unsafe release?