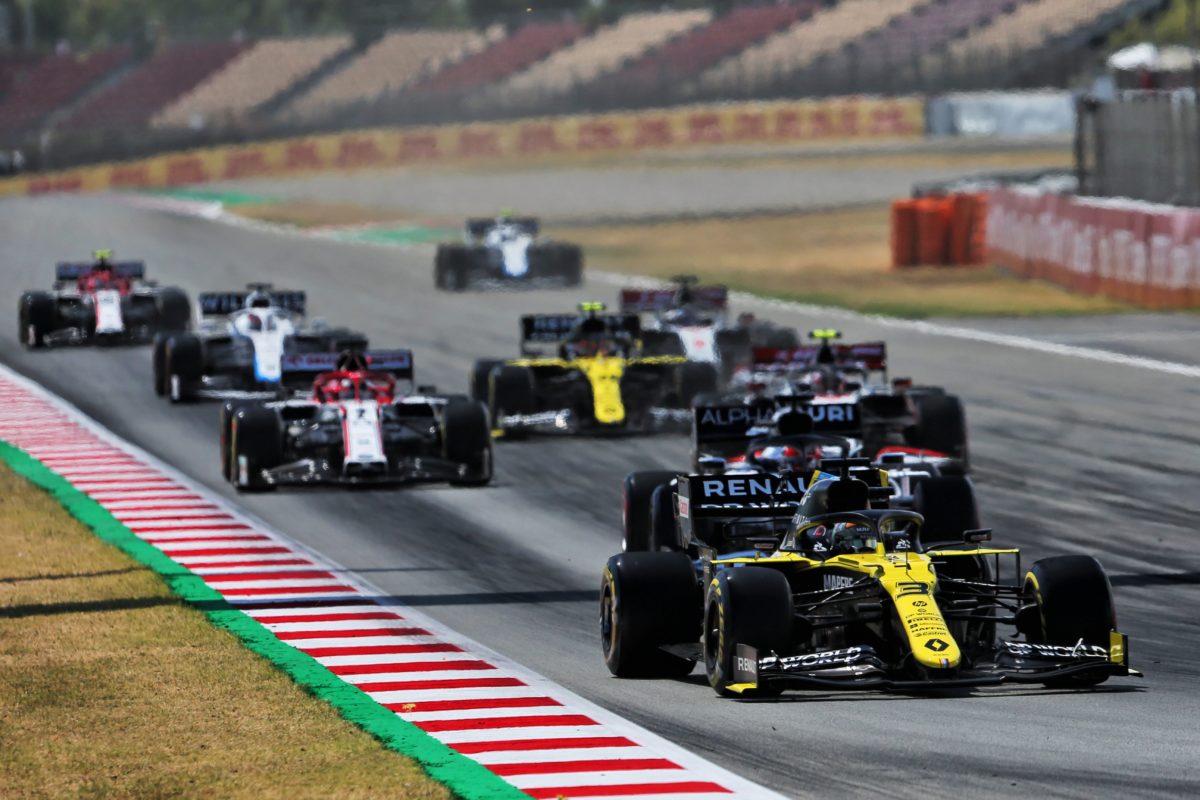 Renault boss Cyril Abiteboul admitted his team’s car was “not good enough” as the the Circuit de Barcelona-Catalunya highlighted areas where improvement is needed.

Ricciardo managed to race his way up two places during Sunday’s 66 lap grand prix, with Ocon improving to 13th at the flag.

“It was tough today and certainly not where we want to be,” Ricciardo admitted.

“At every race up until now, we’ve had at least one car in the points, so this is the first one without it.

“It was a pretty difficult race and making the one-stop work was difficult.

“Obviously, it’s a bit disappointing as we came here expecting much more, especially after two decent races last time out.”

According to Abiteboul, the team’s execution across the weekend was not at fault, the car simply didn’t have the pace needed to challenge for points.

“I believe we extracted all we could from the car this weekend,” Abiteboul said.

“Put simply, the car is not good enough at a track like this one.

“Barcelona is a good test when it comes to the aerodynamic efficiency of the car, so it says something about the areas we have to improve.

“We’ve made some steps in the winter, but not enough to be on the leading side of the midfield here.

“It’s all very tight; two tenths yesterday in qualifying made a big difference and, again, it was tight today in the race.

“That’s not an excuse, though. We should be at a point where we could be doing better than that.

“We have a clear area of focus and we will be pushing to accelerate the next upgrades on the car.”

Ocon shared the opinion that the team had maximised what it could across the weekend, but simply didn’t have the pace.

“There wasn’t much more we could have done today,” he said.

“As a team, we struggled for pace this weekend. The car didn’t behave how we wanted, and we lacked grip and balance.

“From the beginning of the weekend, we felt the car didn’t behave like at Silverstone, so we have more work to do in some of those areas.”

Heading into the weekend Ricciardo had suggested the French marque was a genuine Qualifying 3 contender at each event.

As things transpired, the Australian missed out on a Q3 berth, his 1:17.198s in Qualifying 2 nearly three tenths off the pace needed to progress.

“We didn’t expect to have a difficult weekend, but it was very tight out there,” Ricciardo reasoned.

“We were close to the top 10 in qualifying and in the race, so we’ll try and find out where we lost those couple of tenths and move on.”

Formula 1 now has a week off before heading to Belgium for Round 7 of the 2020 season on August 28-30 at Spa-Francorchamps.