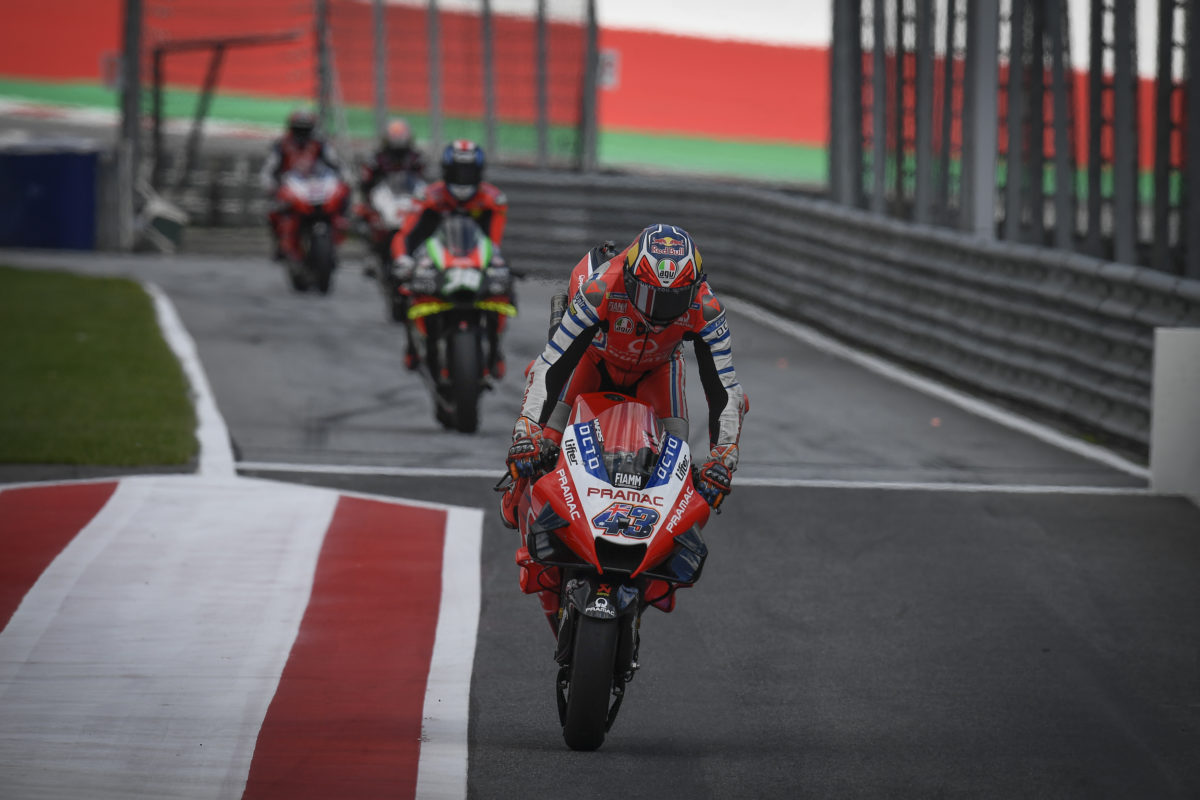 Jack Miller was mindful of not repeating his 2019 crash when he unsuccessfully tried to hold off Joan Mir for second in the final corners of the Austrian MotoGP.

Miller had kept the Suzuki rider at bay for several laps despite battling with a worn-out soft front tyre, but ran wide through Turn 9 on the last lap and let Mir through.

It was also his first points finish at the Red Bull Ring after a weekend-ending spill in the Warm Up in 2016 and crashes in both 2017 and 2019.

Miller thought back to the latter, which also occurred at Turn 9, when he ran wide while trying to defend his position having not realised how far back Mir in fact was.

“(I) made a small error in trying to defend on Joan,” the Pramac Racing rider told After The Flag.

“I thought he was closer than he was, I tried to tip it in just a little early just to sort of close the door, thinking he was on me, and as soon as I did it (front tyre) just sort of started bouncing.

“I was not pulling any more (brake) lever. That’s where I dropped it last year out of a podium position and I said, ‘I’m not doing that again this year.’

“Yeah, it’s a shame, but we’re back here again next weekend so hopefully we can try and improve on that.”

Miller said that he had no choice but to take soft tyres front and rear for the restart after the horrifying Turn 3 crash.

The 25-year-old was nevertheless satisfied enough with the outcome given how badly the GP20 Ducatis had performed a week earlier at Brno.

He also paid tribute to Austrian Grand Prix race winner Andrea Dovizioso, whose impending split from the Ducati Team means they will not be team-mates next year.

“I was ninth and ‘Dovi’ was 11th, so it’s a great turnaround for both of us but it was a special weekend in Czecho and it’s good to be back up fighting all weekend for decent positions,” declared Miller.

“Massive congratulations to Dovi. With all the stuff that’s going on, I know it can’t be easy on him, but it just shows, he’s a true gentleman but also a true champion, I think, at heart.”

Dovizioso’s win propelled him to second in the championship, 11 points behind Fabio Quartararo, while Miller sits seventh.