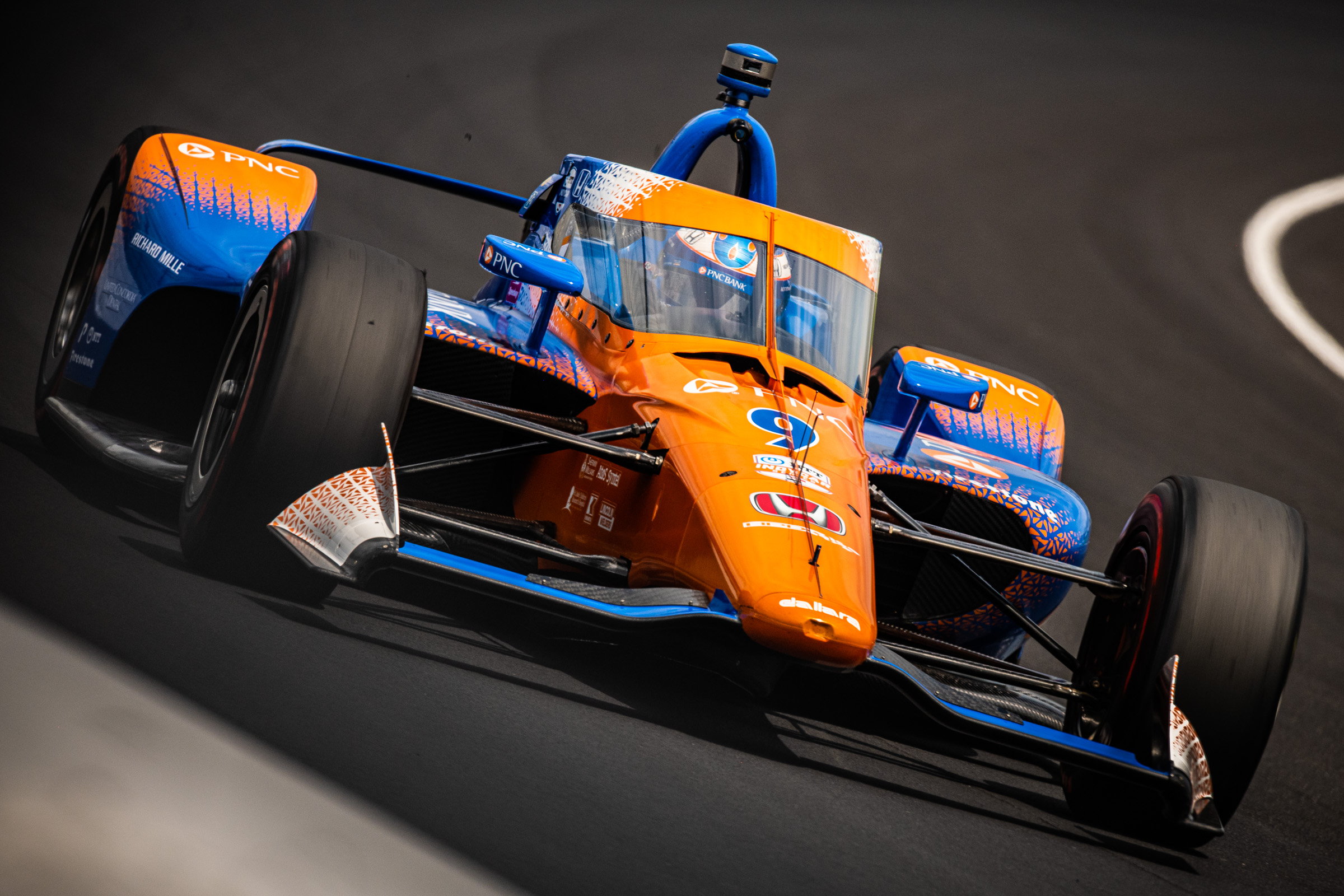 Series leader Scott Dixon has lamented day-on-day changing track conditions after he was pipped to pole by Marco Andretti for the 104th running of the Indianapolis 500.

Andretti won his maiden pole at the Brickyard by just 0.017s over Dixon, who had previously claimed the top grid spot three times.

Dixon had been in sparkling form, having been in the top three in every practice session leading to Sunday’s fight for pole including topping Thursday practice.

The 40-year-old managed to improve from fifth in Saturday qualifying to reach the front row for next week’s race, but explained how changeable conditions saw Sunday’s runners have to learn on the run.

“I think the hardest part with these qualifying days is you don’t really practice beforehand because you don’t want to heat the car up.

“The last three days we’ve been pretty lucky because the conditions have stayed pretty similar. Today we had a big difference with the wind.

“Ambient and track temp was maybe lower than the previous days. Winds kind of 12 miles an hour and gusting to 20 or higher. That is something we haven’t tried with the Aeroscreen or anything like that.

“I think that was probably the biggest upset that we thought could be out there.”

Andretti turned the quickest pre-race practice lap since 1996 on Friday, albeit in cooler morning conditions.

The afternoon heat remained for Saturday, and Andretti was again quick before Sunday winds played a key role in the fight for pole.

Dixon recorded the fastest lap on Saturday (232.356 mph, 373.940 km/h) in an aborted qualifying run at the buzzer, but despite finding that pace, the Kiwi suggested the Andretti entry still had more left.

“Honestly we were not aggressive enough on the first run,” Dixon added.

“We were just trying to find our way a little bit. I think we kind of misinterpreted the track and the grip level. That (Saturday) run definitely was pretty strong.

“We knew the speeds would be down today just because of the winds. When the winds come, the cars are faster.

“Obviously the front straight today we saw some pretty big speeds because of the tailwind. You have to suffer down the back as well with the headwinds.

“It was nice to have that run yesterday, but still Marco got us. There’s so many things I think through the run that you could definitely equate maybe to going that little bit faster.

“He’s such a great guy and a good friend for so many years. To see him get a pole position at Indianapolis, I know what that means to him and especially his family, as well.”