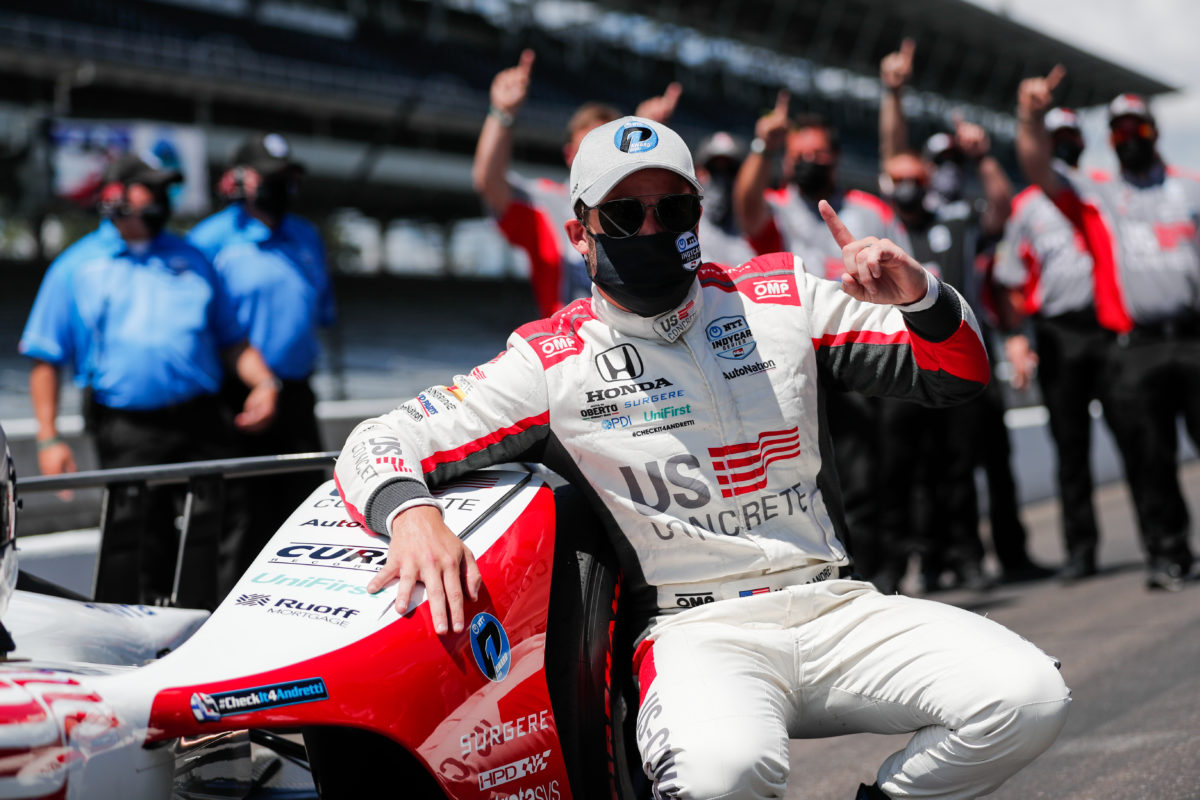 Marco Andretti continued his domination at Indianapolis Motor Speedway to qualify on pole position for next week’s Indy 500.

It marks the first time an Andretti has taken pole for the Indy 500 since Marco’s grandfather, 1969 race winner Mario, qualified first in 1987, the year of Marco’s birth.

Sunday’s fight for pole saw a relative slump for the Andretti squad, with Ryan Hunter-Reay (fifth), James Hinchcliffe (sixth) and Alexander Rossi (ninth) all dropping down after locking out the top four on Saturday.

However, it was Andretti who retained his top form, having turned the fastest laps on Friday and Saturday in a run which included the quickest pre-race practice time since Arie Luyendyk’s 1996 flyer.