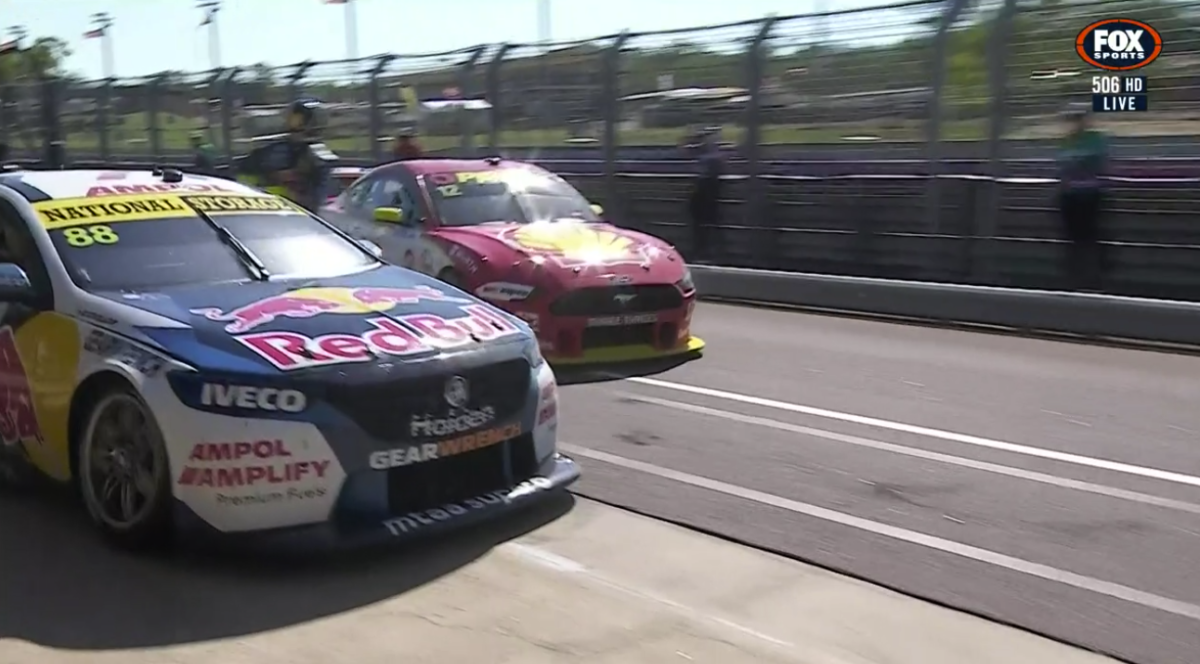 Jamie Whincup will keep his victory in Race 15 of the Virgin Australia Supercars Championship at Hidden Valley after stewards did not find his pit lane release to be against the rules.

An investigation was conducted into the #88 entry after Fabian Coulthard had to brake to avoid what could have been a sizeable collision between his Shell V-Power Mustang and Whincup’s ZB Commodore as they made their compulsory pit stops.

The release of the stewards summary confirms that DJR Team Penske did indeed request a review of the incident as Coulthard hinted at post-race, but no breach could be determined.

“Following a request from DJR Team Penske, after the race the Race Director conducted a review of Car #88, Jamie Whincup, exiting its pit bay and Car #12 Fabian Coulthard entering its pit bay during their pit stops,” read the stewards summary.

“The Race Director determined the matter did not warrant referral to the Stewards as no breach of the rules could be established on the available evidence.”

Had a breach of regulations been determined and penalty applied, both Coulthard and team-mate Scott McLaughlin would likely have been major beneficiaries.

McLaughlin stood to inherit victory and therefore increase his championship lead having taken the chequered flag just over two seconds behind Whincup, while Coulthard could have been elevated to fourth depending on the magnitude of the penalty.

That would also have been enough for the latter to win the BetEasy Darwin Triple Crown title for the greatest haul of points at the event, which he missed out on to Whincup on a countback.

As it stands, Whincup has won Race 15, McLaughlin took second, and Coulthard is classified fifth.

McLaughlin’s advantage over Whincup in the drivers’ standings is also therefore unchanged at 101 points.

No other penalties were issued or determinations made in relation to the final day of the Darwin Triple Crown event.