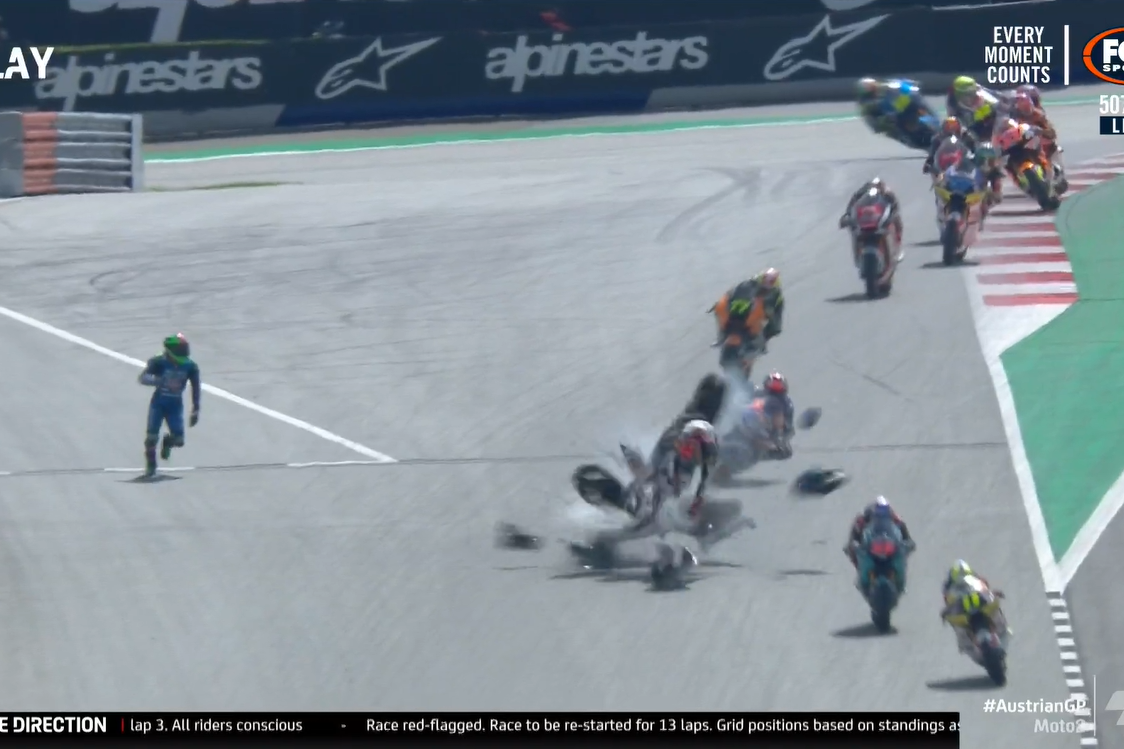 Hafizh Syahrin has suffered bruising but initial scans suggest no major fractures after he collected another Moto2 bike at speed in a horrific incident at the Austrian Grand Prix. 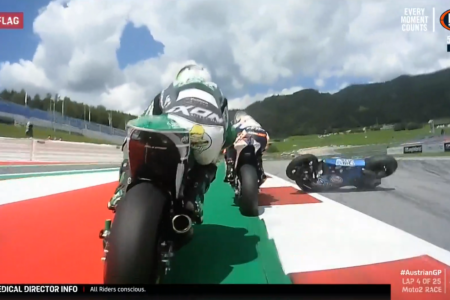 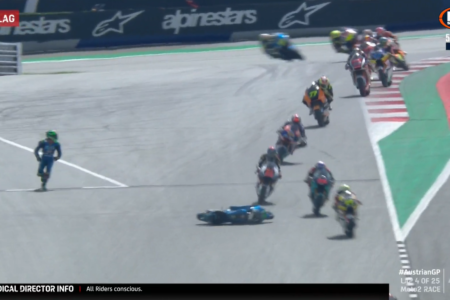 Syahrin had been slipstreaming behind Jake Dixon (black and teal bike, second in shot), who moved left just before the hit pic: Fox Sports 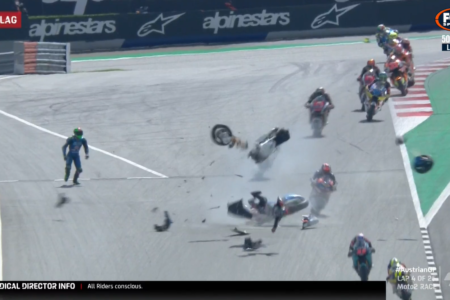 Pre-race championship leader Enea Bastianini was running fifth when he highsided exiting Turn 1 at the Red Bull Ring on Lap 4 of a scheduled 25.

While several following riders managed to avoid the Italtrans bike which sat dangerously close to the normal race line, Syahrin (Inde Aspar Team Speed Up) arrived at the scene in Jake Dixon’s slipstream.

Dixon managed to jink left of the #33 machine but the Malaysian was unsighted by the Petronas Sprinta entry and ploughed into the stricken Kalex.

Huge chunks of debris scattered across the circuit, with Edgar Pons hitting the front wheel which had been sheared from Bastianini’s bike, and Andi Farid Izdihar also caught up in the mess.

The official Medical Director Info delivered in the minutes after the incident was “All Riders conscious”, before Syahrin was taken to the circuit’s medical centre in an ambulance.

Following check-ups onsite, he has now gone to hospital for further examination.

“Will go to hospital for further observations and checks”.

Remy Gardner (Onexox TKKR SAG Team Kalex) qualified on pole and while he avoided Bastianini when the Italian went down two bikes ahead of him, the Australian crashed out on the fifth lap after the restart while running third.

Round 6 of the season will also be held at the Red Bull Ring, next weekend.

Will go to hospital for further observations and checks
#AustrianGP 🇦🇹