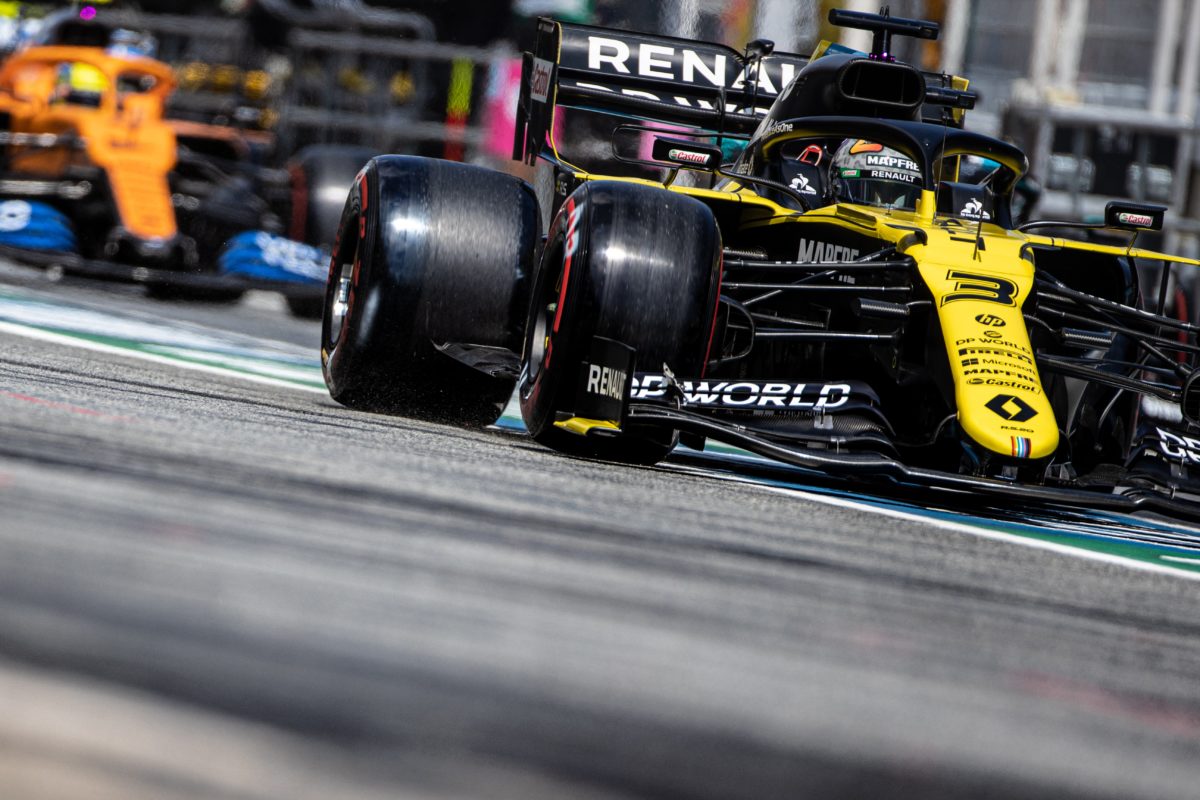 Daniel Ricciardo remains optimistic that he can leave the Circuit de Barcelona-Catalunya with points despite qualifying outside the top 10.

Ricciardo will start the Spanish Grand Prix from 13th after dropping out of qualifying at the second hurdle.

The Australian had been on the fringes as the chequered flag flew to end the second phase of the three-part session, and was ultimately bundled down to the seventh row of the grid.

“It was a shame that it was so close out there and we only have thirteenth place to show for it,” Ricciardo said.

“When you miss out by such a little margin, it’s a shame as it could be the difference between four spots on the grid.

“It was a clean lap in Q2, but other teams were able to find a little bit more.”

The silver lining is that, by missing Qualifying 3, Ricciardo will have free choice of tyres heading into tomorrow’s race.

Throughout practice it became evident that the medium compound Pirelli was the preferred race tyre.

Those at the front of the grid are all compelled to start of the soft compound tyre, having used that to progress through Qualifying 2.

That difference, coupled with the closeness of the midfield, could open opportunities for Renault to exploit.

“We have to find a way tomorrow and we’ll be pushing as best as we can,” Ricciardo said.

“It will be hard for overtaking, but we’ll try.

“It’s going to be hot, the tyres are going to have a workout and there could be some opportunities on strategy for the race.

The team’s Sporting Director, Alan Permane, added: “It was not a good day and certainly not where we expected to be in qualifying after a strong showing at the last couple of races.

“We have got a lot of work and thinking to do overnight to try and understand our pace deficit.

“Having said that, it’s a tough race here and it’s going to be very hot.

“We generally manage our tyres quite well in the race, so we’re not ruling anything out for tomorrow. “

A bizarre moment for Esteban Ocon at the end of Practice 3 saw the Frenchman tag the wall between Turn 3 and Turn 4 in the second Renault.

The incident occurred as he rounded up on the back of Kevin Magnussen, moving right to avoid the Haas driver who in turn moved the same way.

With Ocon changing settings on his dash, he took panicked action to avoid a collision as he looked up.

The two avoided contact with each other as Ocon fired into the concrete wall to his right, creating additional work for the team heading into qualifying.

“On a positive note, the mechanics were incredible,” Ocon said.

“After the unfortunate incident in FP3, the car was badly damaged and, in under two hours, they managed to put it back together.

“It was a fantastic effort so a big thanks to all of them.

“Unfortunately, the negative is that we didn’t have the pace to get into Q3 today,” he continued.

“It’s something we need to keep looking at as we know the importance of reaching the top ten.

“Last week we were 14th on the grid and scored points, so I’ll give it my best tomorrow to do the same.”