Pye podium reward for on the road Team 18

Pye podium reward for on the road Team 18 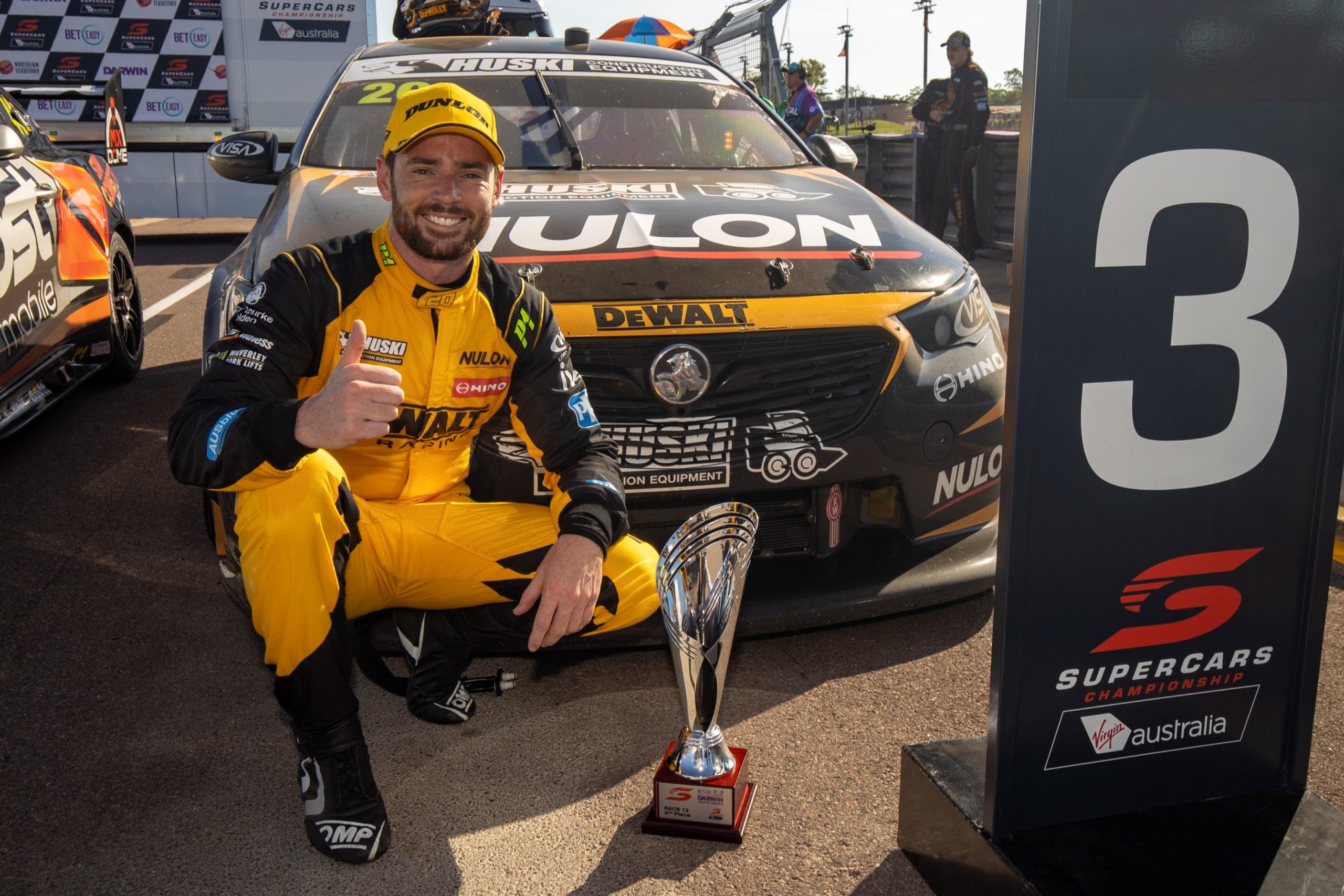 DeWalt Racing driver Scott Pye says his maiden podium with Team 18 is a timely reward for the Melbourne-based crew who have made “a huge sacrifice” to go racing.

That was led by Penrite Racing driver Anton De Pasquale with James Courtney of Tickford Racing and Pye alongside him.

For Pye, it’s a comeback of sorts after a self-confessed tough start to the season, which started with a DNF at the Adelaide 500.

The maiden success with Team 18 also comes at a time when Team Owner Charlie Schwerkolt has been able to attend his first event since the ill-fated Melbourne 400.

“It’s been really tough, little things went wrong and it’s been a really tough year and the guys have worked hard,” said Pye.

“The things that have happened throughout COVID, it’s been difficult for everyone and our team has been affected, having left Victoria so long ago and for a period not being able to have all of our crew.

“I got my number two (mechanic) back this weekend, we’ve got Charlie here and it’s the first event he’s been at since the Grand Prix.

“Everyone’s away from family at the moment so it’s been a really tough period,” he added.

“I’m still racing cars and living my dreams so I’m not complaining but it’s been a huge sacrifice, particularly for the Melbourne teams to be away from their families for so long.

“Like most, I want to thank them for what they’re doing and allowing us to live out our dreams.

“As well, for our sponsors, what we’re doing with the racing is giving everyone an opportunity to have a fair fight and get a trophy and get some good coverage.

“I’m loving the racing, it has been a tough start to 2020 but I’m loving this more than ever. That race was one of my most enjoyable.

“There were lots of positives from today but we’ll postpone the celebrations until tomorrow night.”

It wasn’t a trouble-free run for Pye, who was almost undone in the pit stop after a brief double-stack with team-mate Mark Winterbottom.

“We stacked for a really small period, we didn’t have any tyres in the pit lane,” he said.

“There was confusion because we weren’t sure if we were going to go soft or hard. The actual stop itself was OK but we didn’t have any tyres.

“When I came out, the last car in front of me was going through Turn 1 so there was no-one else in pit lane but luckily it was under Safety Car so we caught the back of the train.

“There was a period when, because of the delayed stop, we were considering putting the hards back on but Phil backed me to go aggressive and put my balls on the line to try to get a trophy.

“When you do a strategy like and don’t get a trophy, you’re going to be pretty bummed but there were a few today who ran softs so we weren’t on our own, we just genuinely had the car speed to get to where we did.”

After twice using the soft compound tyres, Pye charged his way through the field into a competitive position.

Aided by Safety Car interventions in quick succession, Pye was able to move his way forward in the closing stages of the race and eventually usurp his team-mate Mark Winterbottom.

The result has moved him up one place in the Virgin Australia Supercars Championship standings to 17th.