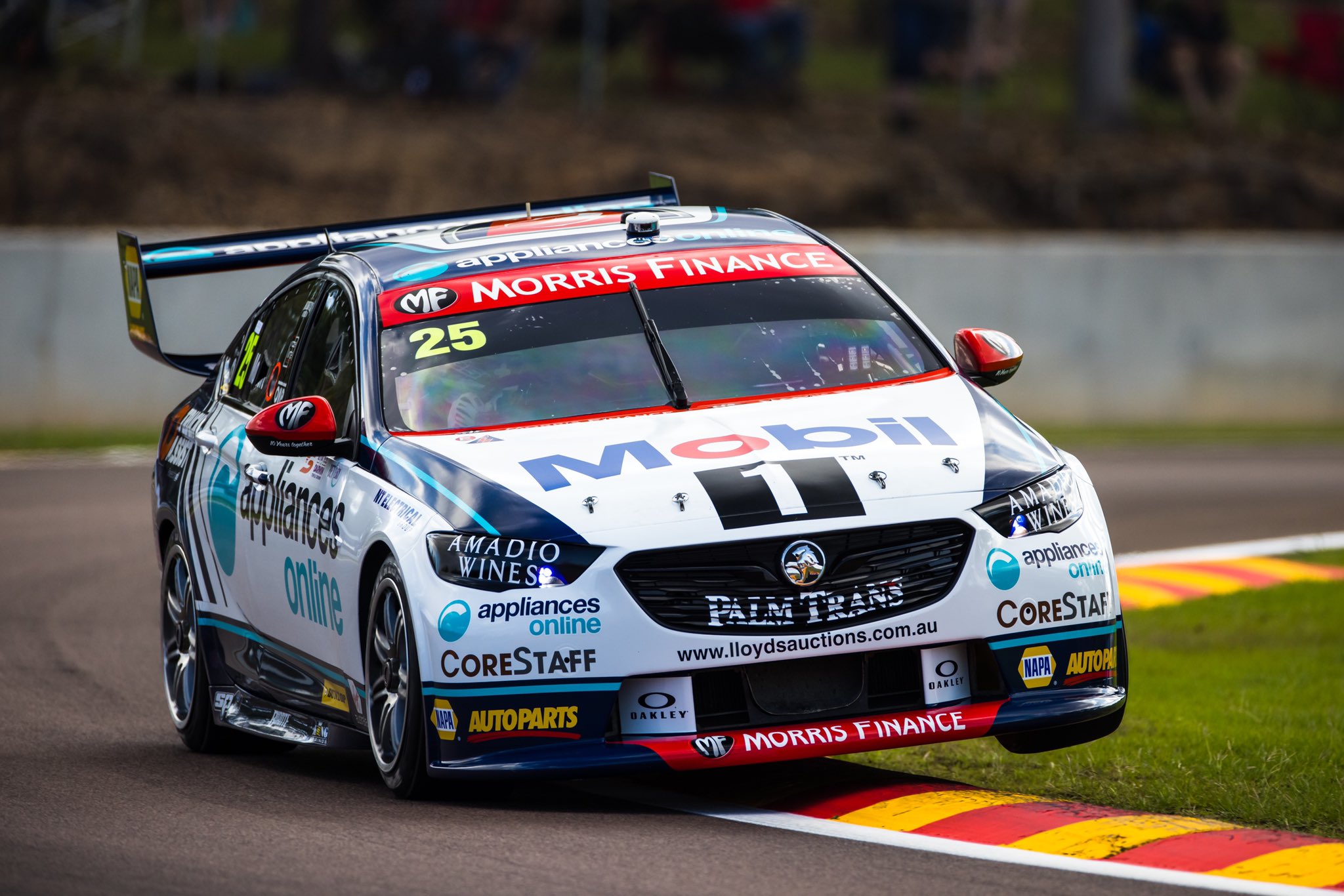 Walkinshaw Andretti United driver Chaz Mostert said he was surprised to recover from 20th to seventh in Race 13 of the season at Hidden Valley Raceway.

However, a tail-shaft failure in Qualifying 1 ultimately ruled him out of Qualifying 2 and a potential Top 15 Shootout berth.

Ultimately, the 28-year-old qualified 20th, one place ahead of team-mate Bryce Fullwood.

Despite running on hard tyres throughout the race, Mostert was able to gain 13 positions and climb to seventh place in a shortened 34-lap race.

“It was a tough start to the race to start P20 after the tail-shaft failure, but I was really happy with practice,” said Mostert.

“We made the car better, and found some good direction with it from SMP so I was gutted how qualifying ended.

“Normally the racing has been pretty hard this year, so I didn’t expect to gain too many positions in the race, so to come away with P7 after starting 20th is pretty outstanding.

“It was a big haul of points, and I think we have a pretty strong car, so I’m looking forward to (Sunday) and seeing if we can have a bit more luck.”

Fullwood, by contrast, had a race to forget.

In what was his first Supercars race at home in the Northern Territory, the first-year full-timer couldn’t improve on his 21st starting position.

Fullwood was given a 15-second penalty after he made contact with Matt Stone Racing driver Garry Jacobson.

The 22-year-old said it was a “tough day” and lamented a lack of initial pace.

“We struggled with the car from the initial get go, and the hardest part about these weekends is you really don’t have much time to fix it,” said Fullwood.

“All day we have been wanting to change some things but we haven’t had time, so we had to race with what we had today.

“I was relatively happy with how I got on in the race. I made a mistake and hit Garry, which I apologised for straight away, I just misjudged it, so sorry to Garry and his team.

“Lucky we’ve got (Sunday) now. We’ve got a bit of time to think about it, and relish the opportunity to make some pretty big changes. (Sunday) will be a new day.”