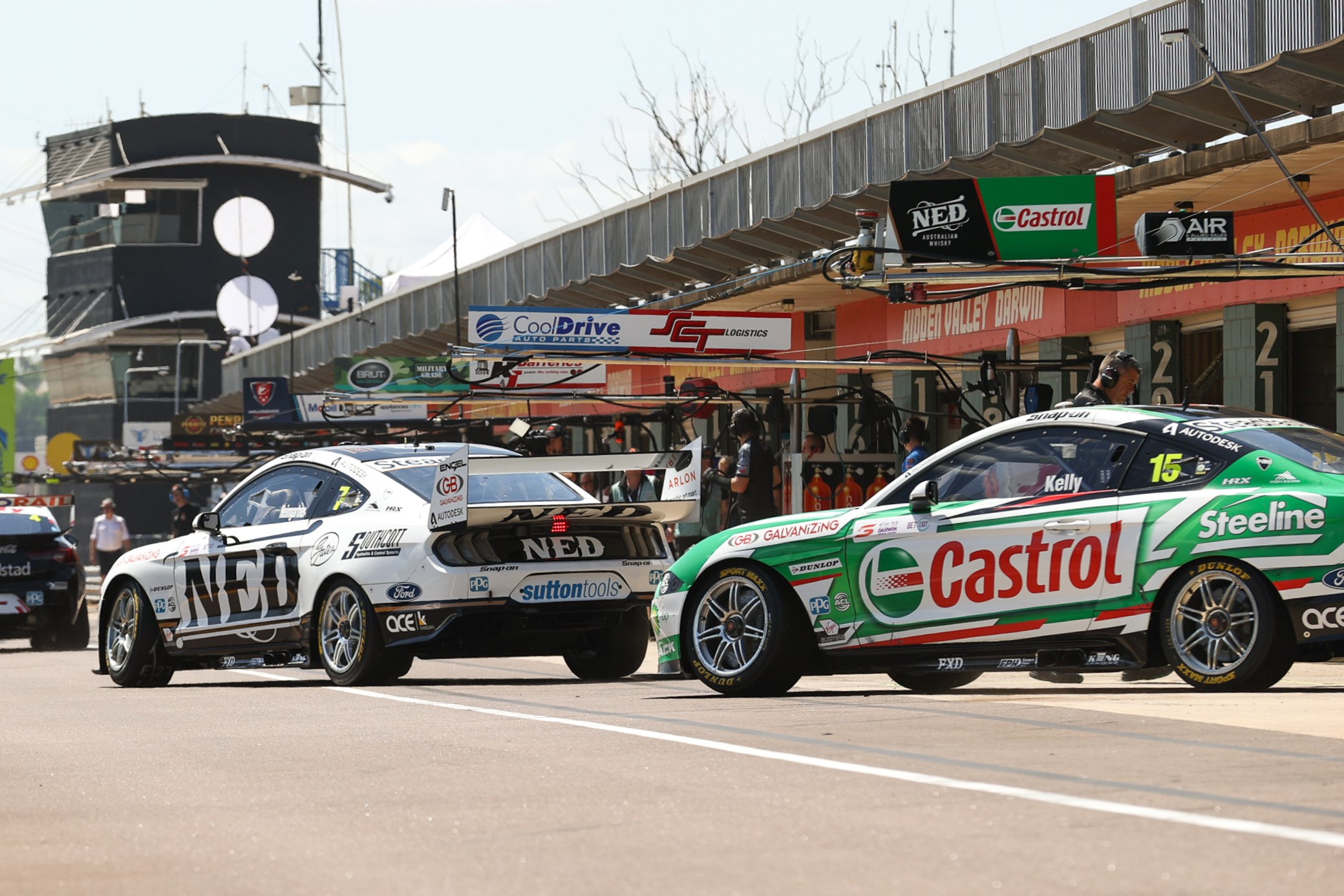 Kelly Racing is still suffering a recurring technical drama with its Ford Mustang engines which first arose at the Supercars season opener in Adelaide.

In the lead up to the BetEasy Darwin Triple Crown, the Kelly Racing team discovered a potentially catastrophic issue with its valve guides.

The problem persisted across its fleet of engines, including spares, meaning new parts were manufactured just in time for the fifth round of the Virgin Australia Supercars Championship.

However, further dramas emanating from the electronics of the car plagued the team in Darwin.

The team suffered the same issue at the start of the season in the Adelaide 500 where the team’s cars would stall while in the pit lane.

“We’ve got a few engine issues that are making it hard to pass,” said Heimgartner.

“It’s sort of cutting out at the exit of (Turn 1) nearly every single lap and stuff like that so we’ve got a little bit to work on there.

“This weekend we did have the pace to be better than where we were but it just didn’t come together.”

“Todd (Kelly) did a great job of fixing what we had, we had to rebuild a lot of engines in that garage next door so he did a great job but just the mapping and little things with the butterflies.

“We’re really struggling with Rick’s engine particularly is hanging on a lot into the corners.

“We’re having to do that to avoid it stalling in the pits and all sorts of stuff. Anything you’d get with a new engine is what we’re getting, but we’ve got some ideas to fix it.

“Being heavy as well, we’re going to fix that, but overall that shouldn’t be an excuse why we haven’t gone well. We just didn’t put it together.”

Andre Heimgartner said the weekend was “a bit disappointing” for the #7 Mustang pilot after scoring finishes of ninth, 10th, and 16th across the three races.

“I made a mistake in qualifying and that put us back in that last one but we’re struggling with a few different things,” said Heimgartner.

“We were really fast at the start of the weekend and had genuine pace but we didn’t chase it enough as the weekend went on.”

The team will regroup for the CoreStaff Darwin SuperSprint on August 22-23, which also takes place at Hidden Valley Raceway.