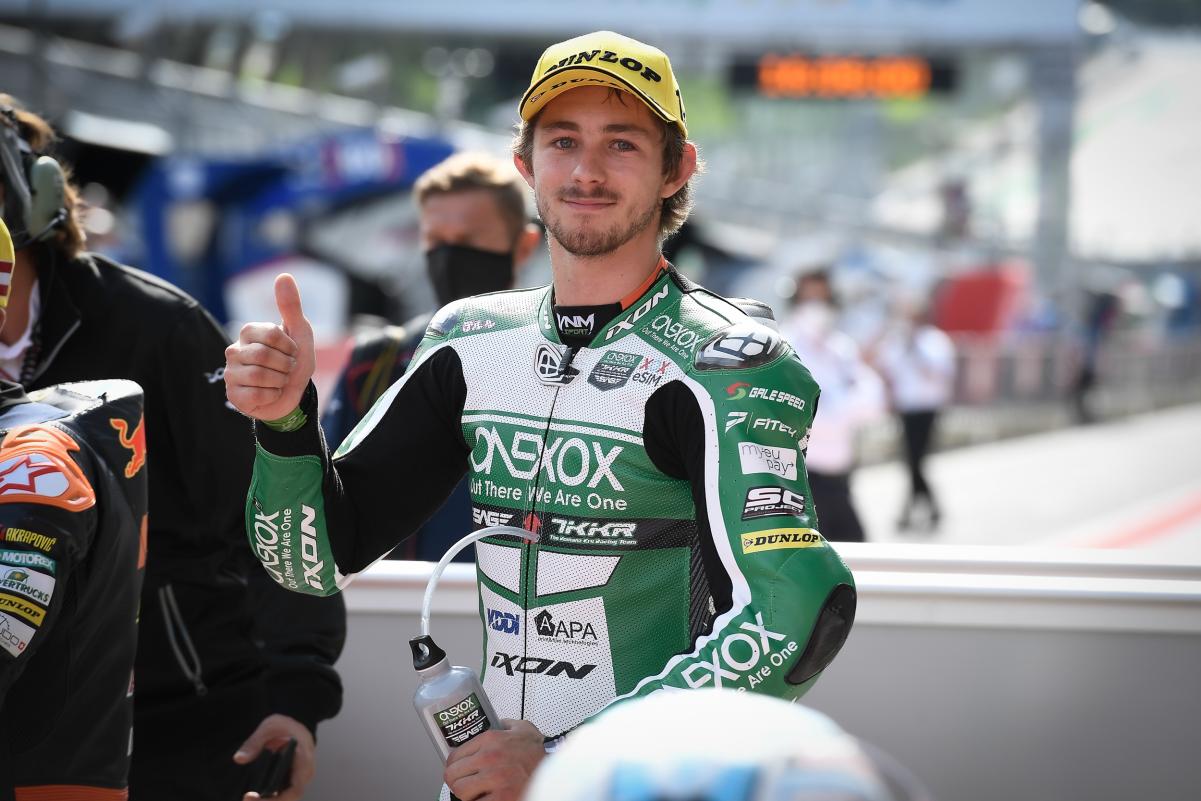 Remy Gardner has notched up his second career Moto2 pole position in qualifying for the Austrian Grand Prix.

The Australian set the pace at the Red Bull Ring with a 1:28.681s on his Onexox TKKR SAG Team Kalex, edging out Jorge Martin (Red Bull KTM Ajo Kalex) by 0.036s.

Gardner had been fastest on the first flyers with a 1:29.301s once the scrubbing of championship leader Enea Bastianini’s (Italtrans Kalex) initial effort was accounted for, before Martin moved into the lead by clocking a 1:28.717s on his third flyer, amid several changes at the top of the timing screen.

Gardner held fifth on a 1:28.996s as the 15-minute Qualifying 2 session ticked past halfway and the son of 1987 500cc world champion Wayne then moved up to fourth with a 1:28.860s on his following lap despite significant front chatter through the final corners.

Marcel Schrotter (Liqui Moly Intact GP Kalex) came up just shy of provisional pole with little more than five minutes remaining, slotting into second with a 1:28.745s, but Gardner would soon knock Martin’s time off as he followed Jorge Navarro (Beta Tools Speed Up) across the line.

That effort drew Martin back out of pit lane and while the Spaniard threatened top spot, as did Thomas Luthi (Liqui Moly Intact GP Kalex), he found no improvement thereafter and remained second.

Schrotter ended up third, ahead of Bastianini and Aron Canet (Inde Aspar Team Speed Up).

Luca Marini, who is currently second in the championship, qualified eighth on his Sky Racing Team VR46 Kalex while Round 1 winner Tetsuta Nagashima, Gardner’s former team-mate, is due to start 18th having crashed his Red Bull KTM Ajo Kalex early on and not set a time in Q2.

Asked how one of the bigger riders in the field could qualify on pole at a horsepower track such as the Red Bull Ring, the 22-year-old responded with a laugh, “Big balls.”

He added, “We were struggling all weekend with the top speed and acceleration, and I knew it was going to be tough but we just kept working, kept working.

“We knew that the third and fourth sector was our strong point so I tried to do a few laps alone and I did actually some fairly decent times on my own and I was actually surprised at my own pace.

“I was actually on a pretty good lap and then (at) the last corner I had a big old slide and I lost the drive out of the last corner; I probably lost a tenth there.

“So then I was like, ‘Alight, let’s try and find a slipstream,’ and Jorge didn’t cut the gas when I got behind, thank God, and I managed to get a good slipstream up to Turn 1, Turn 2, and basically for the whole lap.

Gardner ended up on the deck after his only other pole start, at Assen last year, but does have a grand prix podium to his name having finished second in Argentina earlier in that season.

His bid for a first victory resumes with race start on Sunday at 20:20 AEST, while compatriot Jack Miller is on the front row for the MotoGP encounter which follows. 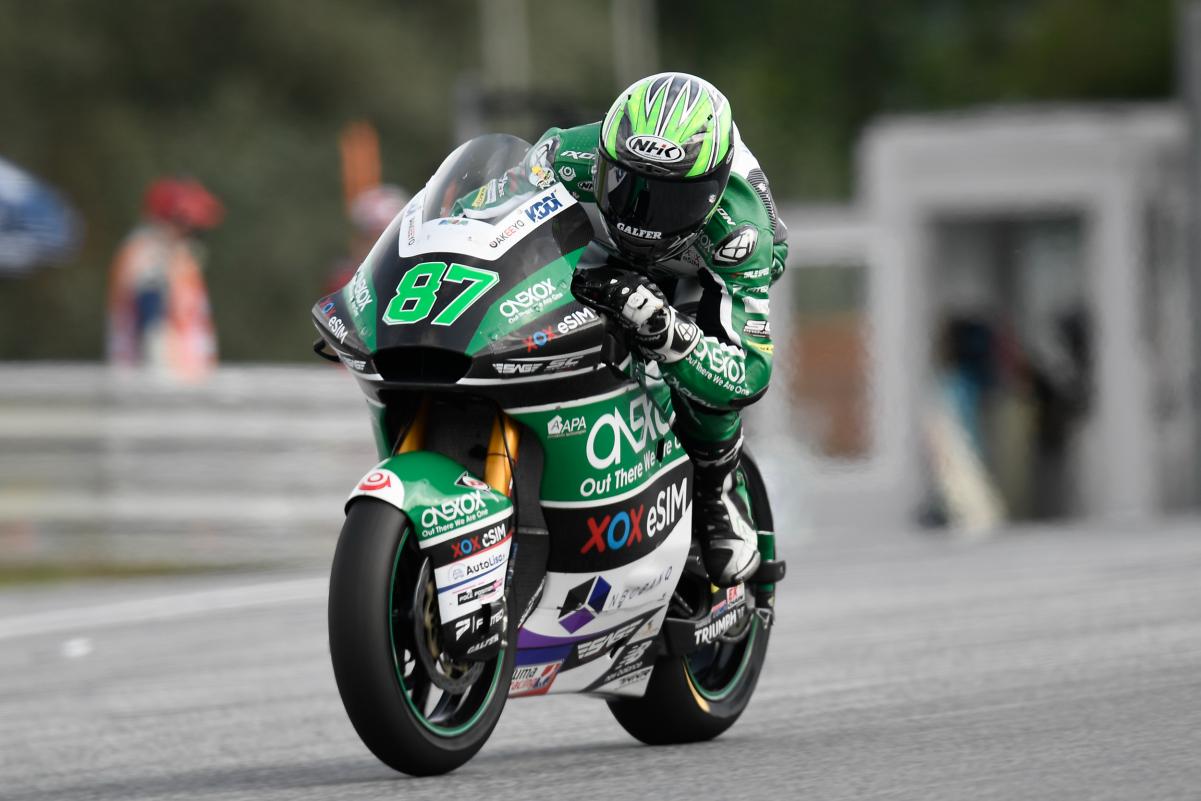