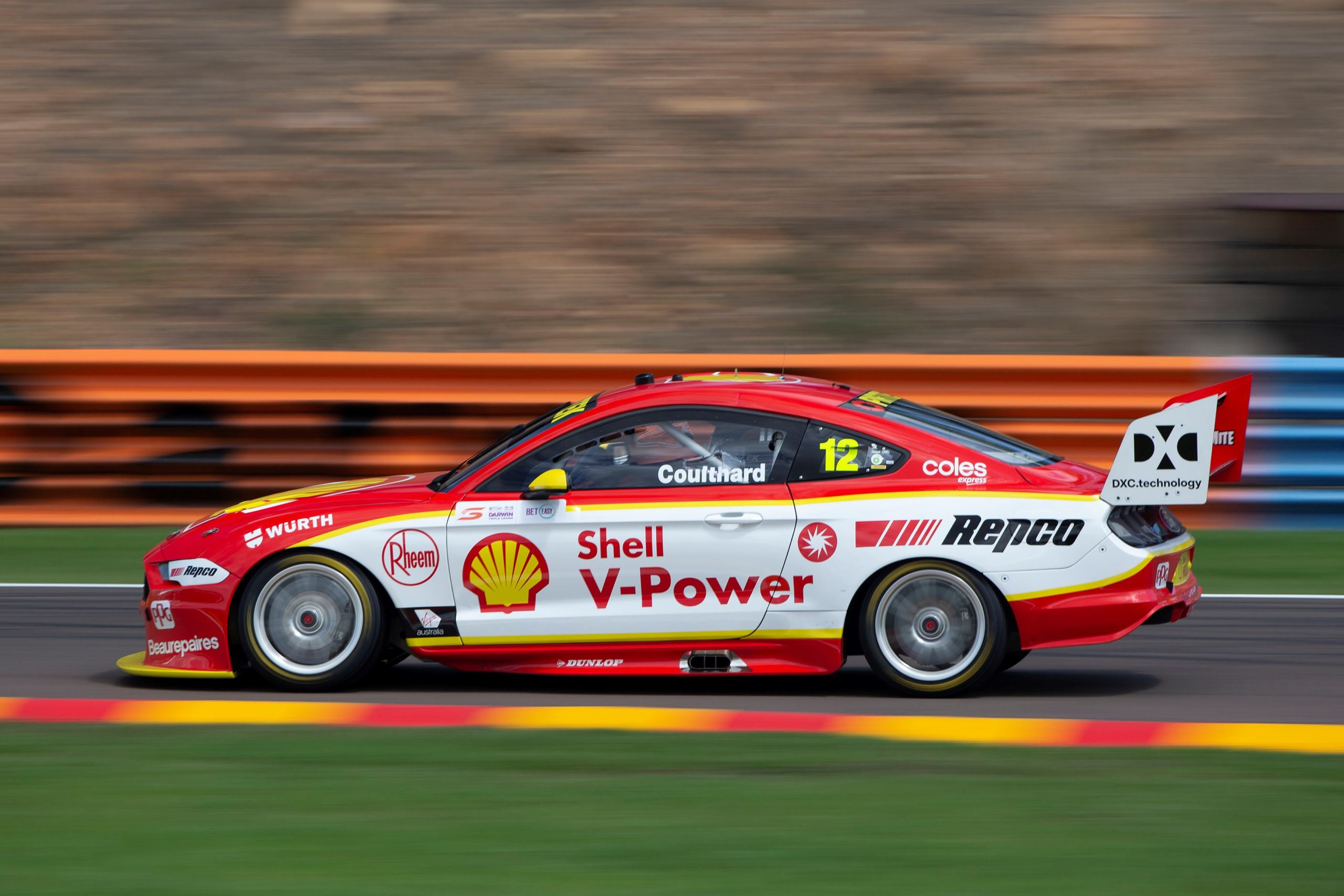 A penalty for Shell V-Power Racing Team stable-mate Scott McLaughlin dropped him to 20th while Jamie Whincup, who initially finished ahead of Coulthard in third for the Red Bull Holden Racing Team, dropped to 20th after he too received a penalty.

Coulthard claimed sixth on a hard-hard tyre strategy while race winner Anton De Pasquale and those that followed him to fifth either ran soft tyres only or hard and soft tyres.

As a result, Coulthard is well placed for qualifying and the races that follow with two sets of soft compound tyres at his disposal.

“A few of the people in front of us, if not all, at some point they had run some soft tyres. Some had run two sets.

“For those that have run two sets, it’s going to make life very tough for them (on Sunday).

“For us, both Scotty and I, we’ve got two sets of softs to play with.

“I struggled to get past Frosty (Mark Winterbottom) a little bit. He obviously started on softs and then put four hards on at the pit stop, for me to get around that was a bit of a challenge.

Coulthard said there are still areas in which the team can improve his car.

While his team-mate McLaughlin has three wins to his name and three further podium finishes, Coulthard is still searching for his first victory in 2020.

His sole podium this season was second place in Race 11 at Sydney Motorsport Park.

After the sixth place finish in Race 13, the 38-year-old has moved up to 10th in the points standings.

“We can always make our car better and improve it. We’ll be looking at everything, roll the cars out (on Sunday) with what we think is the best set-up and see how we fare.

“Just going off how we went (on Saturday), both Scotty and I, the cars have been good. We haven’t had to do too much to them. Hopefully we can be there or thereabouts come (Sunday).”