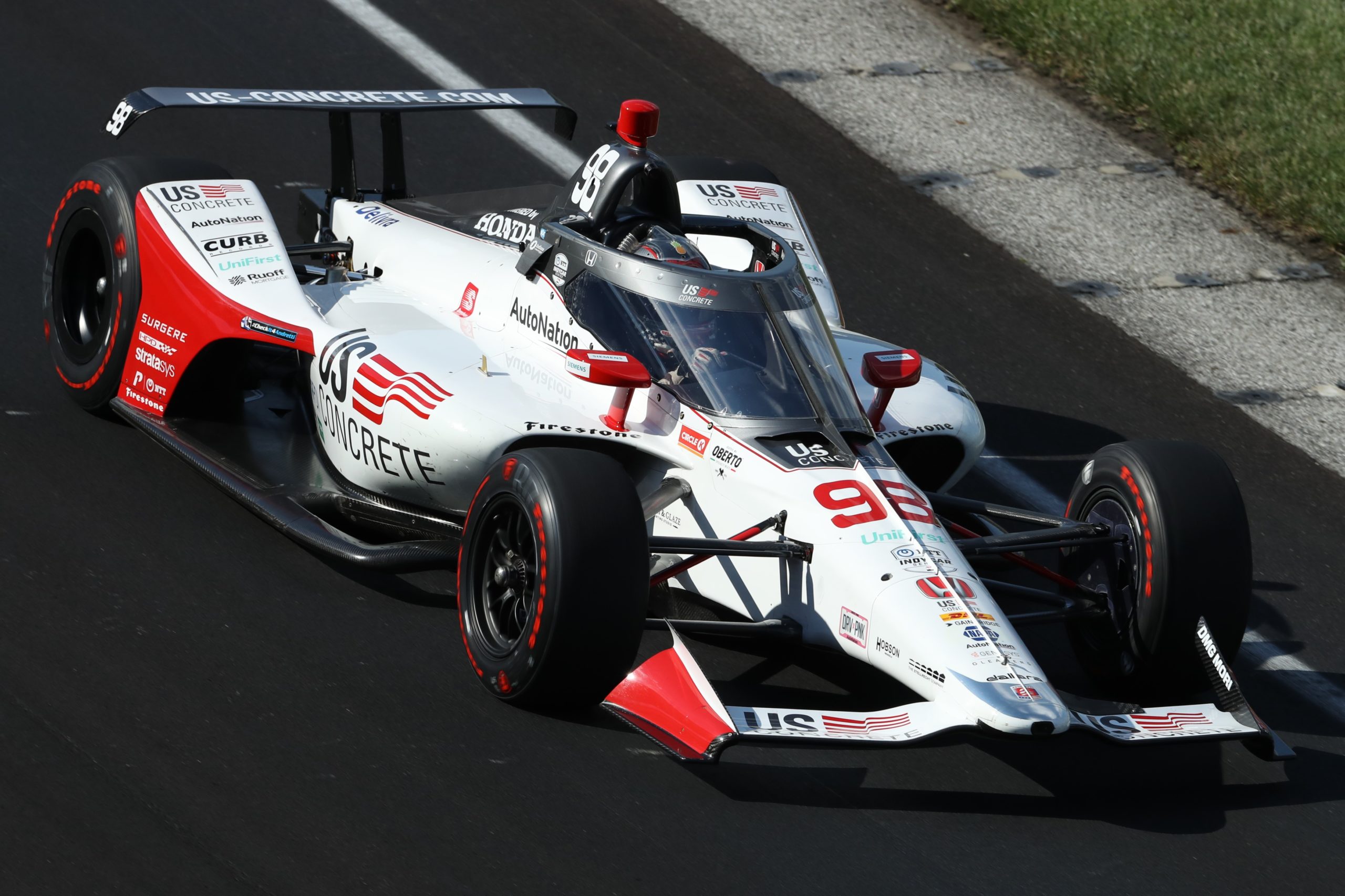 Andretti Motorsport has continued to lead the way as veteran Marco Andretti carried over his Friday speed at Indianapolis Motor Speedway to top Saturday qualifying for the Indianapolis 500.

Having set the fastest pre-race practice time since 1996 on Friday, Andretti had pace to burn and ended Saturday’s qualifications with a four-lap average of 231.351 mph (372.323 km/h).

The disparity between Honda and Chevrolet entries was further pronounced with sixth-placed Rinus Veekay the only Chevrolet runner in the top 12.

Alex Palou, Graham Rahal, and Takuma Sato rounded out the top nine ahead of Sunday’s fight for pole.

Andretti was pleased to make his Friday pace count in qualifying, having run in the afternoon heat after most of the quick times were set in the opening 90 minutes.

“Man, when it all comes together it’s beautiful,” Andretti said.

“The balance was great. Honda brought it this year, so thanks to them, and now we’ve got to do it one more time tomorrow.”

All 33 cars will then return for another practice session at 15:30 local time, with engines returned to 1.3-bar boost and cars running race set-ups.