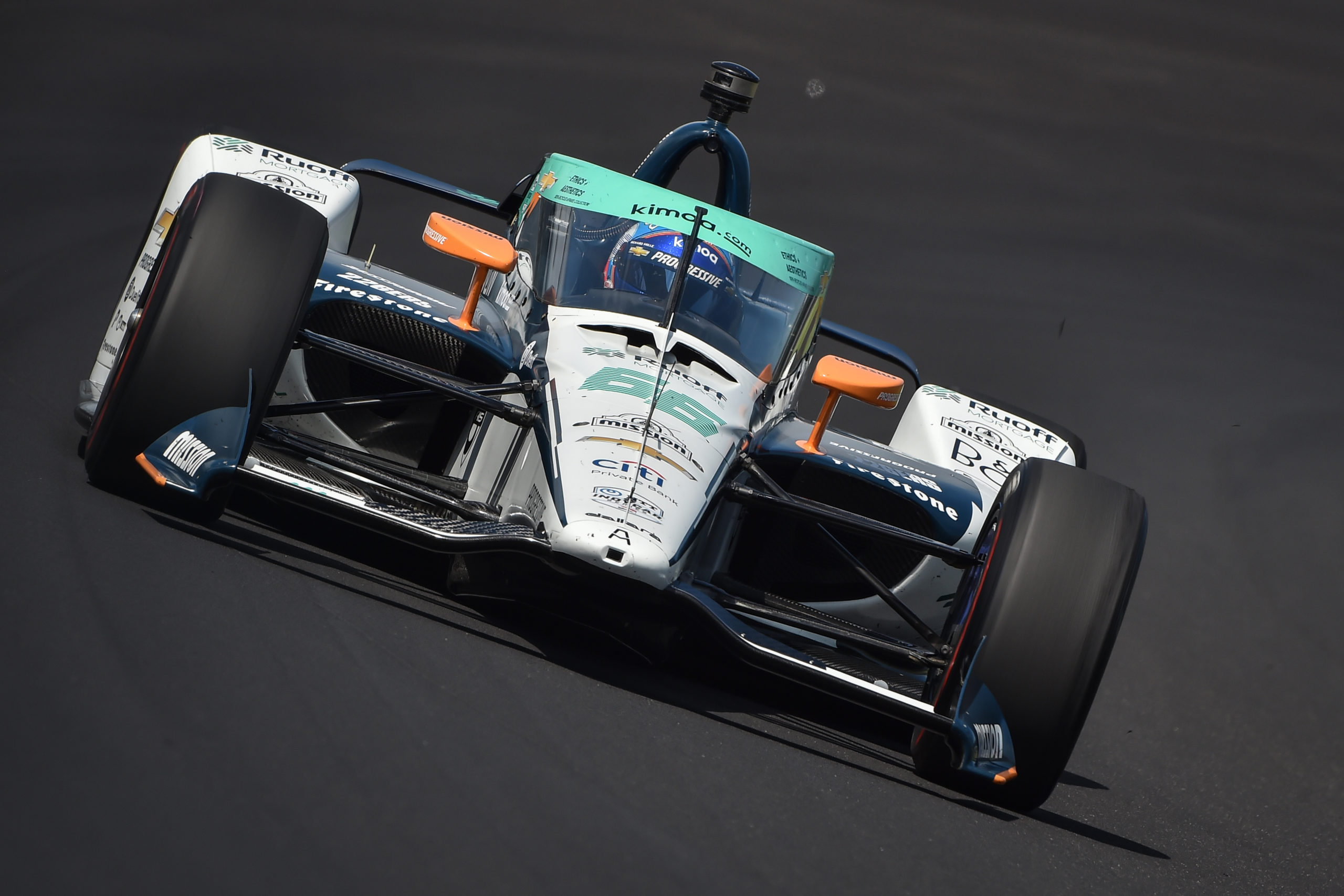 Fernando Alonso says he has regained confidence despite qualifying a lowly 26th for the 104th running of the Indianapolis 500.

Alonso began his third campaign at Indianapolis Motor Speedway with a crash late in Thursday practice, which proved a frustrating hiccup after the two-time Formula 1 champion finished in the top five on Wednesday.

Following his Thursday accident, Alonso has failed to trouble the frontrunners, finishing Fast Friday – the first chance to run at 1.5-bar boost – just 25th on the timesheets.

Come Saturday’s qualifying runs, the Spaniard failed to capitalise on a favourable draw to qualify on the ninth row on the grid for next week’s race.

“I feel good. Obviously we weren’t competitive enough for the top nine, so we wanted a solid run in with no lifts, no drama, and put the car in the show,” Alonso said.

“We weren’t as quick as we wanted, but we’ll work on the car. If we are at the back, we need a good car in traffic.”

Honda-powered entries filled 11 of the top 12 positions, with Dutch rookie Rinus VeeKey (sixth) the only Chevrolet runner to reach the Fast 9.

Andretti Autosport completed a top four lockout, with Marco Andretti following up his Friday speed with top spot on Saturday.

Team Penske’s quartet toiled, with reigning series champion Josef Newgarden the best of the four in 13th ahead of the team’s three Indianapolis 500 winners; Will Power, Simon Pagenaud, and Helio Castroneves, who will start from 22nd, 25th and 28th respectively.

While disappointed not to finish higher on the timesheets, Alonso suggested he would have more to show in the race.

“I think we are better in the race than qualifying pace. We have reasonable [race] pace,” the 39-year-old said.

“Yesterday we were a bit down, and today we will also be a bit down as a team.

“We have more confidence. Ideally, you want to start in front but let’s see how we go.”