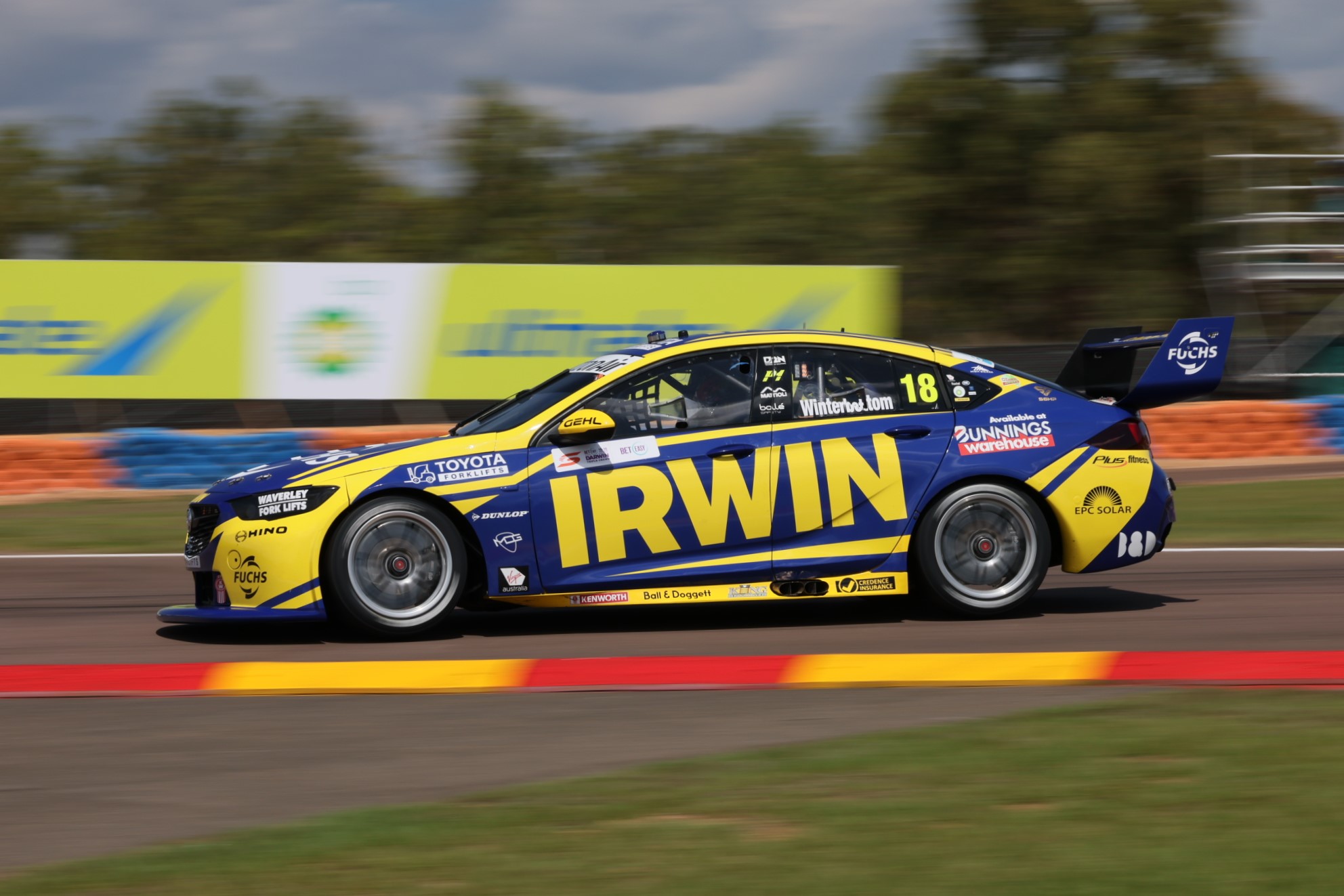 There were mixed emotions for Mark Winterbottom after two ill-timed Safety Car interventions starved him of a possible first win with Team 18.

The Irwin Racing driver opted to go aggressive on his tyre strategy in Race 13 of the season having qualified fourth.

After a brief battle with the Red Bull Holden Racing Team’s Jamie Whincup, Winterbottom assumed the lead and began to establish a gap over the seven-time champion.

However, that run was stifled with the first Safety Car intervention after Jake Kostecki was sent into a spin by Rick Kelly and became beached in the gravel trap at Turn 11.

Winterbottom duly pitted with the rest of the field and opted to switch from soft tyres to hard tyres, which saw him drop from first to fifth in the process.

After the restart, Winterbottom worked his way to fourth and with Whincup ahead receiving a 15-second post-race time penalty for a pit lane infringement, Winterbottom was effectively third.

However, Winterbottom was eventually caught and passed by DeWalt Racing team-mate who was shod with soft compound tyres. Ultimately, Winterbottom finished fourth with the penalty applied to Whincup.

“Far out, the Safety Cars were about 10 to 15 percent chance of happening and it just got me,” Winterbottom lamented after the race.

“At this end of pit lane, I got boxed in so we went back to the hard tyres. It didn’t really burn a lot out of the softs but what it does do is stop me from having two sets of green softs tomorrow.

“It was working well, I got the lead, had a reasonable gap and then the damn Safety Car… At this end of pit lane you get boxed in.

“But I’m rapt, Scotty got a podium there, fourth is a good result, I battled hard and felt like I earned my money today.”

Winterbottom said he was left “a bit frustrated” and noted that a helmet fan failure only added to his woes.

“The helmet fan stopped and I had a few things going on,” he said.

“The old blokes used to run with no cool suits and I’m in this middle age so it needs a bit more than a helmet fan not working to stop me.”