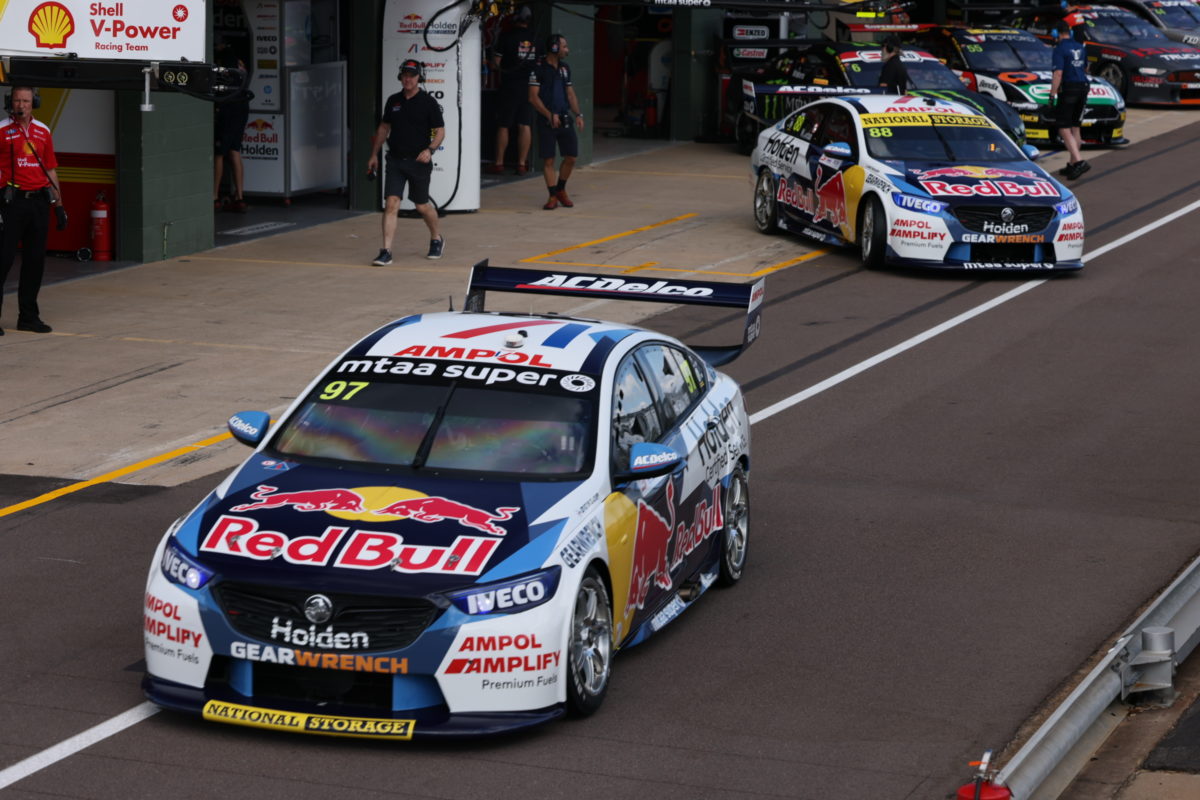 Triple Eight has been fined for breaches of regulations in practice and qualifying at the BetEasy Darwin Triple Crown, on top of multiple sanctions incurred in-race.

The Banyo team has been hit with a $1000 fine, of which $500 is suspended until year-end, after putting Jamie Whincup’s car on trolleys and wheeling it around in pit lane before all cars had returned from the race track at the end of Qualifying for Race 13.

Car #88 was at the centre of a transgression in Practice 1 as well, when it initially left its pit box with the air spike piece still attached, which a crew member had to retrieve before Whincup departed the lane entirely.

For that, it was fined half the amount, with half of that suspended for the same period.

“Triple Eight Race Engineering (Australia) Pty Ltd admitted to a breach in that Car #88 was placed on trolleys and was turned around in its pit bay before the final car had entered the pit lane,” read the stewards report regarded the qualifying breach.

On the practice infringement, stewards advised, “Triple Eight Race Engineering (Australia) Pty Ltd admitted to a breach of rule, following an incident with Car #88 entering the Fast Lane during the session with an air spike nozzle remaining connected to the Car.

“Rule D11.7.3 mandates that a Car must be completely free from all hoses and equipment before leaving its Pit Bay.

Those were the only matters revealed in the stewards report beyond what occurred on the race track across the day at Hidden Valley Raceway.

Whincup was slapped with a 15-second penalty during Race 13 for an unsafe pit release which saw him clatter into the side of Anton De Pasquale’s car, and ultimately relegated from third at the chequered flag to 17th officially.

In the other Red Bull Holden Racing Team entry, Shane van Gisbergen finished 11th having had to serve a drive-through for contact with Nick Percat on the opening lap which put the Brad Jones Racing driver into his own team-mate, Todd Hazelwood.

McLaughlin passed James Courtney before the Control Line at the first Safety Car restart, Kelly turned Jake Kostecki into a wall when he re-entered the circuit after tangling with Jack Le Brocq to cause that Safety Car, and Fullwood tagged Garry Jacobson late in the piece.