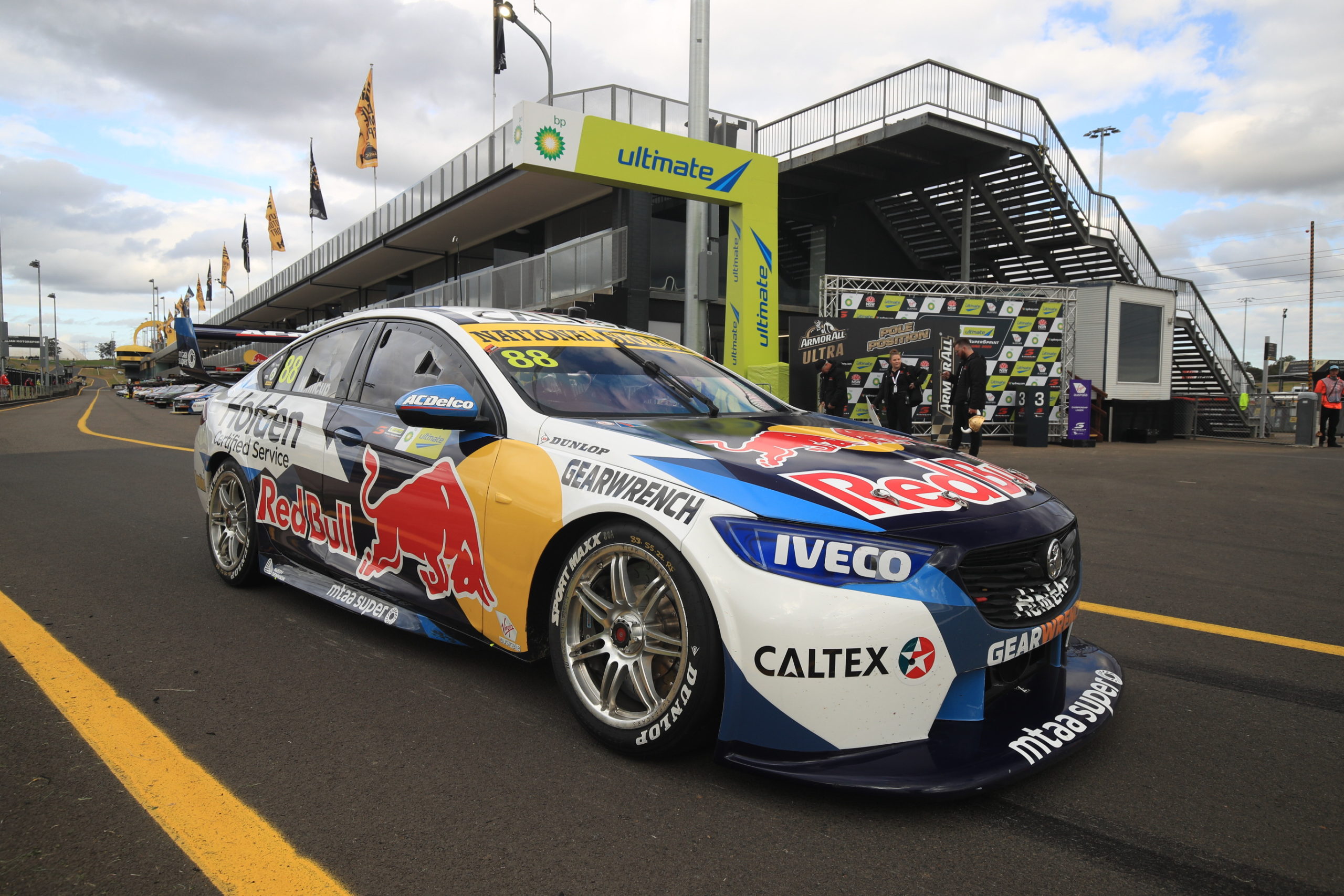 With up to eight possible on-track outings, teams will have to manage their tyre bank across the two-day event.

Speaking with Speedcafe.com, Dutton said the degradation and time disparity between the hard and soft compound tyre could be exaggerated at the BetEasy Darwin Triple Crown.

“Darwin, the last few years in particular, has had a lot less deg than it has in the past before it got resurfaced,” the Team Manager told Speedcafe.com.

“The research is a few years old now, but it was done really, really well. The really high quality mix doesn’t get a lot of running up there, but it’s lasted really well so it should have less degradation by a decent margin compared to Sydney Motorsport Park.

“What that does is it means that the hards are even worse because the gap between the soft and the hard doesn’t close nearly as quickly as it did at Sydney Motorsport Park.

“With the less deg, it can mean that what we saw at SMP two is only exaggerated, not lessened because of the deg.”

With significantly lower degradation than that of Sydney Motorsport Park in the events prior, Dutton believes teams may look to minimise their time spent on the harder tyre.

That could see drivers pit early to get off the slower hard compound tyre and try to run all the way to the end of the race on the softer tyre.

“The earlier they can change onto a faster compound, the better, if it lasts,” Dutton explained.

“So the fact that it should last longer here definitely means that you should see people, if they’re running that strategy tyre-wise, that they can look at stopping earlier.

“The flip side of that is, clearly if you’re in a position where there’s no immediate threat or reason to stop early, then you want to run a little bit later just to keep them a little bit fresher.”

The Red Bull Holden Racing Team drivers Jamie Whincup and Shane van Gisbergen come into Darwin off the back of a podium-less run.

It marked the first time since the midway point of the 2019 season that the team has completed a weekend without a podium for either of its drivers.

In hindsight, Dutton said he believed the team wasn’t quick enough from the outset and didn’t go aggressive enough on strategy.

At one point, van Gisbergen led the race, but surrendered the lead after he ran long on the first stint while others pitted early and received an undercut.

“It was one of those ones where, at that stage, we thought we were more wounded I think than we were,” said Dutton.

“So we didn’t throw him in the mix just to duke it out, just to fight it out and see where he ended up.

“Because if we had more pace we would’ve been further up the road and they wouldn’t have been passing us at that stage. Theoretically passing, pre us stopping, but we didn’t have the pace. In hindsight, we would’ve done that differently.

‘We didn’t roll out quite as quick as we wanted to and expected to,” he added.

“Probably we overreacted and then made some calls which ended up being the wrong calls because of not having enough pace out of the truck.

“So we saw that on Saturday night with Shane in particular; the way he ran early with the softs, got fresh air, then we went to the hard; no safety car with enough pace.

“That strategy can and probably should’ve won the race, but we didn’t have enough pace so we didn’t.

“Yeah, definitely made some mistakes with our set-up and pace, and then also some strategic ones.

“We’ve definitely been working hard analyzing everything we’ve done there to see if we can do a much, much better job at Darwin.”