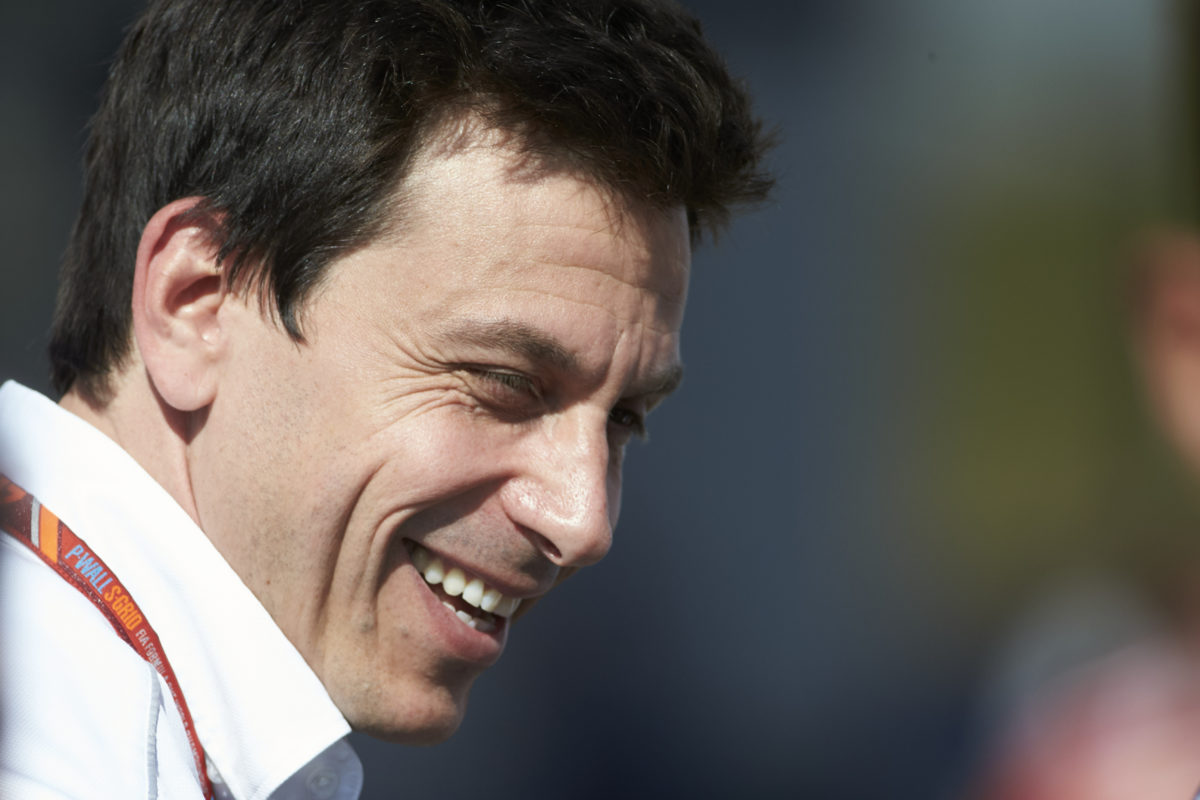 Team Principal of the squad which has dominated the sport throughout the current turbo-hybrid era, Wolff is out of contract at the end of the year.

It’s a fact which has triggered a period of introspection from the Austrian as he discusses the future with Mercedes CEO Ola Kallenius.

“I really have enjoyed many years in F1 in that role, and the discussions that we are having are very good,” Wolff said.

“I am happy that my relationship with Ola is probably as good as it can be, and we speak almost every day and there are many factors that make me want to stay in F1.

“On the other side, it takes a toll, and this plays into my consideration.

“But as it stands there is no reason not to continue with Mercedes, and we will find out in which role.”

Wolff has been one of the names linked with a move into the hierarchy of Formula 1, potentially as replacement for Chase Carey.

He is also a share holder at Aston Martin but has previously shot down suggestions he could take on an active role with the brand.

There’s also the possibility of simply staying put in the role he’s held since 2013.

“We want to do the best for the team and continue to see the team prosper,” Wolff reasoned.

“As I have said before, I really enjoy the role, and my plan is to continue.

“I enjoy what I do. I enjoy it mostly because I love to work with the people that are within the team.

“There is no better place for me to be in (than a) meeting room with the engineers, to sit in the garage and watch the great work that is happening around.

“I enjoy the battles that we have off track, I like to engage with our sponsors and partners.

Mercedes last week confirmed Valtteri Bottas would remain with the squad for a fifth year.

Lewis Hamilton meanwhile is yet to ink a new deal, with Wolff’s own future a factor in the Briton’s decision making process.

“It’s flattering that he says that it is dependent on what I do, but I think he doesn’t need me,” Wolff said.

“He has a great team there that will always support him.

“But as I said before, I haven’t taken the decision yet.

“These are discussions that are ongoing and that are positive and I enjoy them.

“I don’t want to give you the spin that I’m leaving, because that’s not the case.

“I’m in a moment of reflection, where Formula 1 is heading to, what is happening around the COVID case and also personal reasons that I said before.

“Susie is in a good place running a Formula E team and that means she’s away a lot.

“I’ve been to God knows how many races, 120 Formula 1 races, in the last eight years.

“That is something we’re thinking about.”

For its part, Mercedes has stated that it would like to continue with Wolff.

“It is our clear intention to continue competing in Formula 1 as a Mercedes-Benz works team in the years to come, and to do so with our managing partner Toto Wolff,” said a statement issued in May as speculation swirled regarding the brand’s future in the sport.

It was also reported at the time that there was a rift between Wolff and Kallenius.

Having begun life as a competitor himself, Wolff became a share holder of Williams in 2009.

In 2012 he was named Executive Director at Williams before taking up the same position with the Mercedes F1 team the following year after his company, Motorsports Invest, purchased a 30 percent stake in the operation.

Since then, Mercedes has won six drivers’ world championships and six constructors’ championships, winning 96 of a possible 145 races in that period.