McLaughlin edges Whincup to pole for Race 13 in Darwin

McLaughlin edges Whincup to pole for Race 13 in Darwin 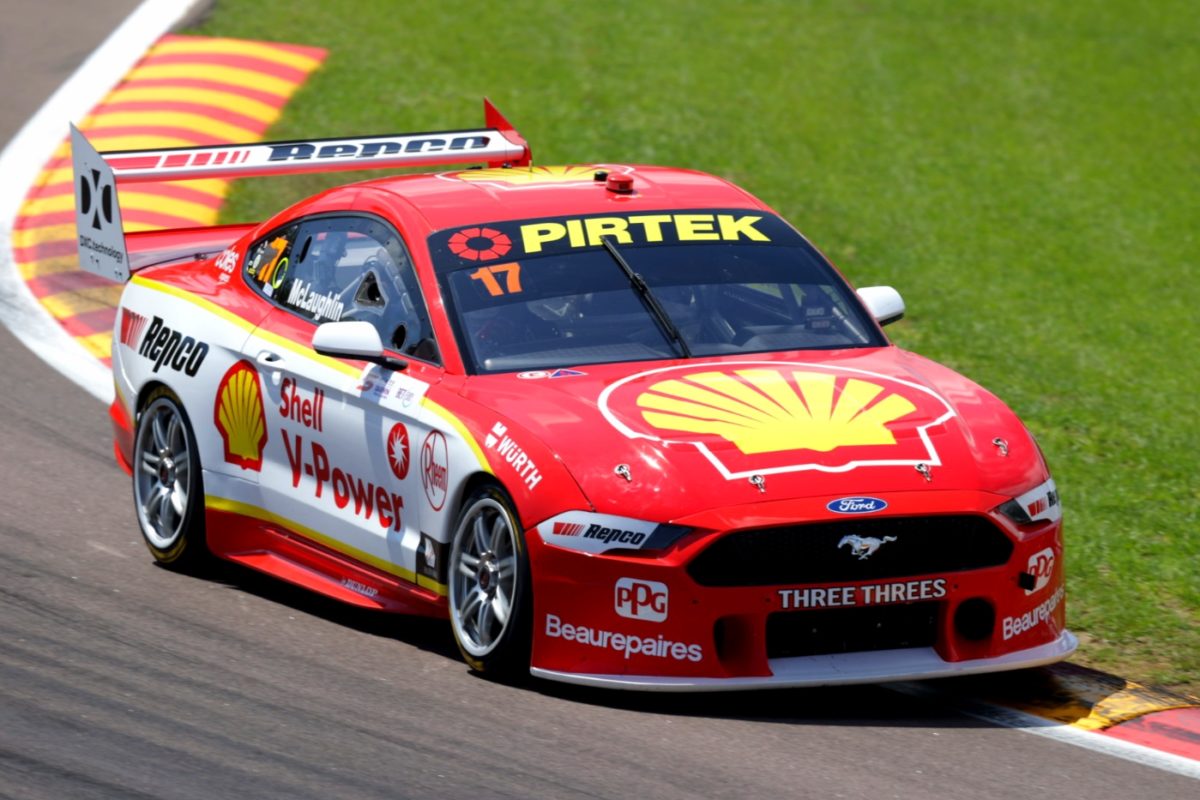 Scott McLaughlin has beaten Jamie Whincup to pole position for Race 13 of the Supercars Championship at the BetEasy Darwin Triple Crown.

With only Shane van Gisbergen to come, and the Triple Eight driver having already used all of the sets of hard tyres available to him for Saturday’s Qualifying and Top 15 Shootout, McLaughlin’s lap effectively settled matters at the very head of the starting grid.

Van Gisbergen ended up ninth while Chaz Mostert was the hard luck story of proceedings with a tailshaft failure in the #25 Mobil 1 Appliances Online ZB Commodore consigning him to 20th on the grid after being fastest in Practice 1 and second-fastest in Practice 2.

Whincup, who crashed his #88 ZB Commodore in practice, was only a provisional eighth before being the first man into the ‘sixes’ in the shootout.

McLaughlin was slower than Whincup to the first sector but more than made up for that with the fastest second and third sectors, setting a lap 0.1329s quicker than the previous fast man in total.

Mark Winterbottom moved up to the second row from a provisional ninth with a 1:07.1661s in the #18 ZB Commodore, while his former team-mate in Cameron Waters (#6 Monster Energy Mustang) recorded a 1:07.2441s to earn fifth on the grid.

The Penrite Racing entries will start sixth and seventh after Anton De Pasquale set a 1:07.2963s in the #99 ZB Commodore and David Reynolds logged a 1:07.3815s in Car #9, having dropped the right-hand wheels off the edge of the track exiting the final corner.

James Courtney, who escaped a Practice 2 prang largely unscathed, moved from a provisional 14th to eighth on the grid with a 1:07.4598s in the #44 Boost Mobile Mustang.

Todd Hazelwood (#14 Brut ZB Commodore) qualified a provisional sixth but dropped to 11th even if his 1:07.5558s, set on used tyres, was less than a tenth slower than his provisional qualifying time.

Nick Percat was next driver after Hazelwood, also on used tyres, and almost matched his Brad Jones Racing team-mate with a 1:07.5896s in the #8 R&J Batteries ZB Commodore.

Kelly Racing’s Andre Heimgartner similarly came up just shy of his immediate predecessor in the session with a 1:07.6070s in the #7 Ned Mustang.

Jack Le Brocq was first on-track for the shootout, with used tyres on the #55 Supercheap Auto Mustang, and set a 1:07.7819s after an untidy run through the slalom section at the end of the lap.

Van Gisbergen was fastest in both 10-minute stanzas which preceded the shootout, although he only made his passage safe right at the end of each.

As it turns out, van Gisbergen would have just made it to the one-lap dash without that final lap, but Lee Holdsworth was subsequently knocked out by Percat with the chequers out.

The seven-time champion was late to start due to his earlier mishap and was then held in the shed a little longer still, in the hope of finding a break in traffic.

Just as Whincup went out, with around five minutes remaining, Mostert pulled off after encountering a vibration and then losing gears in Car #25. 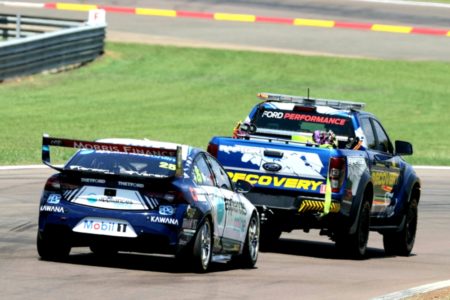 The Walkinshaw Andretti United pilot triggered a red flag having had to park just inside the exit of Turn 1 and while he got through in 11th even with his second-best lap time, he is set to start 20th later today having been unable to take part in the rest of the session.

Once the incident was cleared, Whincup blemished his first flying lap and the second was only good enough for ninth at that point, out of danger but bumping van Gisbergen to 21st.