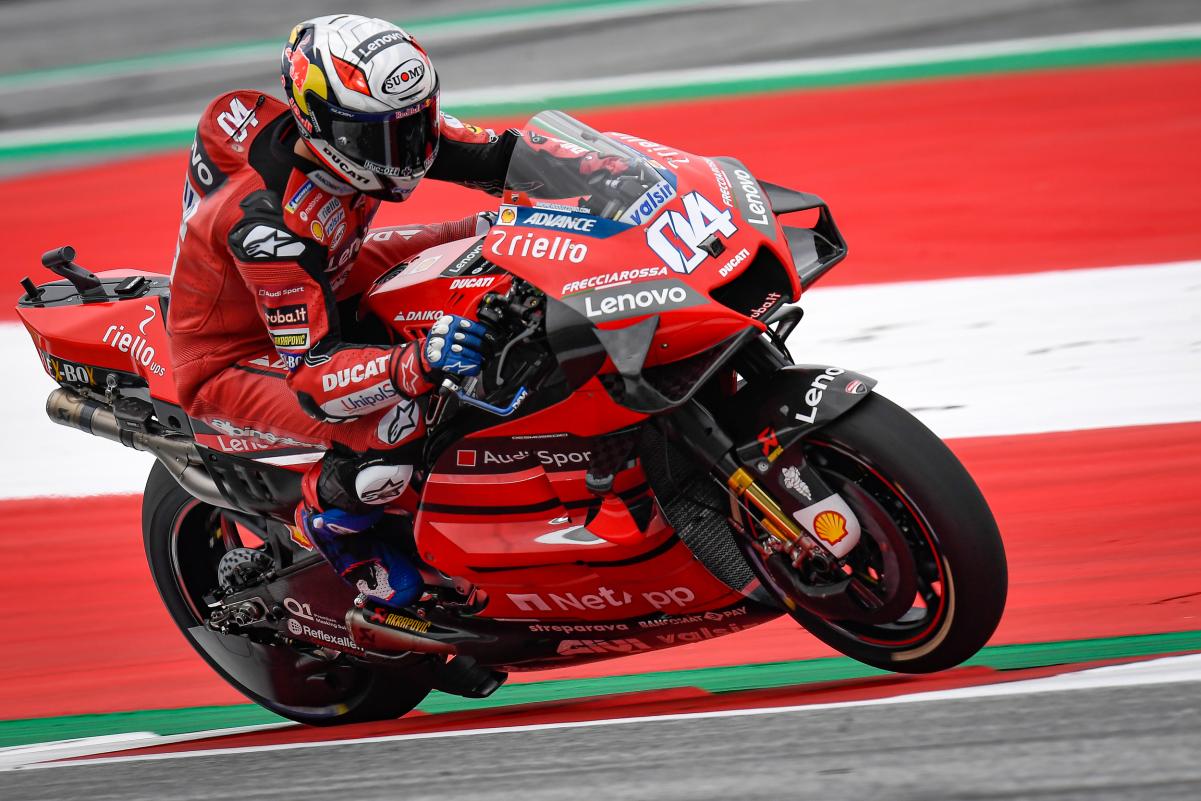 Ducati Team Manager Davide Tardozzi has stated that the Bologna marque will make a decision about Andrea Dovizioso’s future after the rounds in Austria this weekend and the next.

Jack Miller’s promotion from Pramac Racing to the factory team is thus far the only Ducati seat confirmed beyond the end of the present MotoGP campaign.

Talks with Dovizioso have dragged out due to disagreements about what the Italian, who has finished runner-up in the championship for the last three years, should be paid.

According to Tardozzi, matters will come to a head shortly.

“As we have always said, we will make a decision after these two races in Austria,” he told Spanish network DAZN at the Red Bull Ring.

“(It is) A decision that won’t be conditioned by sporting results and it is not just the last race that will be taken into account.”

Dovizioso’s manager, Simone Battistella, has stated that his client could be willing to take a sabbatical in 2021 rather than taking an unfavourable deal with Ducati.

If that does come to pass, possible outcomes include a Jorge Lorenzo comeback to racing and Francesco Bagnaia making the same step as Miller, his current team-mate.

Asked about Lorenzo coming out of retirement, Tardozzi responded, “Jorge is an important rider for us.

“He won with us and we keep him in our hearts. We will see.”

Ducati controls the seats at both its works team and Pramac, and Bagnaia could well earn the call-up according to the latter squad’s Team Manager, Francesco Guidotti.

“We are waiting for Ducati, Ducati’s decision,” Guidotti told DAZN.

“On the one hand, we hope that Pecco will stay with us and on the other, it would be a double satisfaction to have our rider in the official team next year because it is part of our job, to train riders who can reach the official team.

Dovizioso was the fastest of the Ducati riders in Friday practice for the Austrian MotoGP at the Red Bull Ring with a 1:24.237s which left him second to Pol Espargaro (Red Bull KTM Factory Racing) in Free Practice 1.

Miller topped a weather-affected Free Practice 2 but remained eighth on combined times with no rider improving in the latter session of the day.

Should more rain fall over the Red Bull Ring today, the FP1 results could therefore decide the starting order for qualifying.

Free Practice 3 starts at 17:55 AEST, followed by the Free Practice 4 session which leads into qualifying from 21:30 AEST.