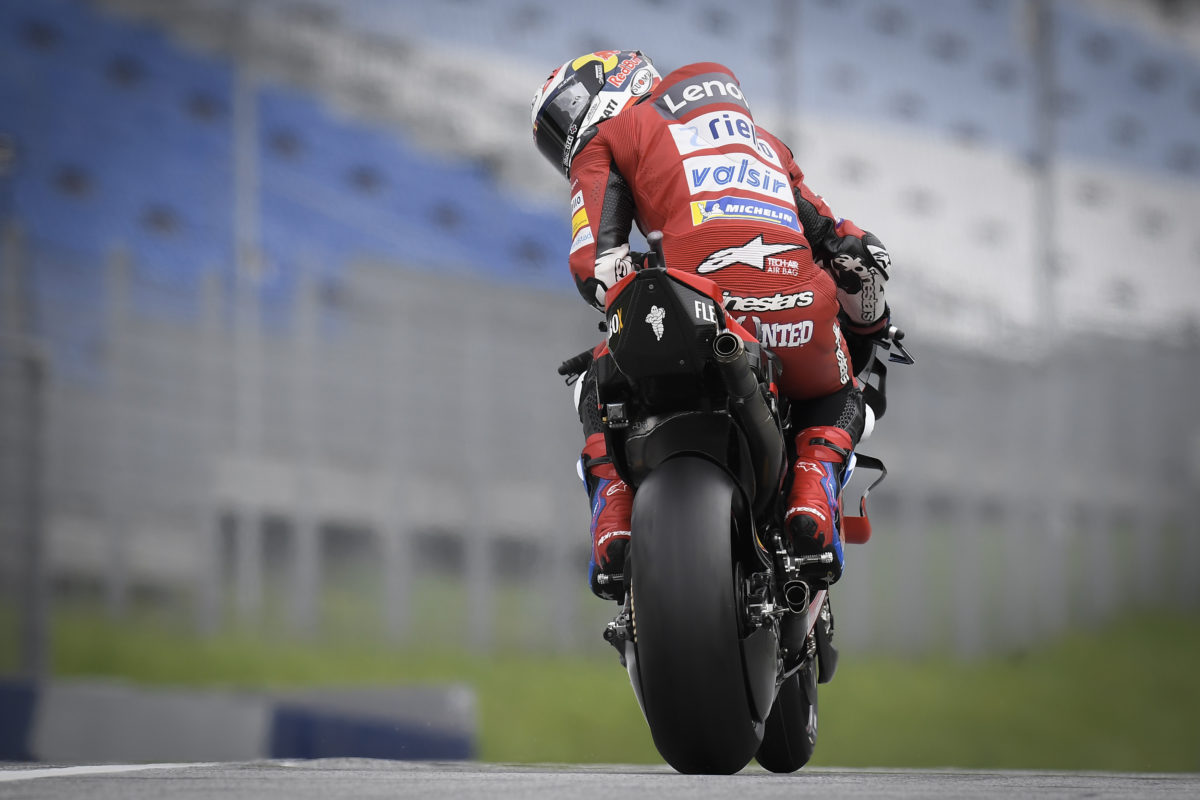 Andrea Dovizioso will exit Ducati at the end of the 2020 MotoGP season, his manager has confirmed.

Ducati Team Manager Davide Tardozzi had only just advised earlier in this weekend’s Austrian Grand Prix event that a decision would be made regarding Dovizioso after the pair of races at the Red Bull Ring are done.

Now, however, Simone Battistella has announced on Italian television that his rider will indeed split from the Bologna marque after the current campaign.

“We communicated today to Ducati that Andrea does not intend to continue for the next few years,” he told Sky Italia.

“He now wants to focus on this championship, on these races, and let’s say we don’t feel the conditions are right to continue in the future.”

Reports had the negotiations dragging out due to a failure to agree to financial terms, although Battistella said, “In practice we have never talked about the economic part so far.

“There have been no proposals or negotiations (for 2021).”

Having previously stated that Dovizioso would consider a sabbatical next year, Battistella also remarked, “Andrea intends to continue racing, of course, if he finds a suitable programme and proposal to do so.”

Tardozzi told the television world feed during Free Practice 4 at the Red Bull Ring, “Well, there were not the conditions to go on together, and the decision is to quit in 2021, the relationship, while we are so close in trying to win these championships.”

Asked if he had an idea when a new rider will be decided, Tardozzi responded, “No, we take some time to make some consideration, then in the next weeks I think that we will inform everybody.”

Both the currently retired Jorge Lorenzo and Pramac Racing’s Francesco Bagnaia had been linked to the seat in the event of a Dovizioso-Ducati split.

Should it be the latter who gets the nod, he would remain team-mate to Jack Miller after the Queenslander was announced as Ducati’s first signing for 2021 in May.