Commanding Mercedes on top after practice

Commanding Mercedes on top after practice 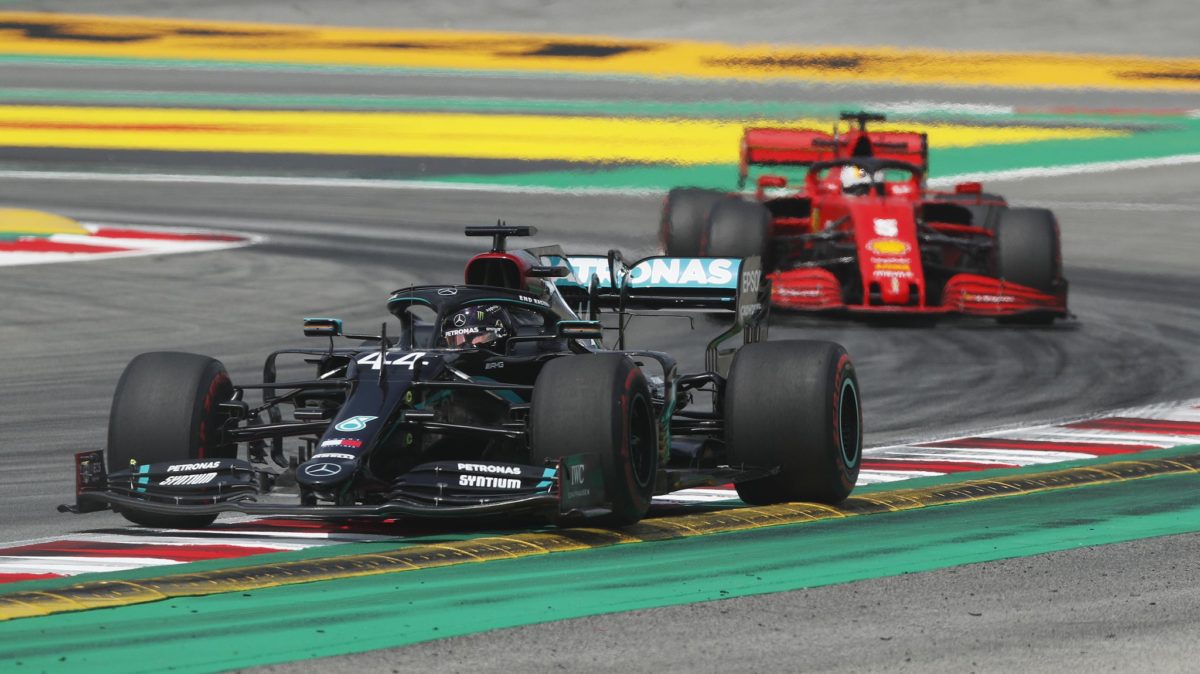 Third fastest in both instances was Max Verstappen, more than eight tenths slower in the afternoon.

Temperatures rose from the second session which saw a number of drivers struggling to keep their tyres cool enough to extract single lap pace.

It also meant the fastest times were not as rapid as what had been managed earlier in the day, Bottas’ 1:16.785s lap a tenth quicker than Hamilton could muster later in proceedings.

Early running in Practice 2 was, for the large part, completed on the soft compound tyres before teams switched to a mixture of hard and medium compounds for their race simulation runs.

That saw Bottas lumbered with the harder compound Pirellis for the latter part of the session while Hamilton gathered data on the mediums.

At Red Bull both Verstappen and Alex Albon sampled the medium and softs, though Albon ended the session in 13th and more than 1.6s adrift of Hamilton, and eight tenths down on his team-mate.

Daniel Ricciardo climbed up the order to claim fourth fastest with a 1:17.868s, a 1.4s improvement on the time that left him just 18th in the opening session.

An improved showing from Haas saw Romain Grosjean fifth in Practice 2, climbing one spot from Practice 1.

The Haas driver banked a fastest time of 1:18.291s in opening practice, shaving a little over a tenth off his effort earlier in the day despite the hotter conditions.

His performance came at the expense of Charles Leclerc, who slipped from fourth to seventh between the two sessions.

The Ferrari driver had been 1.185s off the outright page, with Sebastian Vettel all but matching him in the morning, but dropped a tenth in Practice 2.

Vettel slipped 1.5s off the pace in the afternoon session as he slid to 12th in the standings.

An out of character day saw George Russell rooted to the foot of the timesheets.

The Briton sat out opening practice in favour of Williams’ reserve driver Roy Nissany, who put in a respectable performance to be within two tenths of regular driver Nicholas Latifi.

Russell was three tenths shy of his Williams team-mate at the end of the session, having chalked up 38 laps in the process.

Nissany’s copybook was not perfect, with a blot coming courtesy of a spin at La Caixa from which he was able to gather the car back up and carry on.

There was an off-track excursion for Bottas too, the Mercedes driver understeering off at Banc Sabadell (Turn 12) and running through the gravel in Practice 2.

In the same session, a moment for Grosjean saw the Frenchman slow on track before reporting an engine problem back to the pits.

Able to carry on, his car was checked over by the team before being sent back out on track with no further evidence of issues.

The Spanish Grand Prix weekend continues with final practice on Saturday ahead of qualifying commencing at 23:00 AEST (15:00 local time).