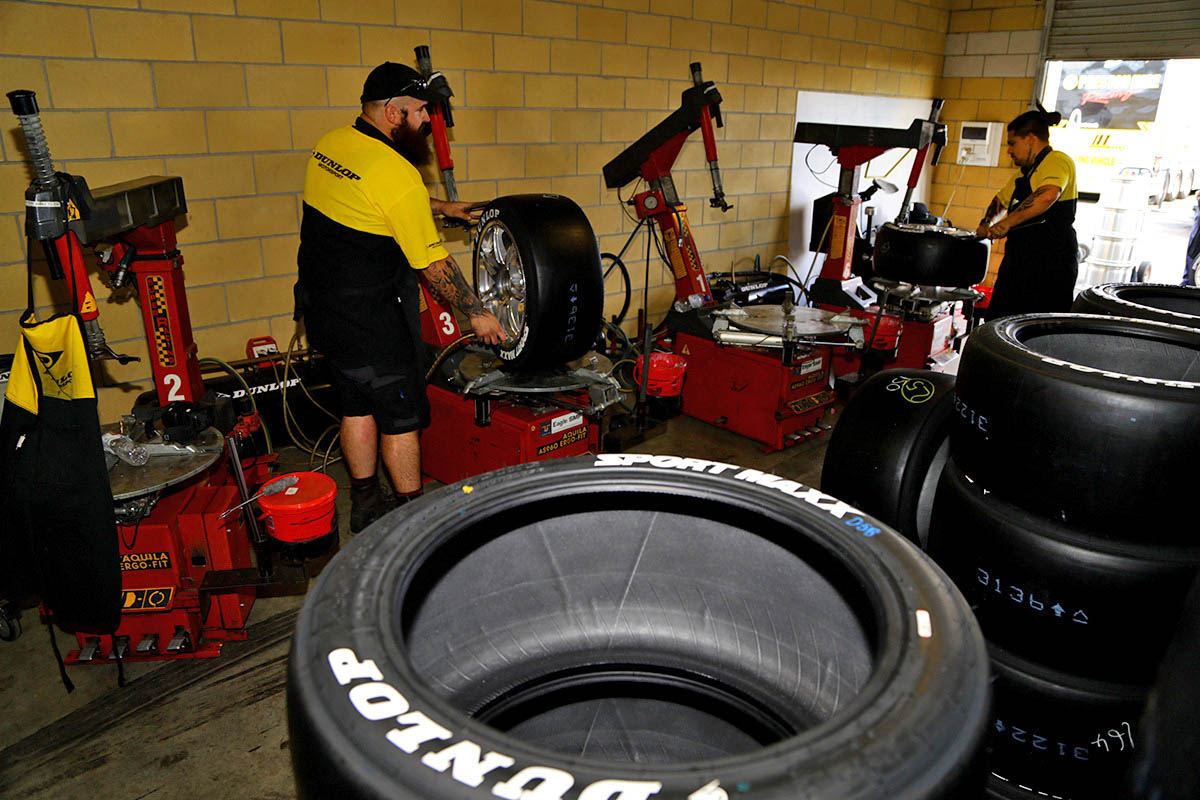 Supercars has been experimenting with mixed tyre compounds in races lately

Adrian Burgess says Supercars will evaluate whether it continues with mixed tyre compounds in 2021 as it looks to strike a balance for drivers and fans.

Following a three-month break from racing, the resumption of racing has seen Supercars experiment with its tyre allocation and compounds.

At the first Sydney SuperSprint, each car was limited to five sets of soft compound tyres across qualifying, the top 15 shootout, and three races.

Similarly, the allocation remained the same for the second Sydney SuperSprint, however, a mix of compounds was used in the second instance with two softs sets and three hards.

The same set-up will apply for the forthcoming double-header in Darwin with the mixed compounds returning for the BetEasy Darwin Triple Crown and soft tyres only for the CoreStaff Darwin SuperSprint.

Speaking on The Loud Pedal podcast, Burgess, Supercars’ Head of Motorsport, said the decision to designate some events with mixed compounds came after the New Zealand leg of the championship was cancelled.

Category management was left with an abundance of hard compound tyres in its cache that needed to be used.

The decision to mix compounds also came off the back of a growing awareness Supercars wanted to spice up its racing.

“It’ll be good for all the teams to try and get some more exposure. Everyone is doing it tough. Everyone is trying to keep sponsors held down and renew them for next year. It’s a real tricky one because you don’t want to come across as fake and artificial racing.

“We considered reverse grid races, different tyre formats. When New Zealand was postponed I had a good quantity of hard tyres that were allocated to that event.

“We quickly thought; we can mix these, feed these in at normal events where we would just be on one compound. We can try and add more strategy into the racing, give us the opportunity to have more leaders of the race, overtaking, different podium place getters.

“We agreed on certain events that we would trial it. It’s since been that we’ve ended up doing double-headers at those circuits. So then we’ve said we’ll do one weekend as a mixed tyre format and then we’ll back it up the following weekend with all soft for example.”

Ultimately, Burgess said he’s been encouraged by what he’s seen so far, though he’s conscious that the sport needs to find a balance so to not look artificial.

“I think you look at the product on the TV and it was incredible,” he said.

“The racing was incredible. You look at that on one hand, equally, you’ve got the purists and the race who just wants to go racing and the quickest guy should win, those guys still do win.

“Scotty Mac still won the round in SMP, but you were seeing battles all through the field. Four cars on that last lap fight for the lead was incredible.

“Whilst the racing has been exciting, we’ve got to be careful that we don’t over complicate it where the layman can’t actually keep up with what’s going on,” he added.

“That’s where we’ve got to get the balancing act.

“If someone turns the TV on and they see a driver leading that you’ve never heard of before, you’ve got to be careful you don’t switch people off because we have made it too artificial.”

Burgess said category management will take stock of the races to date to make decisions beyond the 2020 season.

That will include analysing statistics, such as unique leaders, overtakes for the lead, overtakes in the pit lane, and overtakes on track.

“I think this year we’ve just got to look at this as a year to try stuff,” he said.

“But let’s experiment now while we’re in these uncertain times and we’re working a little bit off the cuff and responding week-in-week-out to the situation we’ve got.

“We’ll get to the end of the year and look at it in far more detail and consult all the people we need to consult and then draw some of the positives for next year.