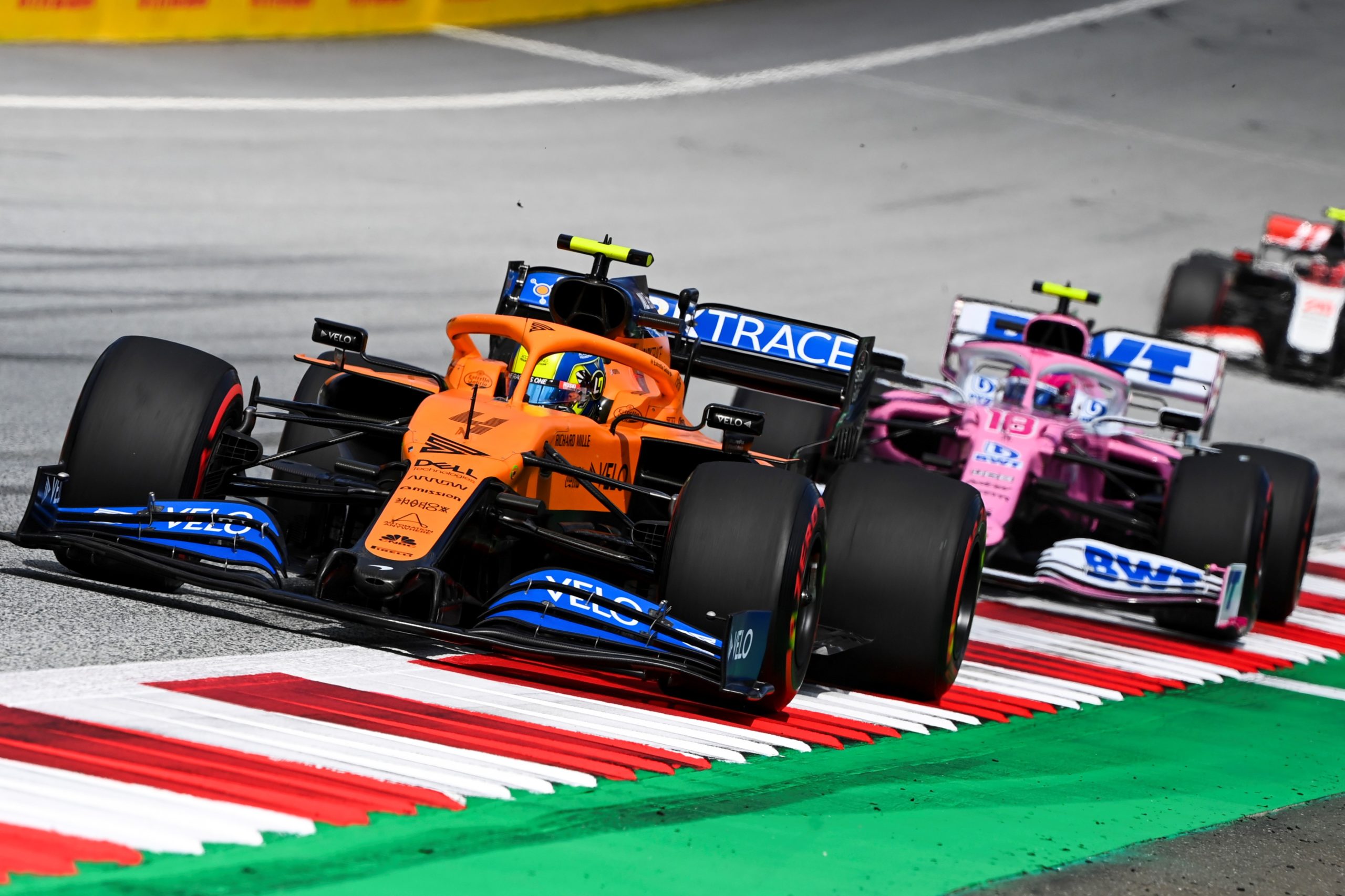 McLaren was among the teams to appeal the decision by the FIA after Racing Point was handed a EUR 400,000 fine and deducted 15 points.

It later revoked its appeal alongside Williams, while Renault, Ferrari and Racing Point itself will appeal the decision.

Claims that the Racing Point ducts were designed based upon photographers were labelled “BS” by Brown during last weekend’s 70th Anniversary Grand Prix.

Brown has a sizeable historic motor racing collection and has raced Formula 1 cars from the ‘70s, ‘80s, and ‘90s.

“He’s got no idea what he’s talking about, zero,” said the Racing Point boss.

“And I’m surprised at how little he knows about the rules of F1. It seems to me he knows more about historic racing than he does about F1.”

When asked during the Friday press conference at the Spanish Grand Prix to respond to those comments, Brown was quick to throw shade back at Szafnauer, suggesting this year’s RP20 was “historic” given its aesthetic likeness to last year’s W10 by Mercedes.

“Look, I thought a lot of what Otmar said was accurate,” said Brown.

“I think Otmar thought it was seven-and-half points until Sky Television pointed out it was 15 points.

“As far as historic racing, I think people that know me, know I enjoy historic racing and I’d invite Otmar to come join me because he’s got a historic car that he’s currently racing.

“So you know, that’s all part of the race weekend fun.”

While McLaren has withdrawn its appeal, Renault has doubled down, Abiteboul suggesting that Racing Poing should have all points stripped from races where it was protested against.

As it stands, McLaren sits fourth in the Constructors’ Championship on 53 points ahead of Racing Point which now lies fifth on 43 points.

If not for the penalty, the team would be ahead of McLaren with 56 points. Renault, meanwhile, sits sixth with 36 points.

Brown said that he anticipates further measures may be taken by the FIA to ensure a repeat of the brake duct issue doesn’t occur.