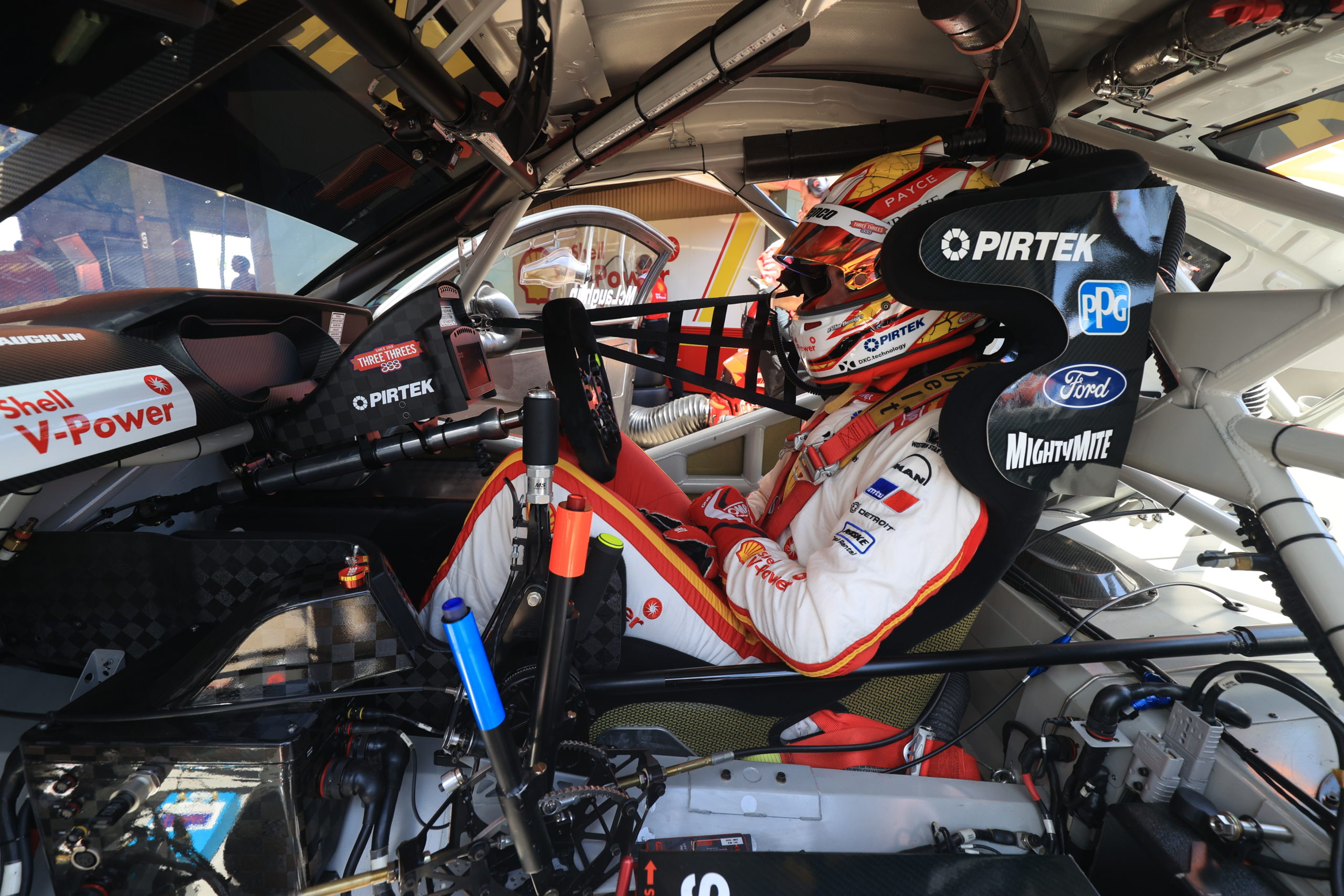 In the end, he edged out Jamie Whincup of the Red Bull Holden Racing Team by 0.1329s, who had battled through issues of his own earlier in the day.

The cramp began just as McLaughlin came onto the front straight to start his flying lap. Despite that, he completed the lap quickest of anyone in the Top 15 Shootout.

McLaughlin said during his cool-down lap he wasn’t sure why he was suffering, but needed to “tune it up” himself with no physio on site.

“It’s not too bad, I’ve got to harden up a little bit,” said McLaughlin

“I have it from time to time because of how I set my arm when I turn the car and when I turn more left-hand corners, which is what happens here, it does tend to get a bit sore.

“It doesn’t happen every track but just some tracks.

“It started coming in and I’m like ‘ah, that’s not good’ and then I tried to stretch it out before Turn 1 and then I was like ‘I’ll just have to press on,’ but it wasn’t too bad.

“but it was just niggling there towards the end of the lap.”

In the Darwin heat, McLaughlin said he may need to hydrate more to avoid a repeat situation during the race.

“I need to look after myself a bit better but it’s continually keeping hydrated,” he added.

“It was so hot like at the start of the day, doing the race runs that we were doing.

“On the race runs in practice you try and go as hard as you can so you know the deg levels and I was blowing miles. I felt like I was on a run.

“It’s pretty tough and It’s tough on the crews especially, the turnaround time is unbelievable but it’s good for us and great on-track racing.

“I’m trying to do as many track walk notes as I can because we’ve got to remember that we’re coming back here next week. I’m always trying to keep on top of that but it’s been pretty tough.”

McLaughlin wouldn’t be drawn on his strategy for the forthcoming race, which affords drivers the opportunity to use either hard or soft compound tyres.

Drivers will be required to make one pit stop in which they must a minimum of two tyres. Refuelling isn’t allowed.

McLaughlin suggested the hard tyre might be competitive enough to hold back those who go aggressive on soft tyres and look to come through the field.

“With low deg here, it’s not going to be too bad in regards to what strategy you run, whether people just run hards today and have their softs for tomorrow,” said the Kiwi.

“It’ll be interesting what everyone does. I think if you’ve got a fast enough car, you might be able to hold off some people that run the soft tyre today so we’ll see what happens.

“I don’t know what I’m going to do. There’s a mad Frenchman in there and he always tells me what he’s going do and he changes it at the last minute anyway.

“Ludo has been absolutely into me, he’s had a week with me to get into me about all that stuff. He loves to chat and he certainly has been drumming that into me the last few days.”