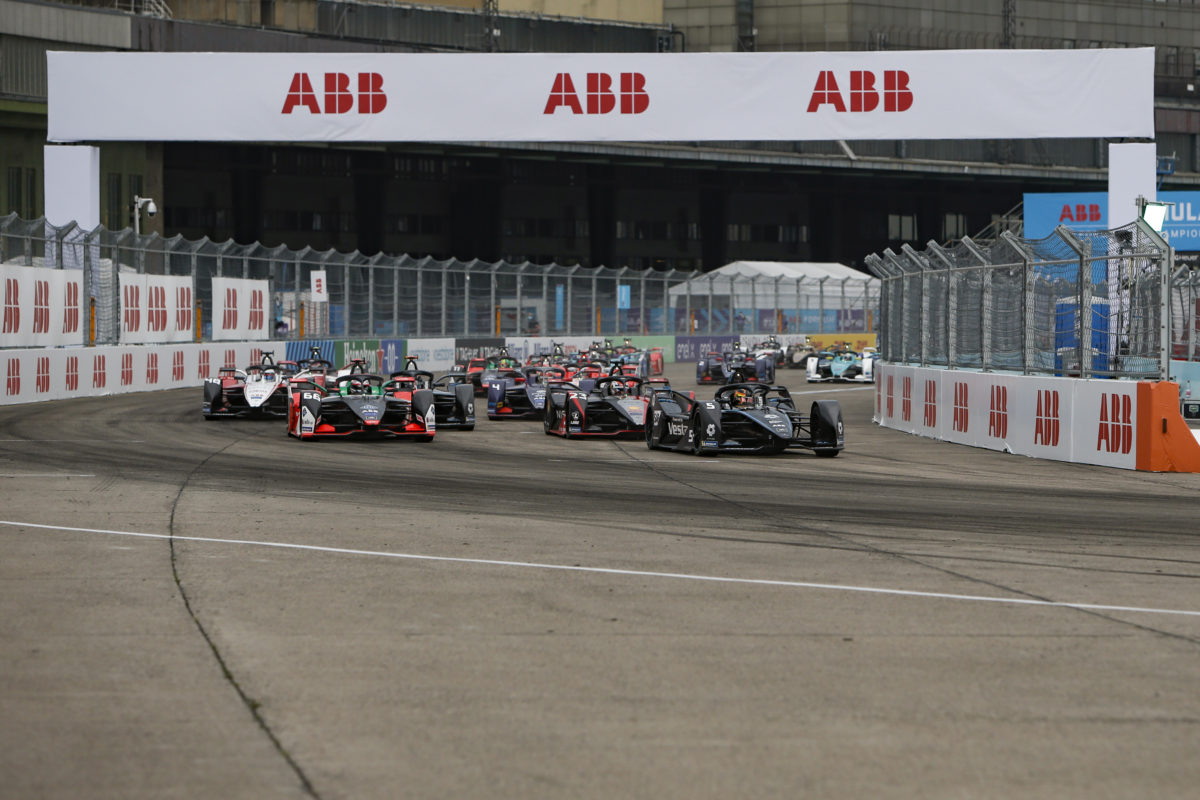 Stoffel Vandoorne leads at the start

Vandoorne headed home team-mate Nyck de Vries to hand Mercedes a one-two, securing second place for himself in the championship in the process.

The race’s final podium spot went the way of Sebastien Buemi, the Nissan e.dams driver having had two separate spells at the front of the race.

A squabble between Buemi and Rene Rast into the opening turn allowed pole-sitter Vandoorne an unrivalled early lead.

The Belgian then opted to activate his Attack Mode on Lap 7, moving off line and dropping to second as a result.

He reclaimed top spot from Buemi at the start of Lap 8 as the race settled down through the middle phase of the encounter.

Vandoorne’s second Attack Mode activation in the latter stages saw the Mercedes driver again fall behind Buemi at a time which left him strategically vulnerable.

However, the pole-sitter was able to re-pass the Nissan driver to resume the lead which he would then hold to the chequered flag.

Needing to conserve his energy in the closing stages, Buemi was then easy prey for de Vries who demoted the 2015-16 champion to third.

The Swiss driver was able to hold on to the final podium place, finishing 1.5 seconds in arrears of de Vries and 0.7s ahead of Rast in fourth.

Fifth went to Sam Bird, who’d risen from 14th on the grid, while seventh place for Jean-Eric Vergne meant he fell to third in the championship standings.

In the teams’ classification DS Techeetah dominated the season to end the campaign with 244 points, well clear of nearest rivals Nissan e.dams on 167 and Mercedes on 147.

The 2021 season, the first Formula E season not scheduled to span calendar years, begins in Chile in mid-January.