Silverstone qualifying ‘not a freak one-off’ for Ricciardo

Silverstone qualifying ‘not a freak one-off’ for Ricciardo 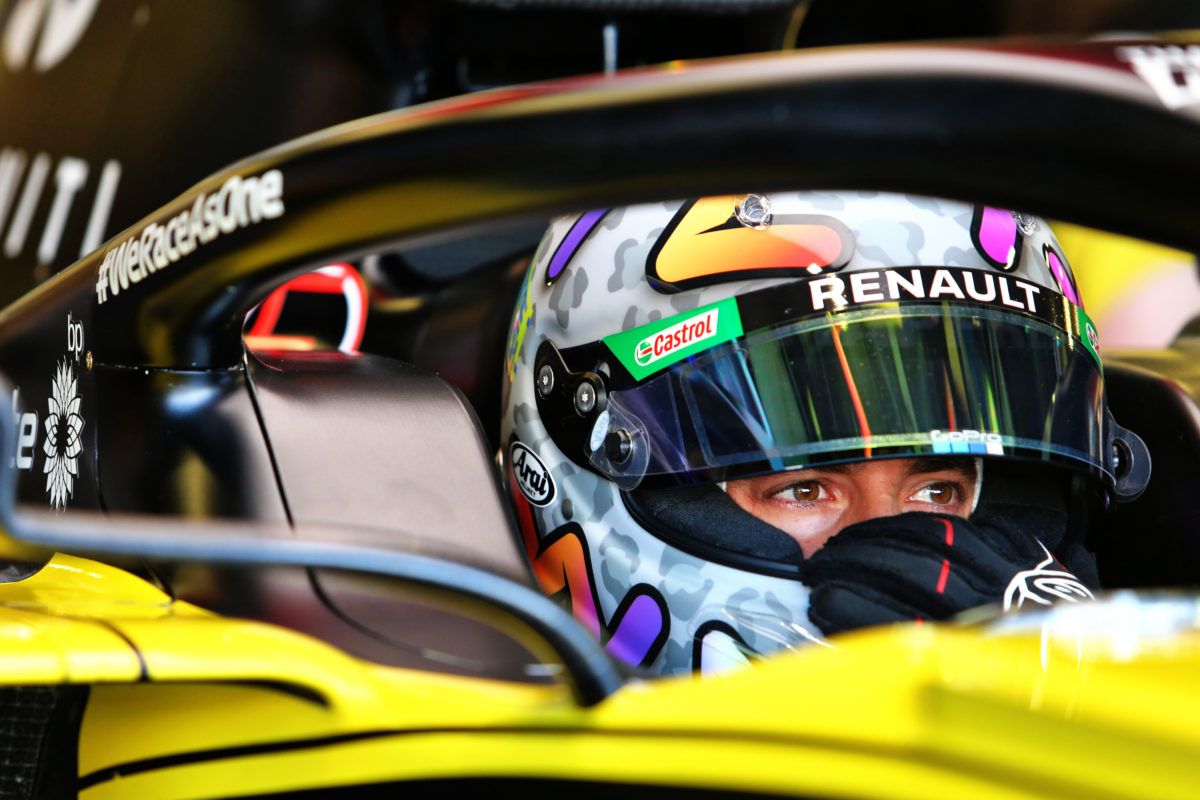 Daniel Ricciardo believes he and Renault are genuine contenders for a berth in the final phase of qualifying at every grand prix and his result last time out was “not a freak one-off”.

The Australian qualified fifth on the grid at Silverstone for the 70th Anniversary Grand Prix last weekend, having qualified eighth and finished fourth a week prior at the British Grand Prix at the same venue.

“It’s not a freak one-off, it’s there, or at least I feel it is,” Ricciardo said ahead of this weekend’s Spanish Grand Prix.

“Is it going to be there every weekend? Maybe a top five could be a stretch but I think we definitely proved we’re a Q3 car.

“I think the only way we miss out on Q3 is if we make a mistake, but if everything is running smooth we should be there.”

Fourth place in the British Grand Prix equalled his best finish for Renault, having snared the same result at the Italian Grand Prix last year.

The seven-time grand prix winner joined the French marque in the hope of helping lead its charge towards the front of the F1 grid.

That relationship, however, is set to come to an end with Ricciardo heading to McLaren in 2021, potentially without a podium in more than two years.

“Yeah, I’d be lying if I said no,” he admitted when asked if it would be a disappointment to leave the squad without a podium finish.

“It’s more if the opportunity presents itself and we miss out on it, then I’d be disappointed, but if I race every race my hardest and I finish sixth every race, then I’m probably not going to be devastated.

“But I do want to stand back up there and be delivered a trophy on a robot or whatever they’re doing now, I miss that. And I’ll probably get a fine for drinking out of my shoe, but it will be worth it.”

The 2020 season has started off more strongly than the previous campaign for Ricciardo.

“I feel it should be even more”, Ricciardo admitted.

“The car certainly has made a big step forward and it goes back to the first practice in Austria.

“After such a long break I jumped in the car and it kind of felt easy, it was nice to drive and it was just there from the get go.

“So it’s been strong; 20 points is great but there’s more in that, so it’s considerably better.”

Formula 1 lines up for Round 6 of the 2020 season for the Spanish Grand Prix this weekend, opening practice commencing at 19:00 AEST this evening.