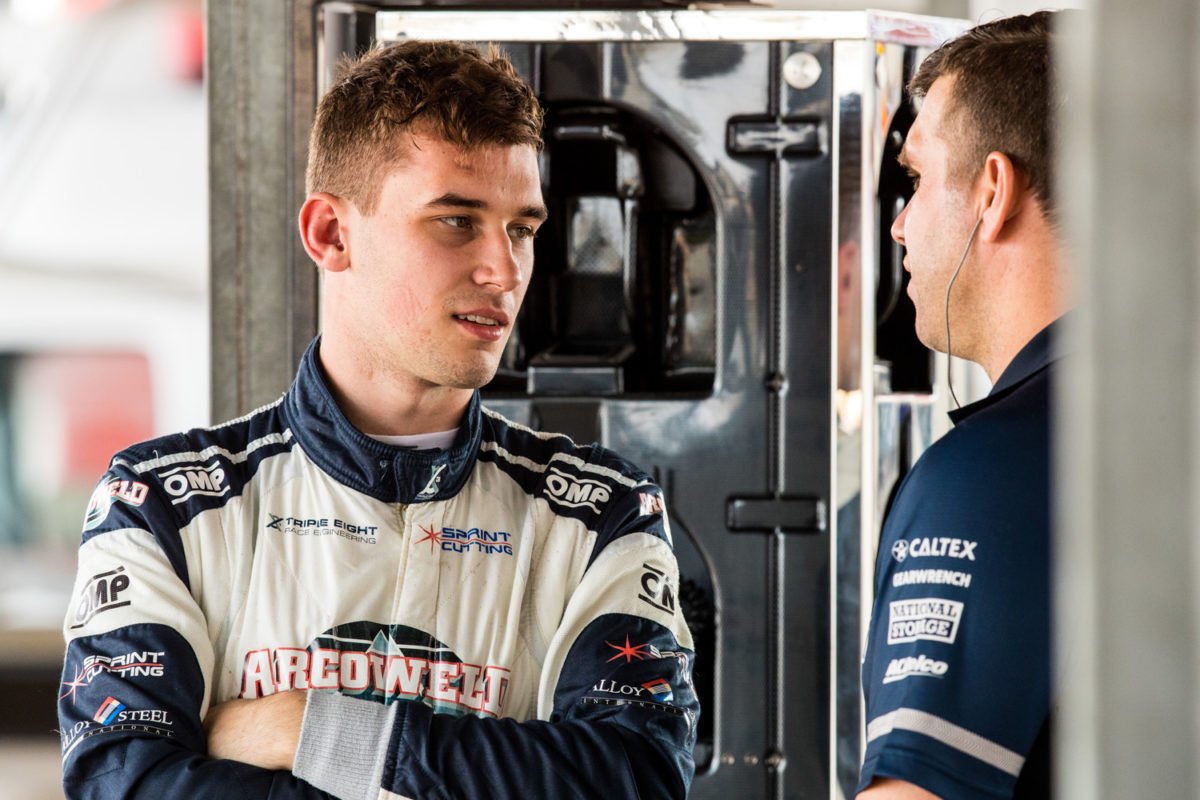 Kurt Kostecki is currently living the ‘nine-to-five’ life but, having missed the last Super2 round, could return to the race track as soon as the Townsville event at month’s end.

The Perth native has been back at home since just after the opening Dunlop Super2 Series round in Adelaide in February, even while competition in the second tier resumed at Sydney Motorsport Park last month.

Having planned on running the Queensland-based Kostecki Brothers Racing largely as a one-man show this year, Kostecki is instead working in the family’s Alloy Steel business, which supplies Western Australia’s mining industry.

“It’s definitely different, but I’m always one that’s not going to shy away from a challenge,” the 22-year-old told Speedcafe.com.

“It’s definitely challenging in other ways; it’s not just on a race car. I’ve always been really keen to expand my learning and try different things, and it’s been quite enjoyable so far.

“So, I’ve just started from the bottom there and trying to learn different parts of the business and things. To be able to work with all these guys here has been pretty cool because they’re definitely some of the top people in the industry and it’s definitely different to what I’ve worked with over the last five or so years.”

With KBR pulling in a race weekend crew from various parts of the country, the border restrictions made contesting Round 2 of Super2 infeasible.

“It was practically impossible to be able to get everyone over there and then get them all back to their states where they come from so they can get back to work on Monday, so that’s what made it hard and that’s including myself as well.

“That pretty much what put a halt to my plans for that round, but that wasn’t to say that we’re going to miss all of them.

“We just kind of had to take the hit on that one and was looking forward to the rest of them, but then, obviously, everyday things have changed a little bit more.”

Kostecki is now eyeing off a start in the Townsville Tin Tops support category which will run at the first Virgin Australia Supercars Championship event in the North Queensland city, on August 29-30.

Such are Western Australia’s border restrictions, he would likely be unable to return home afterwards.

However, he would then be able to prepare for his Supercheap Auto Bathurst 1000 debut with Walkinshaw Andretti United, as co-driver to Bryce Fullwood.

“(Supercars has) announced a pretty cool support category class at Townsville, so we’ll try and get there,” said Kostecki.

“We’re full steam ahead trying to get something together for that at the moment.

“Obviously, I can get in there but the government over here (Western Australia) have been pretty strict with opening their borders, which is doing great in terms of keeping the (COVID-19 case) numbers down, but would cause some dramas for me getting back here.

“But at the same time, for me, the priority is Bathurst, so once I’m over there, if I have to stay there just to make sure I’m available and make sure I’m ready to go for Bathurst, that’s what we’ll have to do.

“At the moment, Bathurst will be the priority, so I’ll get over there and keep turning some laps where I can, and be race-ready for that.”