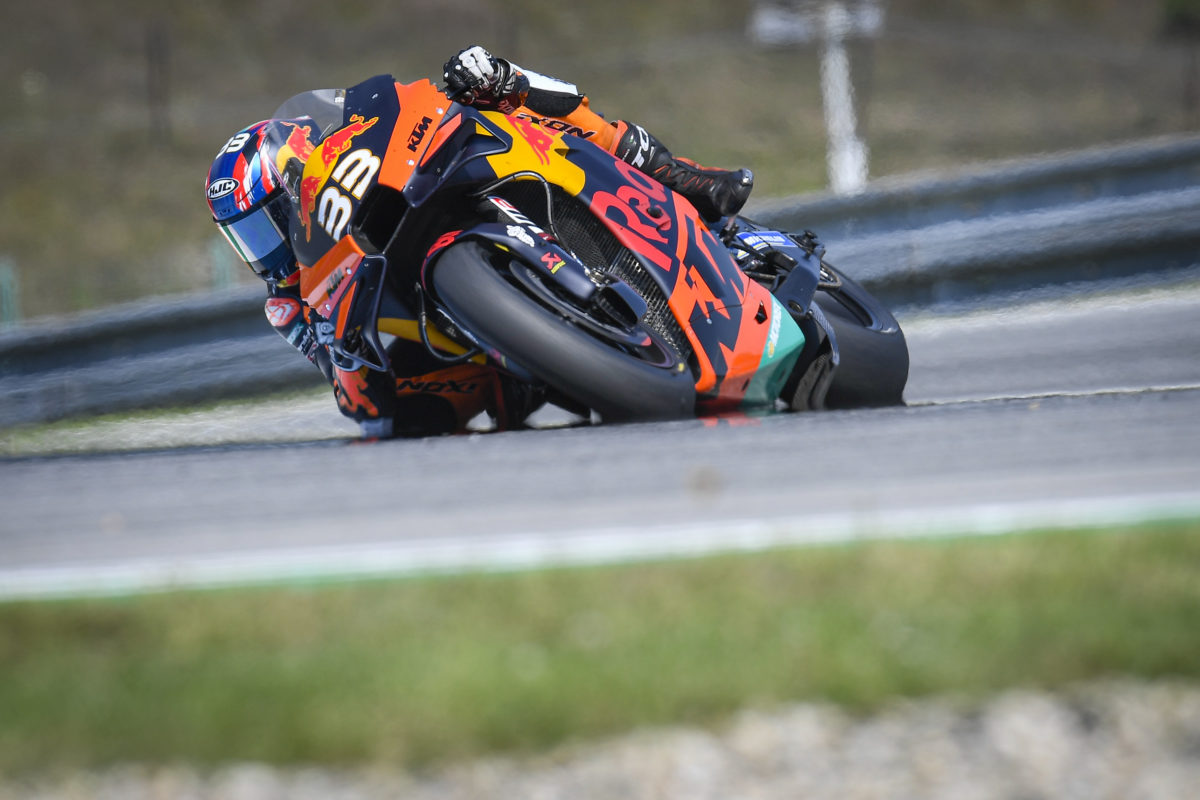 Ducati riders such as Jack Miller will face a major challenge against KTM this weekend in Austria given how much extra testing it has done, says Michele Pirro.

Pirro will be Miller’s team-mate at Pramac Racing for at least the Austrian MotoGP having been called up due to the injury sustained by Francesco Bagnaia in practice at Brno.

The factory Ducati Team has won the last four races at the Red Bull Ring, which hosts the next two rounds of the current MotoGP season, courtesy of three different riders.

However, the Bologna marque was poor in the Czech Republic last weekend and KTM “will certainly be the favourite” at its home track according to Pirro, normally Ducati’s test rider, in comments made to Italian outlet GPOne.

The Austrian marque, which won in the premier class for the first time at Brno, is entitled to extra testing due to its status as a concession manufacturer.

“After the lockdown, KTM tested three days in Misano, six in Brno and the same number at the Red Bull Ring and it is normal for them to have an advantage,” argued Pirro.

“I lapped only one day in Misano.”

The Italian says that goes a long way to explaining why KTM was so strong in the Czech Republic, where Brad Binder won and Pol Espargaro would have started from the front row if his fastest qualifying lap was not set with a yellow flag out.

“In Qatar (pre-season testing), we were all more or less on the same level, but now KTM comes to the races with a 15-day advantage because it has carried out the tests,” he stated.

“I can put all my effort into it (testing) and that’s what I will do. The fact is that KTM, every time it goes out, takes to the track with four to five bikes. They therefore have the opportunity to feel much more than me, being alone.”

While Johann Zarco finished third from pole position in a year-old Ducati last time out, the three GP20 riders who made the race struggled.

Miller ended up ninth having only progressed from 14th on the grid to the top 10 in the final four laps, with Andrea Dovizioso and Danilo Petrucci finishing outside the top 10 after the former of the factory riders qualified 18th.

A difficulty in adapting to Michelin’s new rear tyre, which has been designed for greater durability, has been cited as a reason for Ducati’s woes at Brno and Pirro claimed that the situation is like changing to another supplier’s rubber.

“The question is very simple; it is as if we were facing a change of tyres from Bridgestone (former control supplier) to Michelin,” he said.

“Unfortunately, the new tyre changes the dynamics of the bike and there is nothing doing.

“Then there is another aspect,” he added, in relation to KTM’s extra testing.

Practice for the Austrian MotoGP commences this evening (AEST).