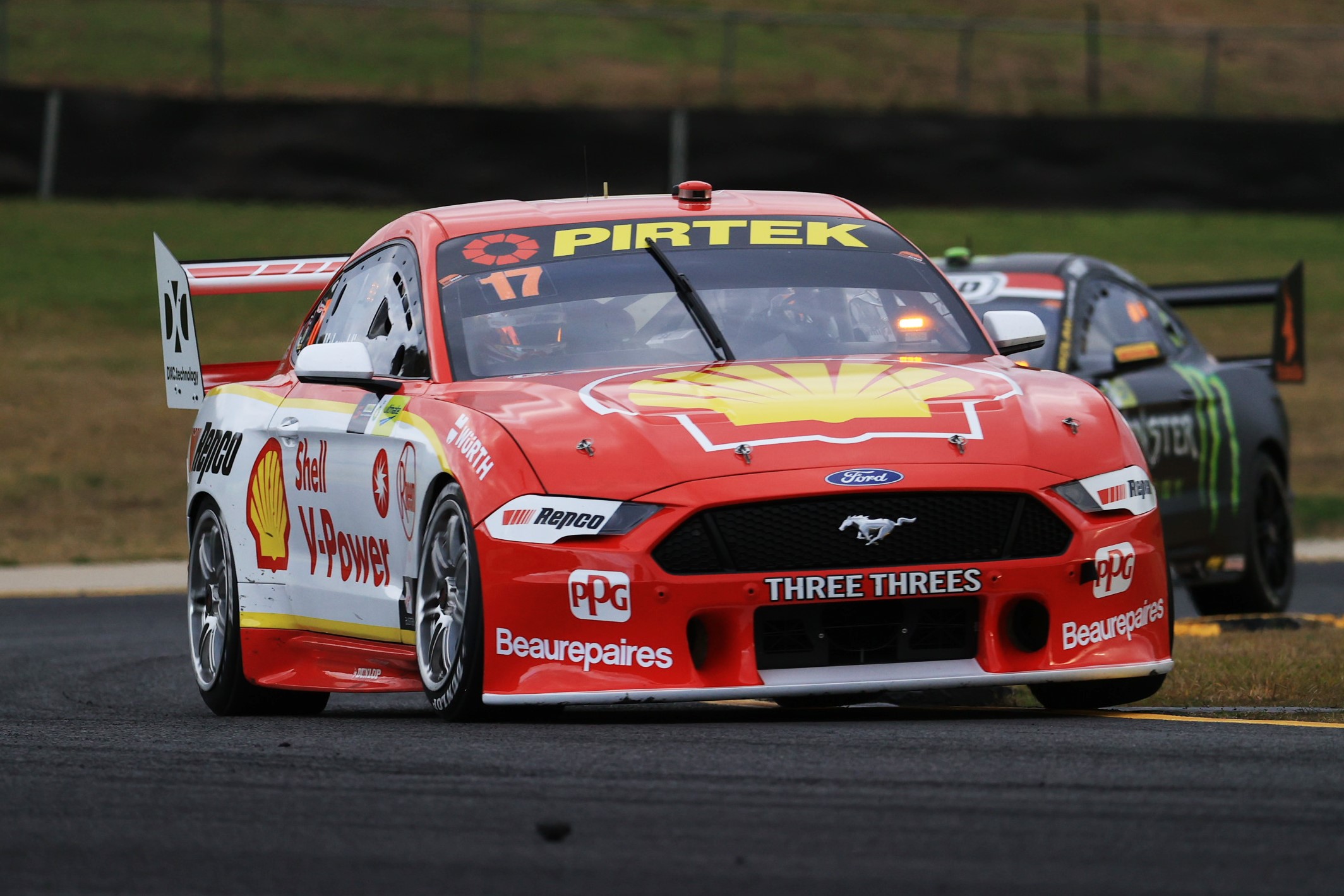 Scott McLaughlin says the prospect of finishing this year’s Supercars season with the Supercheap Auto Bathurst 1000 wouldn’t change his approach to winning the Great Race.

While Victorian- and New South Wales-based teams are on the road, Supercars is thought to be investigating the possibility of concluding the season at Mount Panorama.

Speaking during a media roundtable teleconference, which included Speedcafe.com, McLaughlin said his Bathurst 1000 aspirations wouldn’t be affected by his standing in the championship.

“It doesn’t really change anything for me,” McLaughlin said.

“Bathurst is Bathurst, whenever we go there, whether it’s a week later or two weeks before or whatever they change, it’s Bathurst.

“We’ll just go there and try to win the thing. Yeah, it’s a finale for the championship potentially, but it’s not going to change too much.

“I want to win that race just as much as I want to win the championship, but we’ll worry about where we are and what objectives we need to complete when we get there.”

Before the championship gets to Bathurst, the teams will have to get through a string of events in the Northern Territory and Queensland.

More calendar changes are forecast with Sandown expected to be axed and at least one event added at Queensland Raceway.

This weekend Supercars begins a double-double with two rounds at Hidden Valley Raceway in Darwin before heading to Townsville for two more rounds at the Reid Park Street Circuit.

With more than half of the Supercars teams on the road, McLaughlin said the move to a four-weekend run is sensible to make the most of the time those teams are away from home.

“I think every driver wants to be racing every weekend if they can and this time this year, we have been able to do that during this period,” McLaughlin added.

“I think it’s a smart decision while the Victorian teams are away to smash out as many races as we can.

“To race at a street track for twice in a row is a pretty big undertaking by the Townsville city, so that’s a massive kudos to them, and obviously racing twice this weekend (in Darwin).

“But yeah, they’re all the same races, the same amount of points, they’re just a lot closer together and the same goal will always be to get as much as we can with what we have got and see what happens.”

McLaughlin said drivers will be up to the physical and mental challenge that the four-weekend run brings, however, the crews will take a battering.

To ease any stress on the team, the Kiwi said it’s important to come away from the weekend with a clean car.

“We’re used to just racing in the heat, so that’s not too bad,” said McLaughlin.

“Yeah, it’s hot, but we’ve got all the right tools to keep us cool and keep hydrated.

“We always jump back in our go-karts midweek after a race or get back into training anyway so it’s just cool that we get to drive our race car more than anything.

“It’s probably more taxing on the crews, I think it’s going to be pretty tough on the guys. Especially if you have a crash or get damage or something.