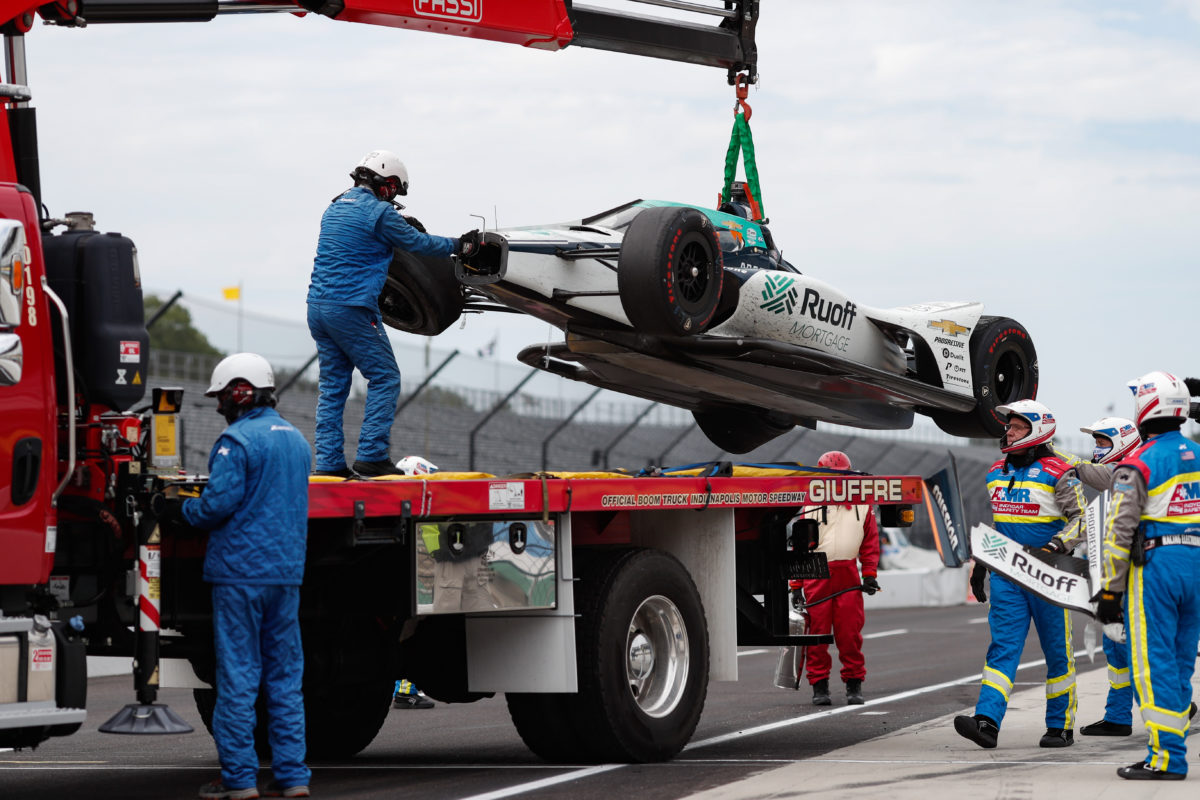 Fernando Alonso has lamented an “unfortunate” crash which brought an early end to his running during the second day of Indianapolis 500 practice.

With under an hour remaining in Thursday practice, Alonso fired into the outside wall exiting Turn 4 at at Indianapolis Motor Speedway after he went low onto the concrete.

His car then slid through the pit lane entrance before coming to a halt.

See below for replay

Series leader Scott Dixon recorded the fastest time of the day but it was Alonso’s accident, a second in as many years on the second day of Indy 500 practice for the two-time Formula 1 world champion, which created the most attention.

The 2020 race will likely be Alonso’s final chance to complete motorsport’s triple crown, with the 32-time grand prix winner confirming he won’t race in the Indy 500 for at least the next two years because of his new two-year contract with Renault.

Alonso was fifth fastest in Wednesday practice, and is guaranteed a place in this year’s 33-car field.

Despite Thursday’s accident, the 39-year-old said he thought the car would be repairable ahead of Friday practice and qualifying from Saturday.

“It’s the way it is. Unfortunate it happened again today, but hopefully it happened today and not on Sunday,” Alonso told the NBC broadcast.

“You learn every lap you do around here, and we’ll learn from this. There’s nothing we can do about it now.

“Hopefully from tomorrow we can start again, everything else is more or less going okay so far in the week.”

Full course yellow during practice after an on-track incident with @alo_oficial.