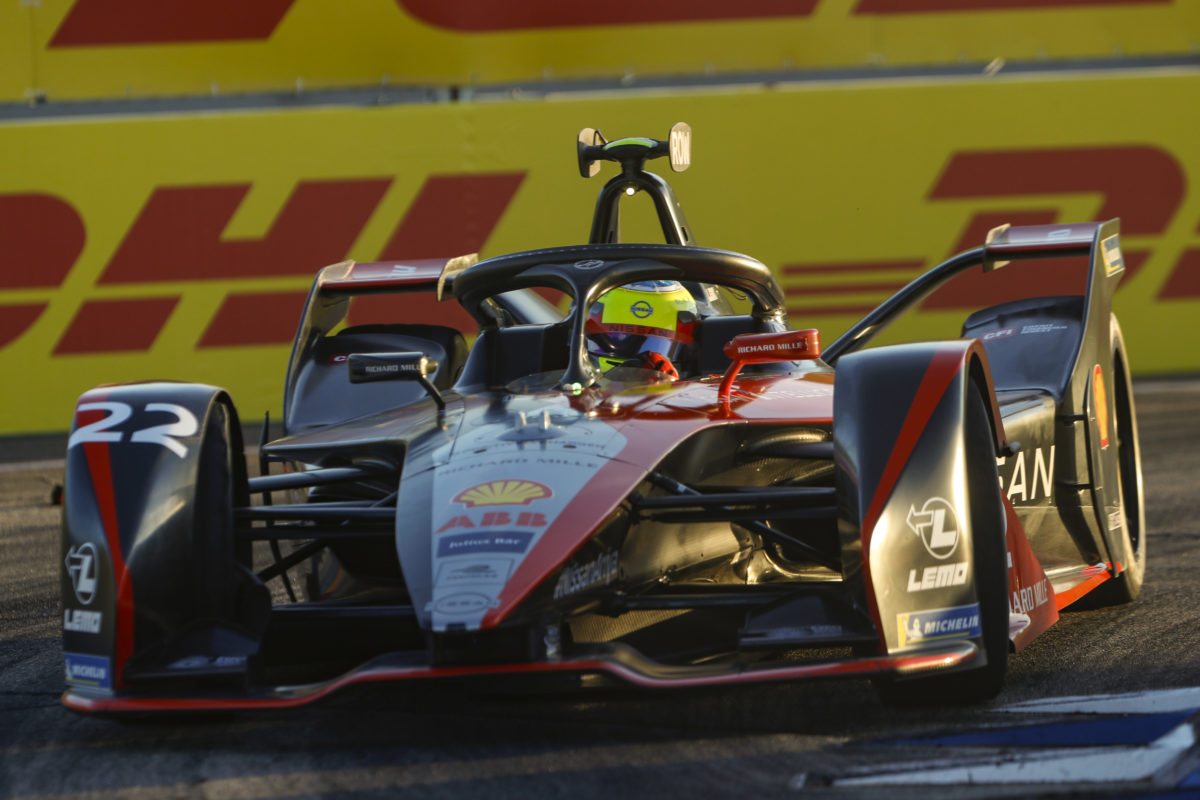 Oliver Rowland controlled the penultimate race of the 2019-2020 Formula E Championship to win at the Tempelhof Airport circuit.

Rowland claimed victory by 1.9 seconds over Robin Frijns with Rene Rast in a provisional third place.

Rast’s spot on the podium was the subject of a stewards investigation following a last lap battle with Andre Lotterer that saw the pair make contact.

Rowland led from the start, heading Frijns into the opening corner to establish himself out front.

Frijn’s used both his Attack Modes in his attempts to find a way by Rowland to no avail, handing the Briton the strategic advantage in the back end of the race.

Down the order, an error in qualifying meant champion-elect, Antonio Felix da Costa, did not set a time and started at the back of the grid.

There he was joined by Jean-Eric Vergne, Sebastien Buemi, and Lucas di Grassi who also left it too late to set their qualifying times.

An opportunistic move by Di Grassi resulted in the Brazilian picking up a five-second time penalty, while Da Costa suffered late issues which dropped him from the points to 22nd.

Vergne also picked up a penalty, serving a drive-through for a pre-race battery infringement.

Coupled with the fate of his DS Techeetah team-mate, Da Costa, it marked the second time this season the squad has failed to score points with either car.

Rowland now sits second in the standings, three points clear of Vergne, with Evans and Lotterer tied on points for third.

Just one race now remains in the 2019-20 Formula E season, again to be held at the Tempelhof Airport circuit on Thursday (local time).