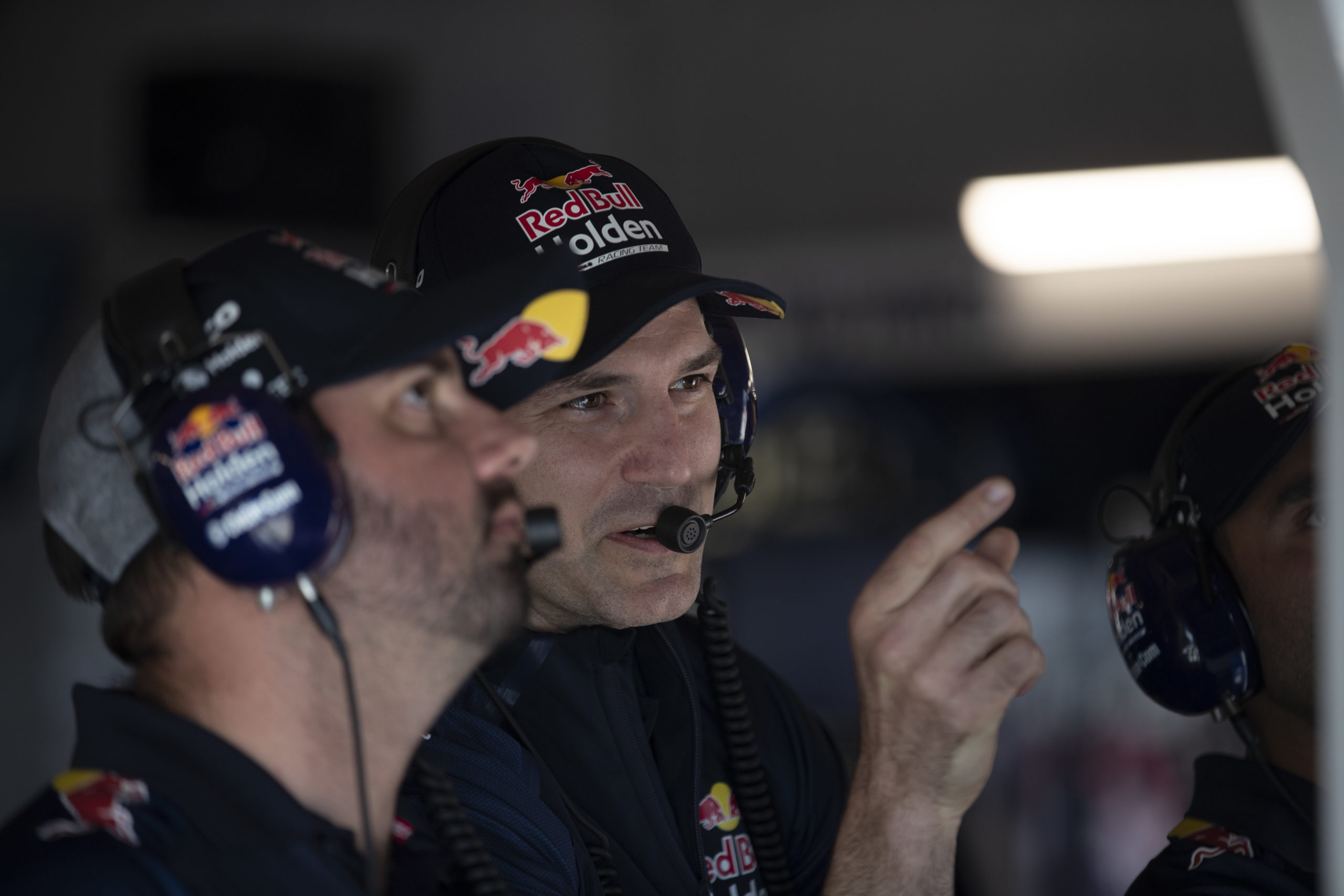 An additional co-driver focused test day at this year’s Supercheap Auto Bathurst 1000 could take place if a pitch from Mark Dutton gets across the line with Supercars.

Pending further changes to the 2020 calendar, teams may have limited time to complete their one available pre-Bathurst 1000 test day.

As it stands, that must take place between August 30 and October 5.

Supercars is currently scheduled to be racing on the weekends of August 29-30 and September 5-6 in Townsville as well as September 19-20 at Sandown.

The latter of those events is currently in doubt with Sean Seamer confirming last week that in the current coronavirus environment it would be unlikely to go ahead.

Queensland Raceway has also been tipped to join the calendar.

With the prospect of more calendar changes on the cards, the addition of a co-driver focused test day as part of this year’s Bathurst 1000, which is scheduled for October 8-11, would remove the need to test elsewhere as teams have traditionally done so.

Dutton, the Team Manager for the Red Bull Holden Racing Team, said he has approached Supercars to see if opportunities may be forthcoming to host an additional test day at this year’s Great Race.

Under the current guidelines, Dutton said the additional test day would mean Victorian-based co-drivers would possibly only have to quarantine once in New South Wales.

“Extra running at Bathurst is definitely something that we’ve put forward (to Supercars) as a team as a suggestion,” Dutton told Speedcafe.com.

“If that means teams don’t have to stay and organize for another test day, well, all the better.

“Let’s save that money that we’d all collectively pay to run a test day and also let’s not ask even more from drivers and teams to be (isolated) for longer.

“If you can skip that day and go straight to Bathurst, then that would work quite well I think for all parties.”

Dutton said additional co-driver sessions in amongst the current scheduling would be beneficial, but his preference would be for a full day dedicated to Supercars.

“Clearly a full day would be great,” he said.

“From a team perspective, it’s more running, but we also have to be mindful that we fit in with what the schedule is at the track’s availability, et cetera, and the whole process.

“So, whatever we’re allowed to do there, if, in fact, that’s what happens, will be of benefit. A full extra day would for sure be preferential.

“You wouldn’t actually want them to do all of it because you’d want to be able to do some hot driver changes, for example.

“What we’d normally do at those test days is the co-driver’s familiarising themselves, getting back up to speed, and it’s also all the processes, whether you’re practicing your brake pad and disc changes, for example, or your driver changes.

“We’re not refuelling at the moment, but we’ve done that long enough to know how to do it, but still you want to recheck all the systems are safe, et cetera, everything’s been installed fine, there are no issues. A day to run through all of that would be brilliant.”

Ultimately, Dutton said the decision lies with the Supercars Board and Commission.

Dutton added that he and the team are still awaiting direction from Supercars as to what the remainder of the 2020 calendar may look like, which will have some bearing on their testing plans.

If the teams were to test in Queensland as they traditionally have done so, then Garth Tander – who is paired with Shane van Gisbergen – would need a border exemption and then have to quarantine on his arrival to Queensland from Victoria.

Dutton said if they have to, they have every intention to have Tander quarantine for a pre-event test and for the Bathurst 1000 should restrictions still be in place at that time.