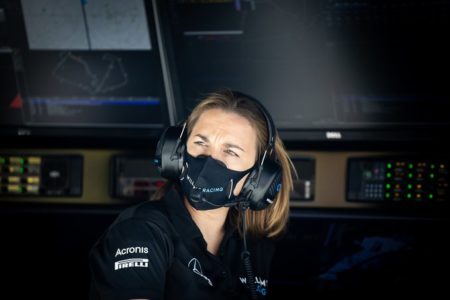 Williams Racing has joined McLaren Racing in dropping its appeal against the stewards’ decisions regarding Racing Point’s brake ducts.

The Grove outfit had been one of five teams to lodge its intent to appeal the decisions, including Racing Point itself, after stewards determined that the Silverstone-based squad did not design the rear brake ducts which its RP20s are running this year.

Williams had until 18:30 this evening (AEST) to lodge the appeal itself, but has now opted not to.

“After careful consideration, Williams have elected not to proceed with the formal appeal,” read a team statement.

“We believe the FIA’s decision to seek the prohibition of extensive car copying for 2021 onwards addresses our most fundamental concern and reasserts the role and responsibility of a constructor within the sport, which is fundamental to Formula 1’s DNA and Williams core beliefs and principles.”

The matter will nevertheless go to the FIA Court of Appeal given the Renault F1 Team and Scuderia Ferrari have gone ahead with their appeals.

Williams is a customer of Mercedes, whose rear brake ducts Racing Point has used, as McLaren will be next year.