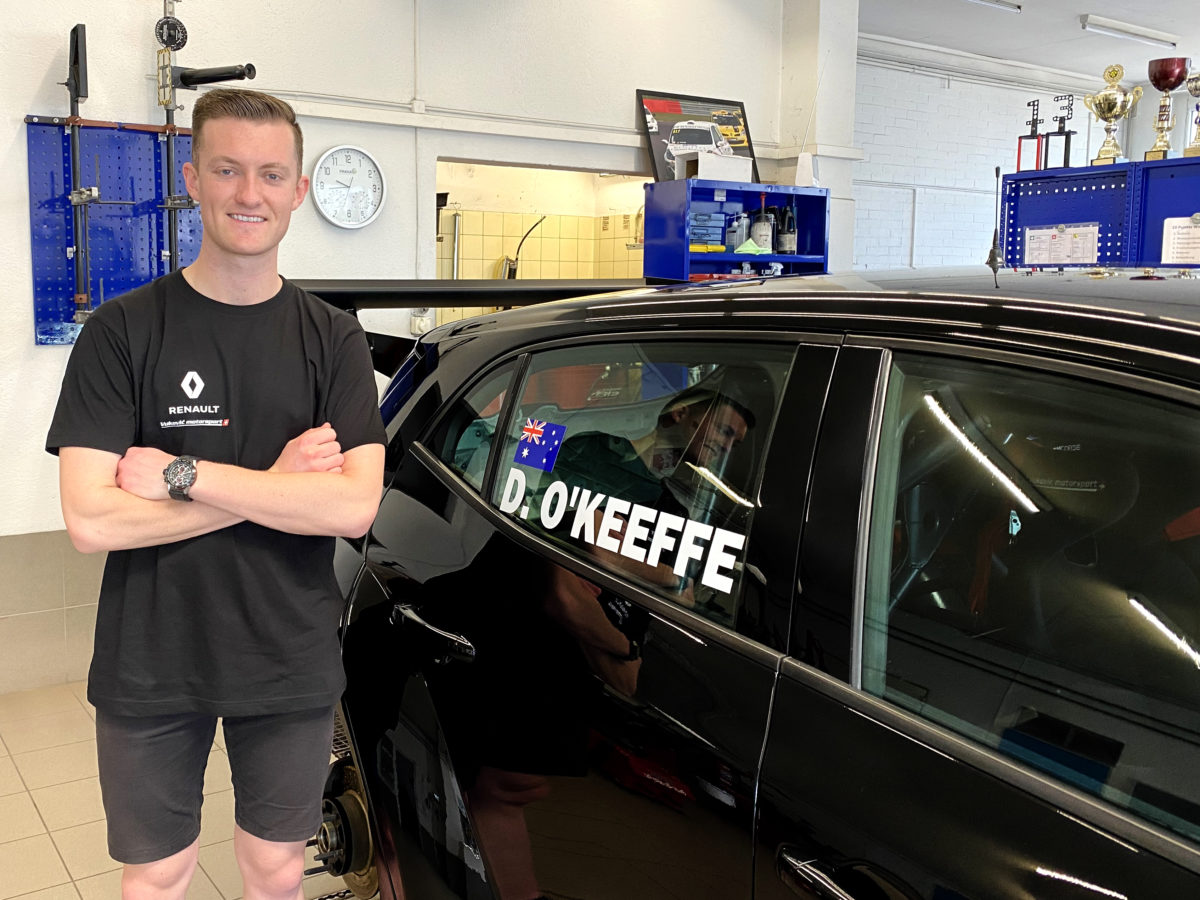 Dylan O’Keeffe is set to get behind the wheel of a new-spec Renault Megane RS EVO TCR machine at the Salzburgring on Saturday.

The 22-year-old will turn laps for Vukovic Motorsport at the Austrian circuit in an effort to validate developments made to the car’s engine, suspension, transmission, and aerodynamics.

Vukovic Motorsport is the homologation team for the Megane, and worked with customer outfit Garry Rogers Motorsport on aspects of the developments.

“Milenko (Vukovic) spent a fair bit of time in our engineering department last year, and we’ve collaborated on some upgrades to suspension and chassis that has been incorporated into the Megane RS EVO,” Rogers explained.

“GRM has been working hard behind the scenes on some track testing, and we’re pleased that our team has played a role in the next generation of Renault’s TCR car.”

“It’s a great honour to be here at Vukovic Motorsport’s workshop in Switzerland and get the chance to test the new generation Megane RS EVO,” he said.

“With all that is going on in the world, I thought my chances of doing something like this in 2020 was going to be slim, but when I found out that it was on and I could do it, it was really exciting and I’m grateful for the opportunity.

“I’ve never been to the Salzburgring circuit, so I’ve been doing some research and I can’t wait to get there and (try) the new car.”

Milenko Vukovic, founder of the team which bears his name, added: “I was very impressed with Dylan straight up when he had his first test of the Renault Megane TCR car at Sandown back in February.

“I received very good feedback on the car from Dylan after this test which impressed me a lot. As I’m the manufacturer of the Renault Megane TCR car here in Switzerland, quality feedback is very important to me in development of the car.”\

“With the COVID-19 situation affecting motorsport in Australia, Dylan and I kept in contact a lot throughout this period.

“So the timing of him coming over to validate the new components and upgrades has worked out perfectly for us, that is why I have given him this opportunity.”