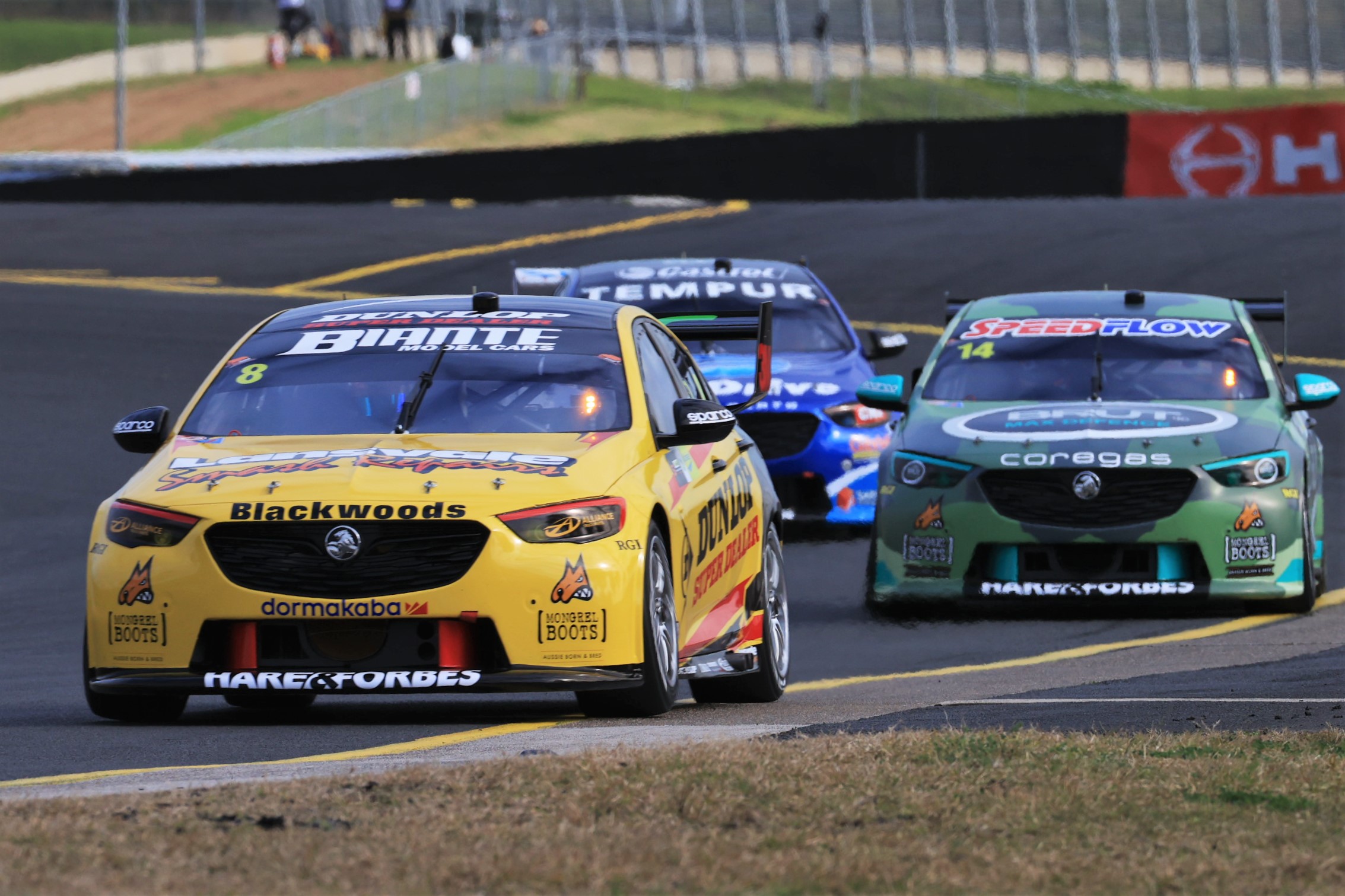 The Albury-based outfit was one of the first to join the AUSCAR movement in the late 1980s and went on to win five straight times with Brad Jones in various Holden Commodore racers.

Speaking on the latest episode of the Parked Up podcast, Kim Jones compared the team’s success in AUSCAR with that of the current situation in Supercars.

Recent technical changes have seen the removal and limitation of data logging as well as a mix in tyre compounds, which has led to a spike in recent form for the team.

Kim Jones said the changes have brought the sport back towards its roots.

“Early on before data and all that stuff was available, you sort of had to have a relationship with people who were engineering your car and they had to understand what you required and watch the car going around and work it out in their mind,” said Jones.

“I remember when we had the AUSCAR and NASCAR, which were good times for us, we won five championships, we used to spend our life at Calder (Park).

“I actually lost my book one day with all my set-ups and everything in it. I was having a real panic because we were winning everything at that stage.

“Bradley said, ‘Don’t worry’ and I’m like, ‘But it’s got all our stuff in it.’ He said, ‘but yeah, you wrote it so it’s all spelt wrong. No one will understand it. It’s ghibli-goock.’

“I was lucky if I got two pages of information from a day’s testing, where now these squiggly line things, they get 40 rings in about a nanosecond.

“I think what’s happened with what they’ve done with the data, it’s taking it back to the way it was where the driver and the engineer have to communicate.”

Jones believes the recent trend in Supercars has been too focussed on engineering ability rather than driver skill.

However, the latest changes have swung the pendulum back in favour of the drivers according to Jones.

“For a recent period of time, the engineers sort of were trying to run the show a bit too much,” he said.

“Everyone goes; (Peter) Brock, (Allan) Moffat, (Ian) Geoghan, those guys had an uncanny ability to be able to adapt their driving styles to what they had underneath them. Where the next level from that was really the engineer and the driver and giving it what they want.

“I remember Bradley with the NASCAR and I set it up the way Hendricks (Motorsport) told us to set it up, which made it really taily. He didn’t like it, but it was fast. It was super, super fast. He came back and he said, ‘look, it’s quick but I’m going to end up in the wall.’

“He liked the car with a bit of understeer in it. So that’s the way you built the car. I think that’s something that is helping us a little bit, some of that high-end data information has now gone. You don’t get it until Monday. I’d be happy if you didn’t get it at all.”

Jones said he prides his team on its ability to adapt mid-race and willingness to go aggressive on strategies.

“Lots of people I know set up their strategies before they get to the race track and they don’t vary much from it,” said Jones.

“Where our race strategies, we’ve always been shoot-off-the-hip because it’s a moving target. You don’t know what’s going to be thrown at you or where you’re going to end up. BJR has been quite good at doing that the whole way through.

“It’s exciting. I think the best thing is, it actually puts on good racing.”