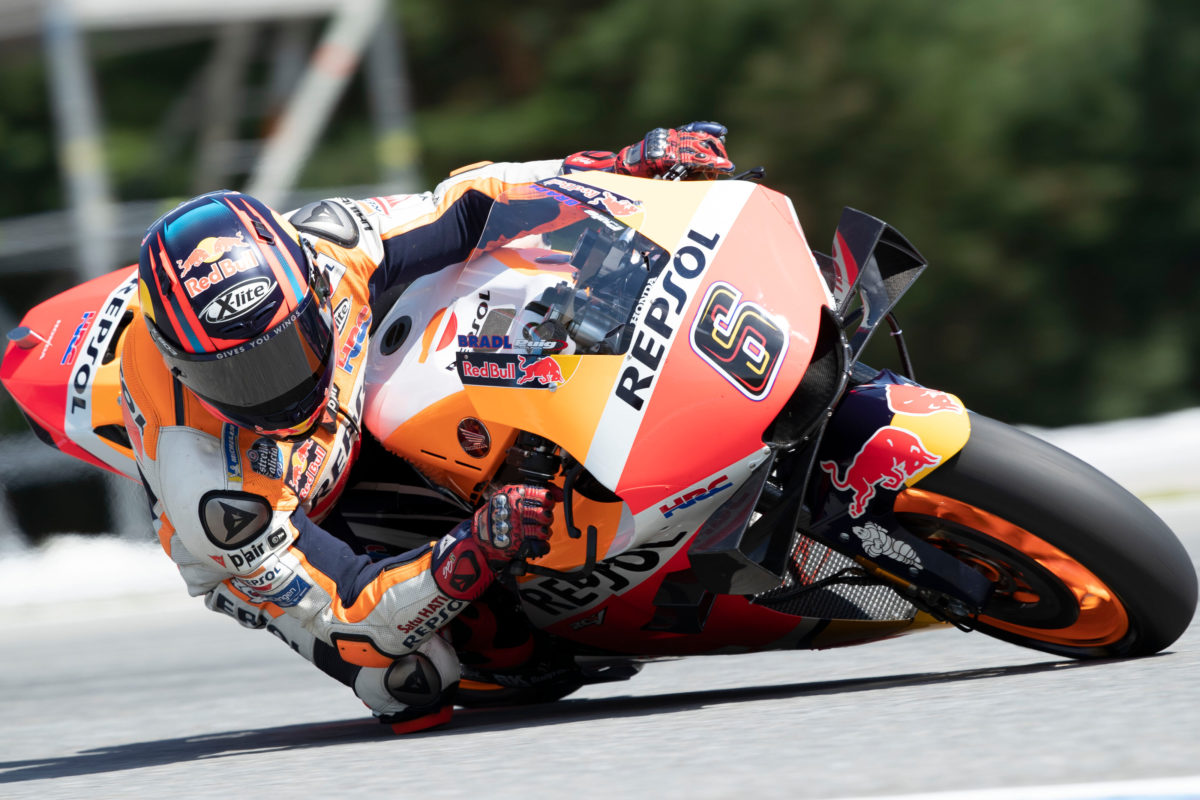 Stefan Bradl will once again replace Marc Marquez at the factory Honda team for this weekend’s MotoGP Austrian Grand Prix.

Marquez has been out of action since breaking his arm in a violent highside during the opening race of the season in Jerez.

The Spaniard underwent surgery on the injury before attempting to qualifying for the second round of the championship the following weekend.

His injuries ultimately ruled him out of starting that event and has subsequently undergone more surgery when the metal plate in his arm failed.

Bradl was drafted in to replace Marquez for the Czech Grand Prix last weekend, and will continue when the competition reaches the Red Bull Ring in Austria.

“We will have Bradl again this week in Austria on a different track such as the Red Bull Ring,” confirmed Honda’s team boss, Alberto Puig.

“We hope Alex (Marquez) will continue his growth, developing as a rider and taking steps forward.

“He has to understand the bike better and especially the tyres; he continues finding some problems to adapt to the new compounds, which makes things more difficult afterwards.

“With Stefan, we will assess in the coming days if we continue to test some new parts or what is the strategy that we prepare for this weekend from the point of view technical.”

The 2011 Moto2 champion, Bradl made his premier class debut with Honda the following year.

He netted a career best second at Laguna Seca in 2013 but has only made sporadic appearances either as a wildcard or injury replacement since the end of the 2016 season.

The Red Bull Ring hosts the fourth round of the MotoGP season this weekend.