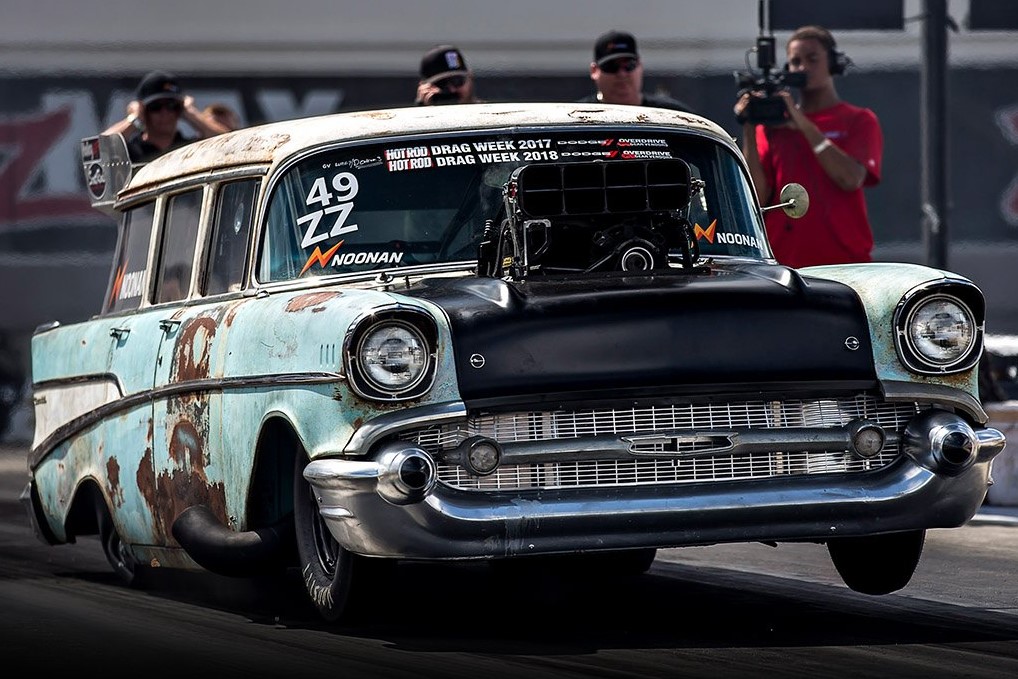 Several outlets have reported that Crampton was in a single-car accident with fellow Top Fuel racer Dominic Lagana.

According to Police reports and local news outlets, Lagana was driving a turbocharged LS-powered 1957 Chevrolet station wagon built by Crampton for a Drag Week competition when it left the road and struck a power pole.

The engine in the car is believed to have been built by Noonan Racing Engineering, which was created by former Supercars engine builder Jamie Noonan, who is now based in South Carolina.

It has been reported that Crampton was ejected from the car and suffered a broken hip.

Lagana is believed to be on a ventilator and remains in a critical condition.

A third passenger, Jake Sanders, was also injured and was being treated in a nearby hospital.

Lagana last competed in an NHRA Top Fuel event in 2018 and is currently a crew member for the Torrence Racing team which won the NHRA Indy Nationals Top Fuel event earlier in the day.

Crampton received a last-minute call-up to drive a third Top Fuel dragster for Rapisarda Autosport International in Sydney in January.

Lagana was also to be at that meeting, but had to back out at the last minute due to testing commitments in Las Vegas.

Crampton has 10 NHRA National event wins to his credit, including a victory at the US Nationals in his rookie year in 2014.

He was reportedly scheduled to race a Top Alcohol Funny Car at the U.S. Nationals next month.