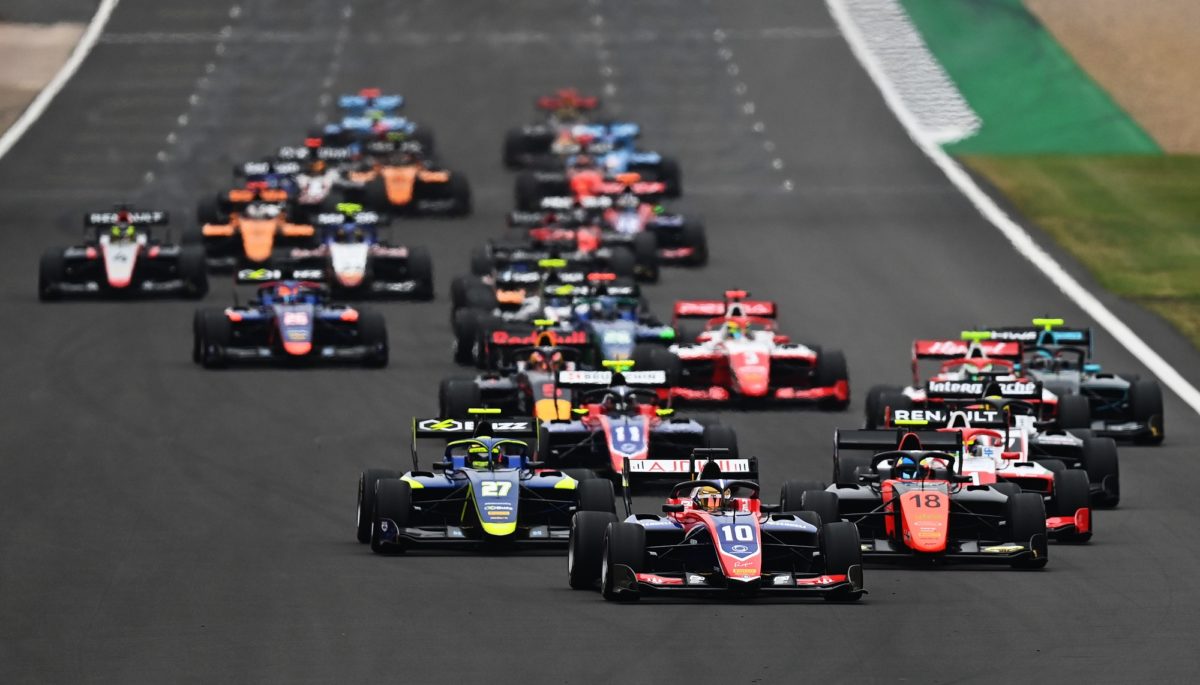 The start of Race 2 in Silverstone

A single point separates Oscar Piastri and Logan Sargeant at the top of the FIA Formula 3 Championship standings after the fifth round of the season.

Sixth in Race 2 and seventh in Race 1 at Silverstone netted Piastri a total of 11 points as the Australian slipped behind Race 1 winner Sargeant in the standings.

Contact in Race 2 then saw the new series leader eliminated from the race, while Piastri found himself embroiled in a last lap skirmish for fifth.

Race 2 was won by Bent Viscaal after he and Lirim Zendeli traded places twice on the final tour before a drag race to the line saw the Dutchman claim honours.

Behind, a four-car battle raged over fifth, with Liam Lawson, Piastri, Jake Hughes, and Frederik Vesti all involved.

Piastri put a move on Hughes early in the lap to move to sixth, Vesti following him through at the Loop.

Having banged wheels with Piastri at Vale on Lap 6, Lawson finished fifth after running wide at the same corner as he pursued Beckmann.

Piastri was sixth while Hughes and Vesti followed home in seventh and eighth respectively.

Alex Peroni ended Race 1 in 14th before falling 10 places further back in Race 2.

Calan Williams failed to finish either of the weekend’s races, Race 2 ending on the opening lap in an incident with Lukas Dunner on Wellington Straight.

The FIA Formula 3 Championship next heads to Spain for the sixth round of the season this weekend. 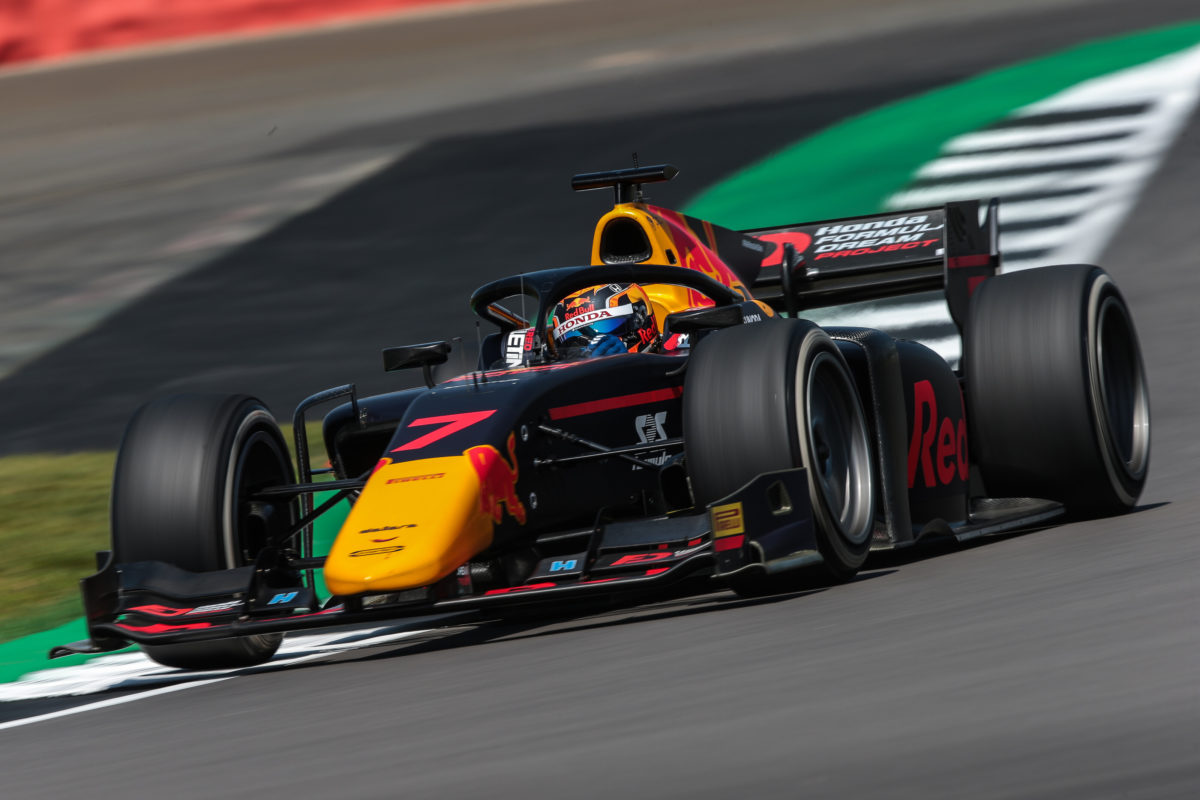 Callum Ilott has moved into the lead of the FIA Formula 2 Championship after the fifth round of the season, held at Silverstone in support of the 70th Anniversary Grand Prix at Silverstone.

The British driver won the opening race of the weekend and picked up points in the Sprint Race on Sunday to open a 19-point advantage over Christian Lundgaard.

Ilott dominated Saturday’s race to head Lundgaard to the flag by almost nine seconds, with Jack Aitken in third.

Shwartzman suffered front wing damage as Schumacher swept around the outside of him into Brooklands on Lap 19 of 21, opening the door for third placed Tsunoda to take over out front.

Shwartzman plummeted down the order as he battled on with a wounded car while Aitken climbed to third with just over a lap to run.

Barcelona hosts Round 6 of the Formula 2 Championship as part of the Spanish Grand Prix this weekend. 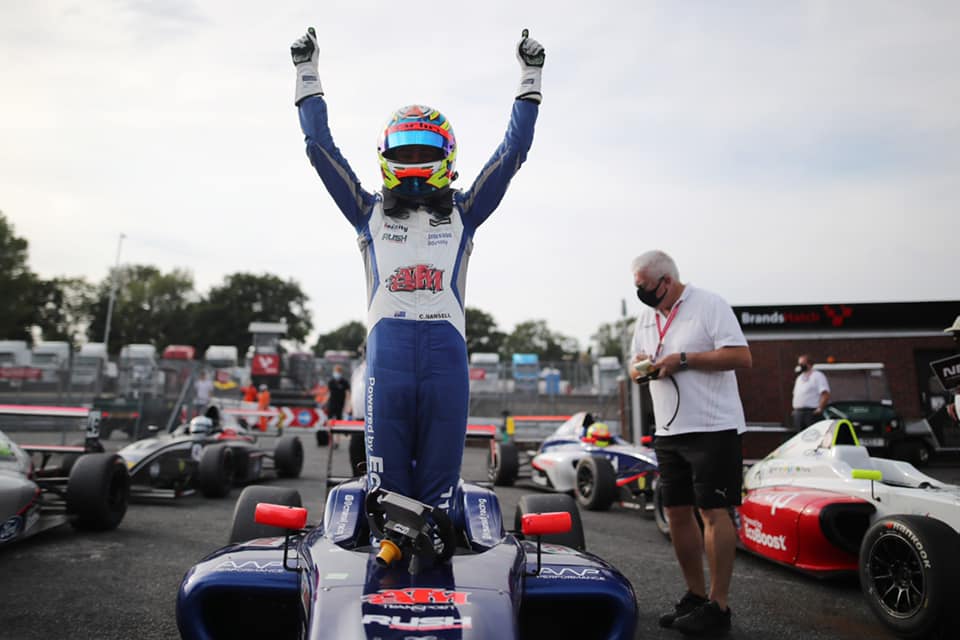 The Novocastrian started the Round 5 race from first position and led throughout, taking the chequered flag 0.581s up on Roberto Faria (Fortec Motorsport), the Brazilian who pressured him on and off in the 14-lapper.

Zak O’Sullivan was a DNF due to a mechanical issue in that contest but ensured that Carlin led every lap of the meeting with victories in the fourth and six races of the season, having qualified on pole for both.

Mansell was sixth outright in the weekend’s first race and managed seventh in the finale despite contact with Abbi Pulling (JHR Developments) which caused the Briton to spin.

O’Sullivan leads the championship while his Australian team-mate is fifth in the outright standings and leads the Rookie Cup, in which he was highest finisher in all three races. 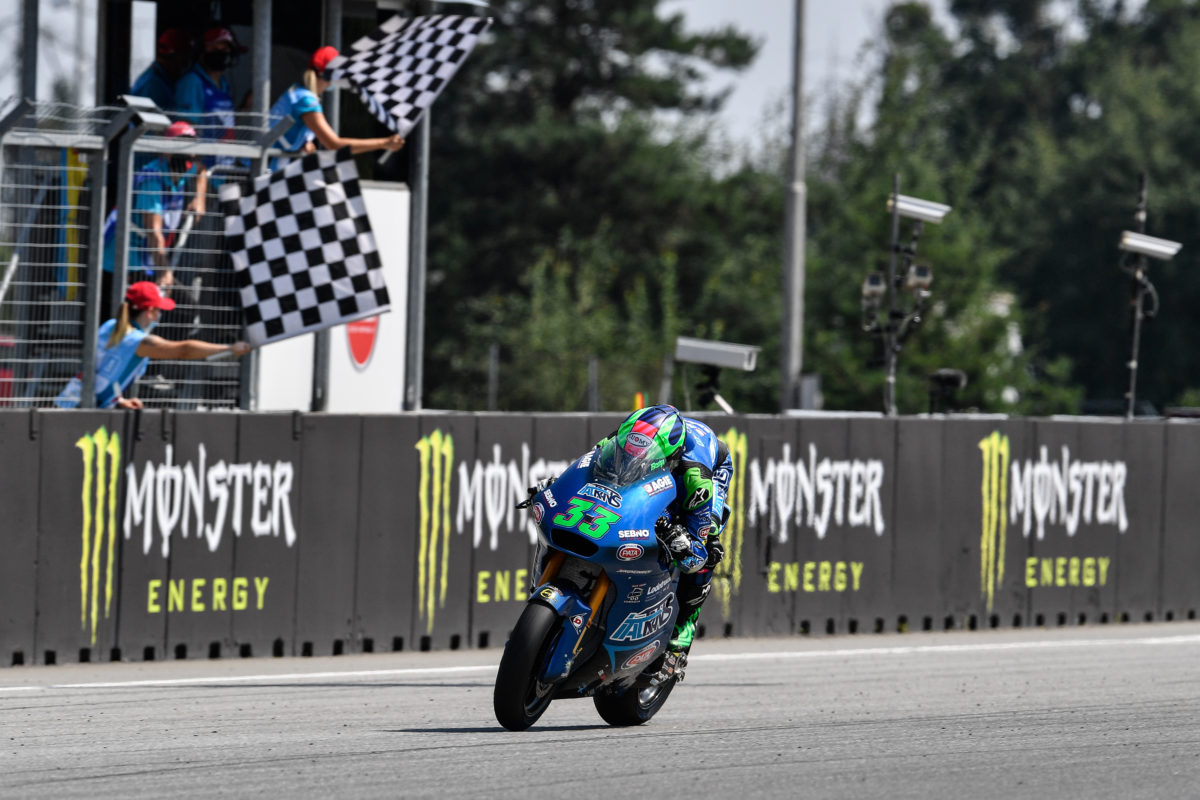 Enea Bastianini has taken over the Moto2 championship lead with an all-the-way win at Brno while Remy Gardner salvaged a points finish.

Bastianini (Italtrans Racing Team Kalex) got the jump from third on the starting grid and was a second clear once Sam Lowes, who temporarily dropped to fourth, passed Joe Roberts for second at Turn 3 on Lap 2.

Lowes (EG 0,0 Marc VDS Kalex) made inroads on that margin but the Italian responded and was a touch over a second clear with two laps remaining before easing to victory.

Roberts Tennor American Racing Kalex) finished over five seconds back from the top two, and Luca Marini (Sky Racing Team VR46 Kalex) moved to second in the standings by taking fourth in the Czech Republic.

Previous championship leader Tetsuta Nagashima (Red Bull KTM Ajo Kalex) was only 11th and Gardner (Onexox TKKR SAG Team Kalex) rode from 21st on the grid after a crash in qualifying to take the chequered flag in 13th.

The Australian is 10th in the title race on the way to the Red Bull Ring this coming weekend. 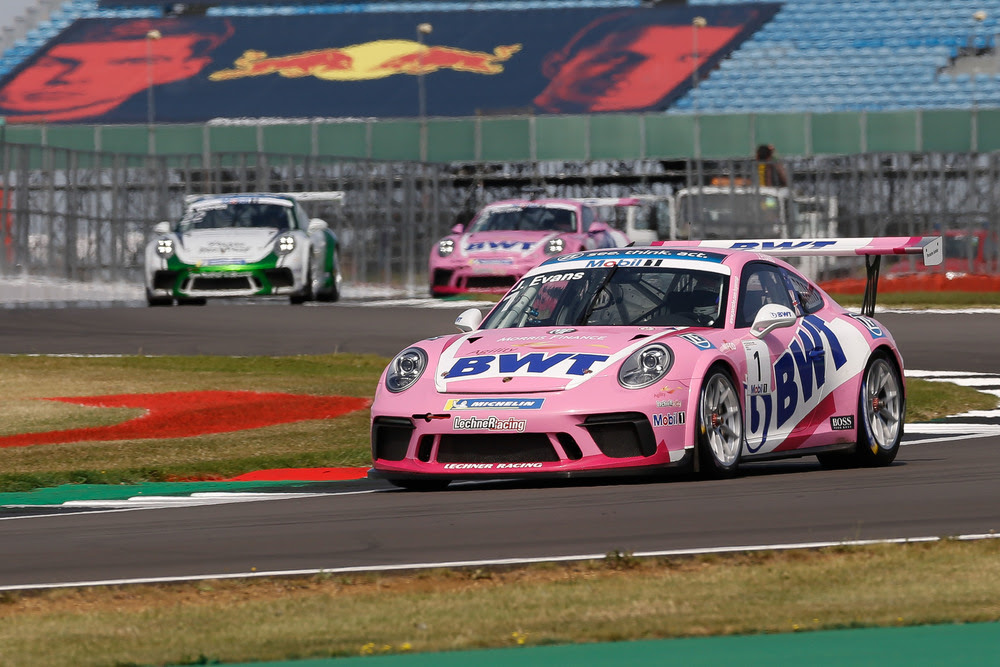 Jaxon Evans was left to rue what might have been at Silverstone after a mistake at Stowe in qualifying cost him a shot of pole position.

The New Zealander finished eighth in Sunday’s race and now sits fourth in the drivers’ standings.

Ayhancan Guven won the race from Larry ten Voorde and series leader Dylan Pereira, who now holds a four-point advantage at the top of the standings.

Jordan Love found himself eliminated from the race early after being hit from behind by Daan van Kuijk as he rounded Luffield, picking up heavy damage courtesy of secondary contact as he spun in traffic.

The substantial damage has case doubt on whether then Australian will make it to Round 6 of the season in Spain this weekend.