Supercars transporters to take to the streets of Darwin

Supercars transporters to take to the streets of Darwin 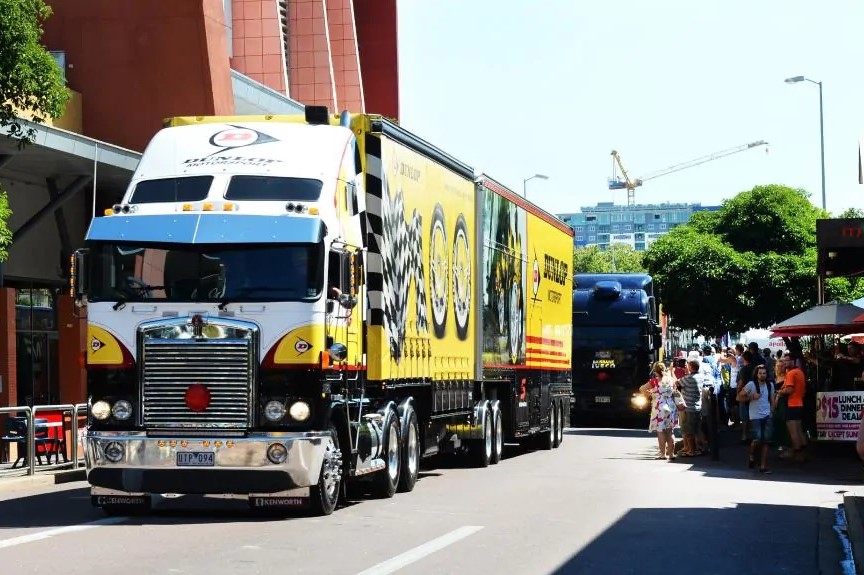 Supercars has confirmed its annual transporter parade in Darwin will go ahead later this week.

The parade was originally scheduled to take place on August 6 when Supercars teams arrived in the Northern Territory; however, that was postponed due to “logistical challenges”.

Event organisers have now confirmed the parade will take place on August 13 ahead of this weekend’s BetEasy Darwin Triple Crown at Hidden Valley Raceway.

The parade route will be as originally planned, departing Hidden Valley Raceway at 18:30 local time/ACST.

The parade will turn left onto the Stuart Highway towards the CBD, then onto Daly Street, Mitchell Street, Knuckey Street, and McMinn Street, before heading on to Garramilla Boulevard and taking Tiger Brennan Drive back to Hidden Valley.

Due to COVID-19 safety plans, the parade will not stop in the CBD.

“The Supercars Transporter Convoy is a fantastic spectacle that sets the scene for all the action on the track,” said NT Major Events Chief Executive Officer Tim Watsford:

“For it to go ahead after the disappointment of having to put it on hold is great news.

“The teams are keen to get back to the track, and this is just the start of it! We can’t wait to see the transporters rolling through town.

“In line with physical distancing guidelines, we urge spectators to spread out to watch the procession, rather than gather in large groups.

“We have plenty of space up here, so no one will miss out.”

The BetEasy Darwin Triple Crown will take place on August 15-16 and will be followed by the CoreStaff Darwin SuperSprint on an as-yet-to-be-confirmed date.