POLL: Should Supercars finish its season at the Bathurst 1000?

POLL: Should Supercars finish its season at the Bathurst 1000? 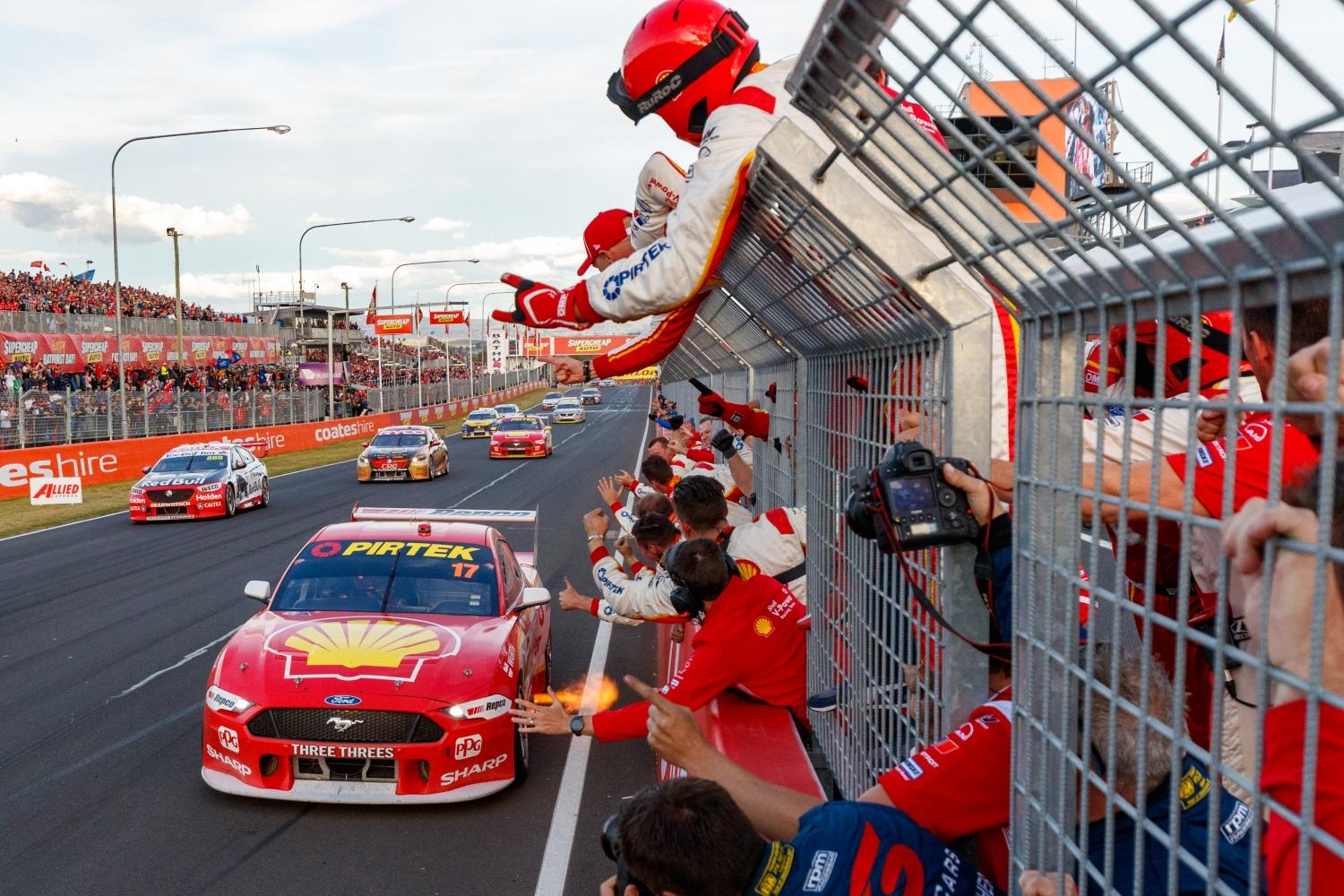 As the Supercars season looks increasingly likely to end prematurely, in this week’s Pirtek Poll we want to know if you think it should finish at the Supercheap Auto Bathurst 1000.

The ongoing coronavirus pandemic has already created calendar chaos with several revisions made and more expected to come.

Melbourne-, Sydney-, and Albury-based teams currently face the prospect of being away until at least the beginning of September, though their stay out of state may be extended.

Darwin will host a double-header at Hidden Valley Raceway, the first of which is scheduled for August 15-16 with the second expected to follow just a couple of days later.

Ipswich looks likely to feature on the calendar too, with a double-header also understood to be a possibility. However, the circuit will need to undergo safety revisions if it were to host Supercars.

The addition of Queensland Raceway in Ipswich could come at the expense of Sandown, which is currently scheduled for September 19-20.

Speaking during a recent media roundtable that included Speedcafe.com, Supercars CEO Sean Seamer said Sandown would be unlikely to go ahead on its current date but wouldn’t rule it out entirely.

“I think we would be overly optimistic to expect a race there in September,” said Seamer.

Seamer also cast doubt over the Pirtek Perth and Tyrepower Tasmania events, which are scheduled to take place in late October and late November respectively.

“They’re a watching brief at the minute, as I’m sure you’re starting to see it all depends about where we’re coming from and then going to,” he added.

Sandown is currently slated to host Supercars on September 19-20, two weeks after the second leg of the Townsville double.

Following that, the Bathurst 1000 is slated for October 8-11. If the season were to close out at Mount Panorama, that would bring it to an end two months earlier than currently scheduled.

Supercars is contractually obliged to complete its season in New South Wales.

That would allow it to either end the year at Mount Panorama or attempt to finish the season at Sydney Motorsport Park under lights as currently scheduled.

It wouldn’t be the first time the Supercars Championship has ended its season with the iconic endurance event.

Prior to the 1999 season, the Bathurst 1000 was the traditional season closer but wasn’t a points-paying event.

The 1999 season saw the 13-round championship conclude with the Great Race, which was also the first year that the event counted towards the Australian Touring Car Championship.

That year the championship crown was won by Craig Lowndes while the Bathurst 1000 title went to Kiwi duo Steven Richards and Greg Murphy.

In 2000, the championship also ended at Mount Panorama. That time the crown was won by Mark Skaife while the Bathurst 1000 went the way of Garth Tander and Jason Bargwanna.

Since then, the Bathurst 1000 has been a fixture of the championship, but not as the season finale.

It’s been 20 years since the Bathurst 1000 closed out the championship. In this week’s Pirtek Poll we want to know whether the 2020 season finale should end with the Great Race.