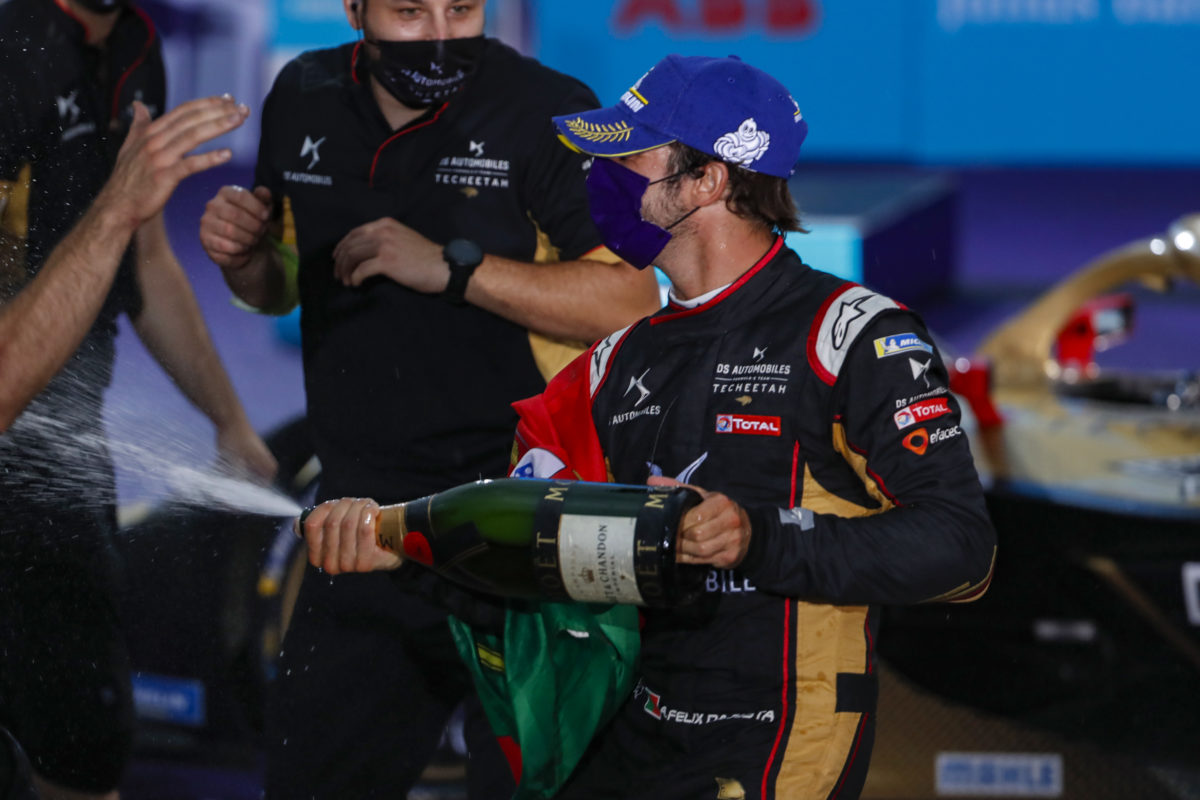 Antonio Felix da Costa has sealed the Formula E title by finishing second to team-mate Jean-Eric Vergne in a result which also saw Techeetah wrap up the teams’ championship.

Vergne had edged da Costa to pole in Race 9 of the season and the fourth of six at Berlin’s Tempelhof Airport circuit, and they led the field away.

That remained the case after an early Safety Car necessitated when the previous day’s race winner, Maximilian Guenther, shunted his BMW i Andretti car into Oliver Turvey’s NIO entry in traffic.

Oliver Rowland and Sebastien Buemi followed the Techeetahs in third and fourth respectively until the Nissan e.dams pilots took Attack Mode for the first time on Lap 9.

Rowland passed Alex Lynn (Mahindra) to reclaim third on the next lap before they both split the Techeetahs when Vergne and da Costa went for Attack Mode.

Da Costa took third from Lynn before Lap 10 was over before re-passing Rowland on Lap 13, and it was then that Techeetah ordered its drivers to swap positions.

The front-runners were unchanged through the second Attack Mode activation but Vergne was back in front on Lap 30 due to more team orders aimed at optimising energy management.

Nissan did likewise to give Buemi, who had more energy left than Rowland, a chance to go after the Techeetahs on Lap 33 but he could not unsettle them and ran third thereafter.

Nyck de Vries (Mercedes-Benz) snatched fourth with a dive past Rowland on the 37th and final lap.

Vergne’s win saw him leap to second in the drivers’ championship, 11 points up on Guenther and Lucas di Grassi (Audi Sport Abt Schaeffler), the latter of whom finished sixth.

New Zealander Mitch Evans is four points further back, in sixth in the standings, after driving his Jaguar to seventh.

The final two races of the season will be held in Berlin on August 12-13 (local time).