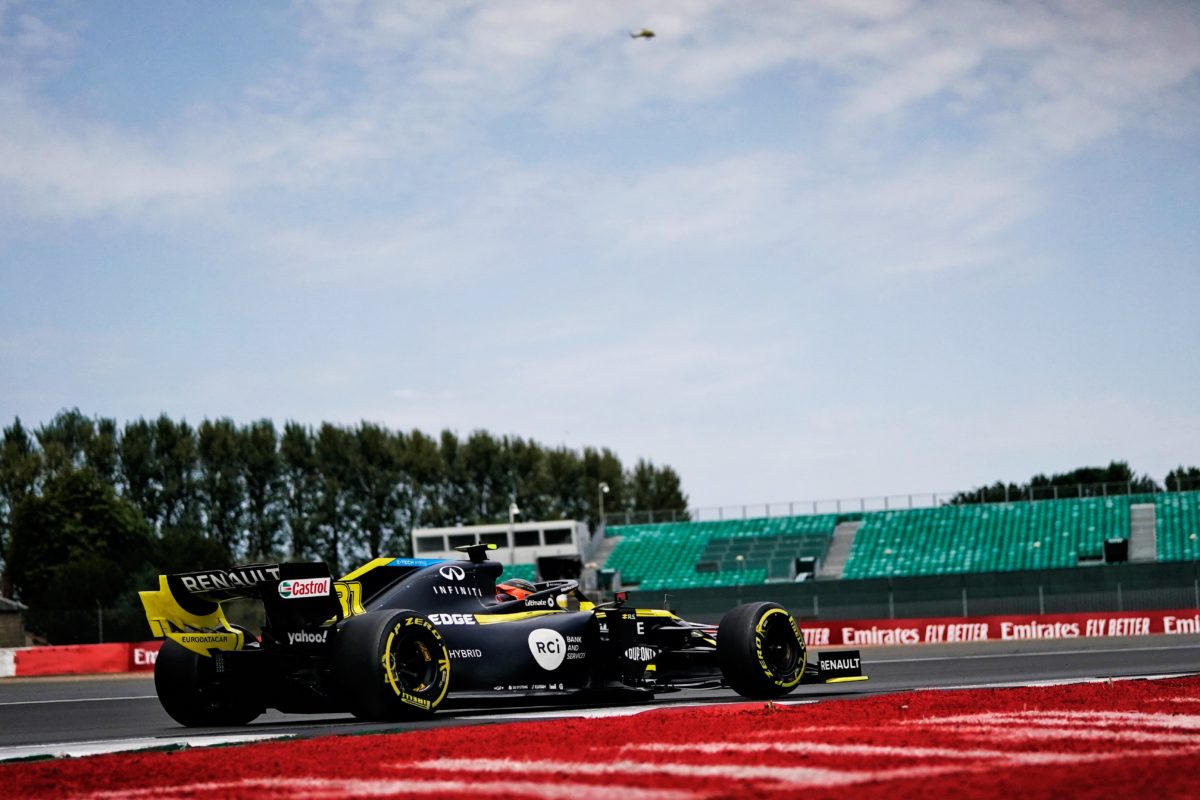 Esteban Ocon has been handed a three-position grid penalty for impeding George Russell during qualifying for the 70th Anniversary Grand Prix.

Ocon had been driving his Renault slowly on the racing line on the Wellington Straight, with Antonio Giovinazzi to his left, when Russell arrived on a hot lap during Qualifying 1 at Silverstone.

The incident was noted at the time by stewards, who summoned both drivers to an investigation at the end of track activity.

They chose to penalise the Frenchman, including the issue of a penalty point which is his only such blemish on his licence in the last 12 months.

Both ultimately progressed to Qualifying 2, when Ocon ended up 11th and Russell could go no further than 15th in his Williams.

As such, they will start in consecutive positions for the 52-lap race, with Sebastian Vettel promoted to 11th in his Ferrari, Carlos Sainz (McLaren) to 12th, and Romain Grosjean (Haas) to 13th.

“At the exit of turn 5 Giovinazzi was at the head of three cars and was on an in-lap, Ocon was next, on an out-lap and Russell was on a flying lap,” read the stewards report, in part.

“While Russell approached, the team advised Ocon on the radio about Giovinazzi ahead, but didn’t advise about Russel until very late.

“As Russell approached the two cars ahead, Ocon pulled to the right to overtake Giovinazzi and clearly impeded the much faster Russel.

“The team admitted that they did not assist their driver in this instance which led to the impeding.”

Said Ocon of the incident at day’s end, “It was no one on track’s fault, but it’s something we should have managed better.”

Valtteri Bottas edged Mercedes team-mate Lewis Hamilton to pole position for the 52-lap race which is due for a start today at 23:10 AEST.