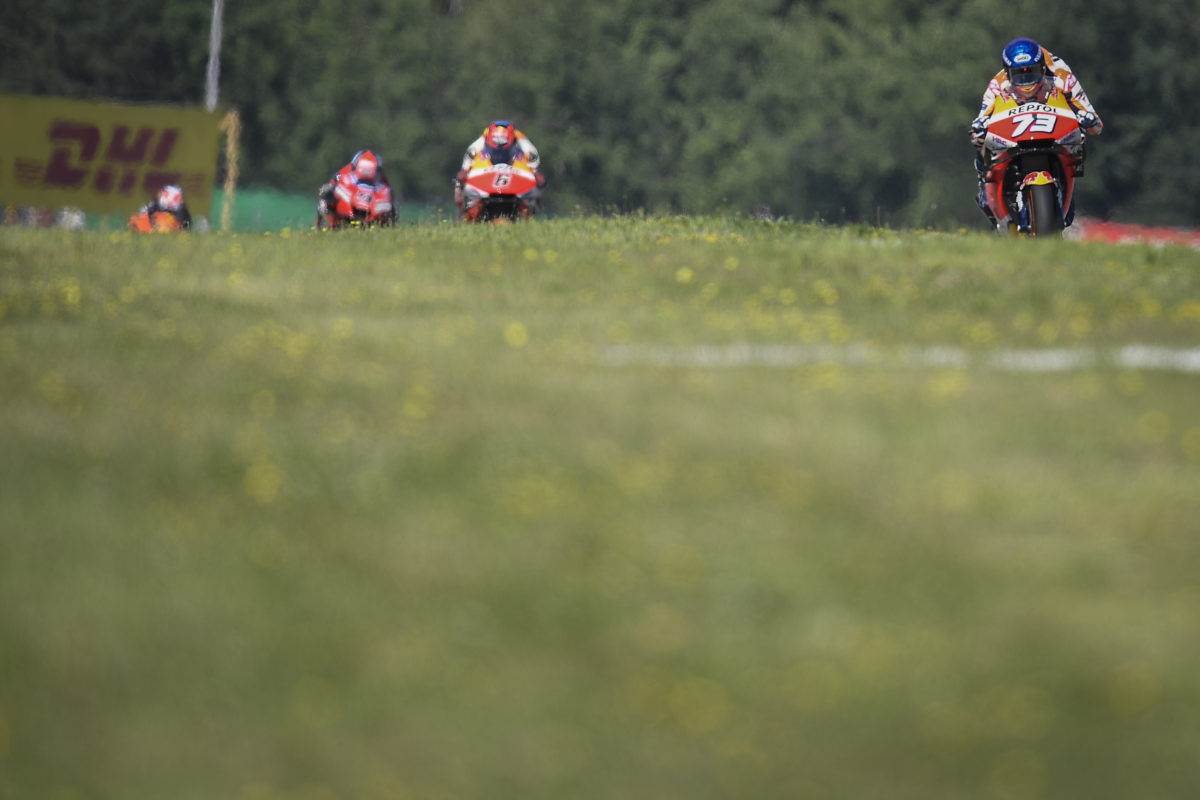 A Dorna Sports staffer tested positive at the Automotodrom Brno

Dorna Sports has announced the first case of COVID-19 in the MotoGP paddock.

According to a statement from Dorna, the positive case is one of its own staffers, who is asymptomatic and now isolated in their hotel room.

Close contacts have also been isolated, while those in secondary contact all returned negative results when they were tested in response to the positive.

There is no suggestion that the remainder of the Czech Grand Prix weekend at Brno is under threat.

“After more than 5500 tests performed on all paddock personnel before their attendance to the Spanish, Andalucia and Czech GPs, one person in the FIM MotoGP World Championship paddock has tested positive for Covid-19,” read the Dorna statement.

“The result was returned during testing undertaken ahead of the Austrian Grand Prix. The person is a member of Dorna Sports’ team and is asymptomatic.

“Following the positive result that arrived early on Saturday, the person was immediately informed and isolated in their hotel. A further test was then undertaken in order to confirm the result. This second test also proved positive and therefore the staff member and all close contacts will remain in isolation.

“Local health authorities will now decide on the duration of self-isolation they are required to undertake.

“As a precautionary measure, the Championship has taken the decision to test any persons in secondary contact with the individual and each of them has returned a negative result.”

MotoGP competitors and staff, like those of other championships, have been kept within their own ‘bubbles’ since racing resumed after the outbreak of COVID-19.

Attendances have been restricted and crowds are still not allowed, while all who enter the circuit must return a negative test result leading up to events.