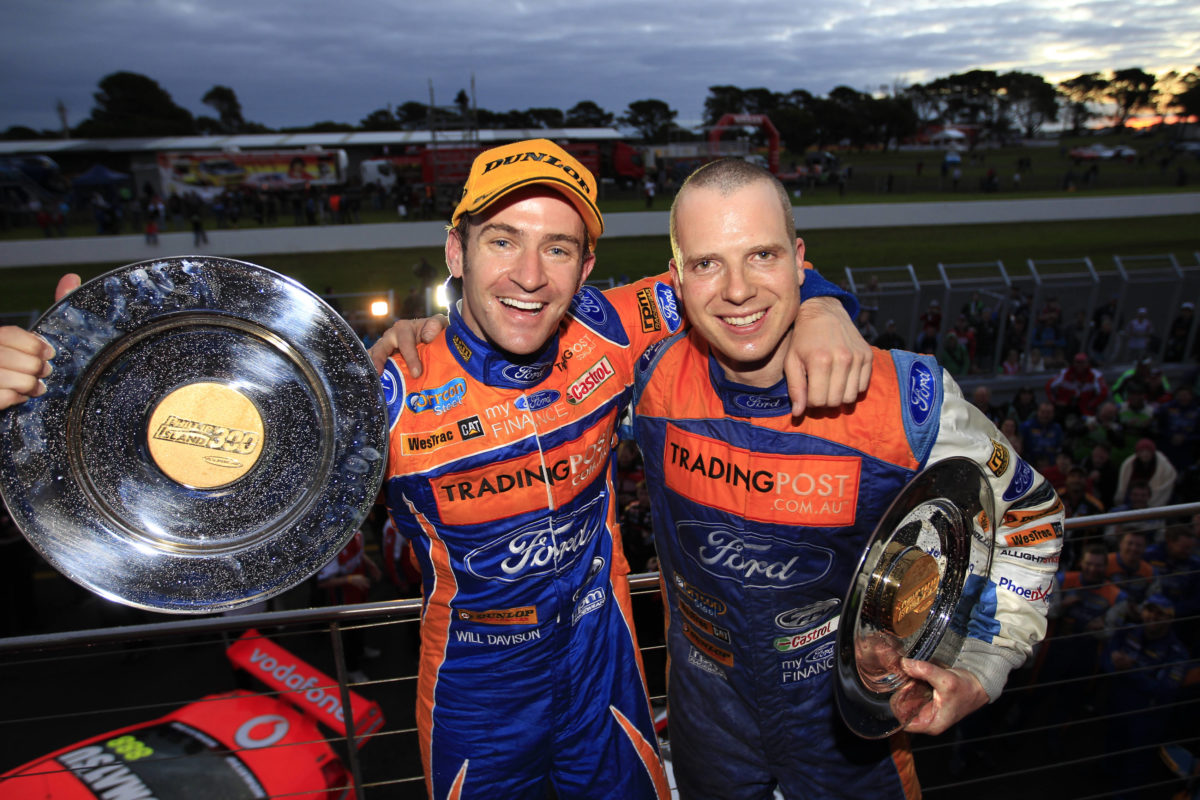 For the past two decades, Matty Roberts has had a front row seat from which to observe the ever changing landscape of touring car racing in Australia.

From the final throes of Glenn Seton Racing through a handful of name changes, Roberts has remained a loyal lieutenant for the team now known as Tickford Racing throughout.

There he works as team manager, a key figure in the team with which he started as a mechanic.

“I started December 2002 down in the Dandenong workshop of Glenn Seton Racing,” Roberts recounted to Speedcafe.com.

“I was a young kid when I first started there.

“It was a little bit daunting, heading into that little tin shed down there in Rjur Street, but lots of things have unfolded between then and now.”

The son of a mechanic, cars and motorsport are in his blood.

Roberts’ father raced cars, competing in a Hillman Hunter against the likes of Harry Firth, Norm Beechey, and Bob Jane.

He also had a mechanical workshop in Surrey Hills for the better part of four decades.

“I remember when I was four or five years old in the garage helping Dad, building engines or putting cars back together,” Roberts said.

Both he and his brother followed his father and became mechanics, though in Roberts’ instance with somewhat more focus.

“I actually wanted to get into the engine departments,” he explained.

“I just wanted to be able to engines and fortunately a position came up in the very early days at Prancing Horse Racing.

“It was to be on the race team, and I sort of saw that as a stepping stone to try and get into the engine shop.”

That role came in 2000, with a move to Glenn Seton Racing coming two years later just as Prodrive’s interest in the team took hold.

There he saw first hand as Dave Richards invested in the team, replacing old equipment with new and slowly transforming the team.

“I remember after the first week we were there, John Matthews and Ivan Taylor pulled us into the office and said, if we need to start winning races and whatnot, this is what we need to do,” Roberts said.

“Everyone was just so burnt out after the first two years, but quite a few of us that stuck through it and we got to see some rewards.” 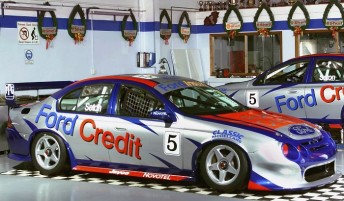 Roberts joined the team at the end of 2002

That effort resulted in a podium for Craig Lowndes and Glenn Seton at the Supercheap Auto Bathurst 1000 in 2003, though greater success was to follow.

“Morale was good because basically, we could see that, whether it was the owners in that thing, Prodrive or engineers, everyone was sort of focused and working towards the one goal,” Roberts recalled.

“Don’t get me wrong, those first probably four years of FPR, we saw a hell of a lot of turnover of staff, and trying to try to keep a positive attitude was difficult at times.”

During that period Roberts was the Number 2 mechanic on David Besnard’s car, but was quickly promoted to Number 1.

For the better part of a decade he maintained that position, before stepping into a crew chief role in 2011 and ultimately team manager from 2019.

It means his time on the tools has largely come to an end, though he concedes it’s nice to spring the odd surprise on some of the younger staff.

“I don’t mind getting down there on the tools and still helping out the guys,” he explained.

“Whatever needs doing, whether it’s helping the guys on the cars or getting all the team manager side of things, it doesn’t really phase me.

“I do actually miss working on the cars because they are awesome pieces of machinery.

“I do dabble with the boys and have competitions every now and then,” he added.

“I come out of the woodwork and surprised quite a few of the younger guys!”

While professionally he’s put down the tools on a day to day basis, away from work he continues to tinker.

He owns a 1967 Ford Mustang Fastback, a car he bought around the time he began working in the industry.

“I had a coupe before that I’d restored with my late father,” Roberts said.

“This one here, we got to do work on it together and, fortunately, I’ve still got that, that’s all finished now.

“So we love to get my three boys and the wife out, we go out on a sunny day and cruise and that’s our outlet.”

The relationship and influence of his father remained strong throughout his life, helping to set Roberts on the motor racing path but also sharing key moments as his career developed.

“Unfortunately he’s passed away now, but he used to live and breathe his motor sport passions through me.

“He was a very proud father, he couldn’t get enough, (and) sometimes he knew more than I did about what other teams were doing.

“Once he finished and retired from work, he lived and breathed his motorsport.

“Our connection was probably the strongest it’s ever been, because he was such a passionate person when it came to, whether it was racing cars or, helping people get in the industry.

“He’s the reason why I’m here today, pretty much. Roberts recalled the moment his phone rang following the 2013 Bathurst 1000, a race won by Mark Winterbottom and Steve Richards for Ford Performance Racing.

“He was the first person to ring me, probably 15 minutes after the podium,” Roberts remembered.

“We were on the phone for probably an hour, and I will cherish that phone call for the rest of my life.”

That Bathurst win remains a career highlight, as does the Chaz Mostert’s the following year.

“We put so much effort and resources into that race, and just for it to go off like clockwork, it was such a great achievement,” Roberts explained.

“Unfortunately had to wait ’til ’13 to finally bring that trophy home, but it was the ultimate experience, I can’t describe what it was like that day to actually win it.

“We’d tried so many times and fallen just short of that step, so to get that ’13 Bathurst win is probably the most rewarding win that I’ve had with the team.

“The championship in ’15 with Mark again, that was probably the second highlight because he and I worked so closely, from the day he set foot in FPR,” he continued.

“We spend a lot of time outside together, because our families are quite close, so we’ve got a lot of memories together.

“We’ve got lots of similarities, we’ve sort of grown up together in this industry.

“He came in, he was young and we’re a very similar age, he’s only a year younger than me, so we got a lot of things in common.”

Winterbottom’s successful 2015 campaign and Mostert’s Bathurst 1000 win are tough to separate for Roberts. Mostert takes the flag at Bathurst in 2014

“You couldn’t ever rewrite that script,” he said of the 2014 epic at Mount Panorama.

“The race was red flagged for what, an hour? You’ll never, ever see a race like that again.

“That one obviously sits firm in the memory banks as well.

“To win that race and to be a very select group of teams that have won that race back-to-back is another monumental achievement.

“I built both of those cars at the end of 2012, when we went to Car of the Future,” he added of the back-to-back Bathurst winners.

“I was in that lead mechanic car build area, so I sort of handbuilt those cars.

“So, it was even more rewarding to see those cars bring home a Bathurst win because, at the end of the day, it’s the ultimate achievement for any person to be a part of.”

Now, two decades into his career in motorsport, Roberts is not beginning to ease off the throttle, and he’s keen to see what the future of the sport may hold; both for him and itself.

“It’d be interesting to see the next platform of racing,” he reasoned.

“Obviously Gen3 sounds exciting and promising what Supercars are planning to do. Hopefully they can make sure that the sport is fit and healthy for the next call it 20 years plus.

“No doubt, there will be some form of motor racing in need from the fans, so hopefully the next step that Supercars take is in the right direction, which I’m sure that they’ll make sure that there’s a cost-effective and a good, race package.

“I’m happy doing what I’m doing now; I’ll leave the bureaucratic decisions to Tim (Edwards) and Rod (Nash),” he adds of his own future.

“I like to be on the ground, that’s where I been born and bred.

“In the end I sort of saw the light here and wanted to probably progress my career here and work my way up through the business and the company.” 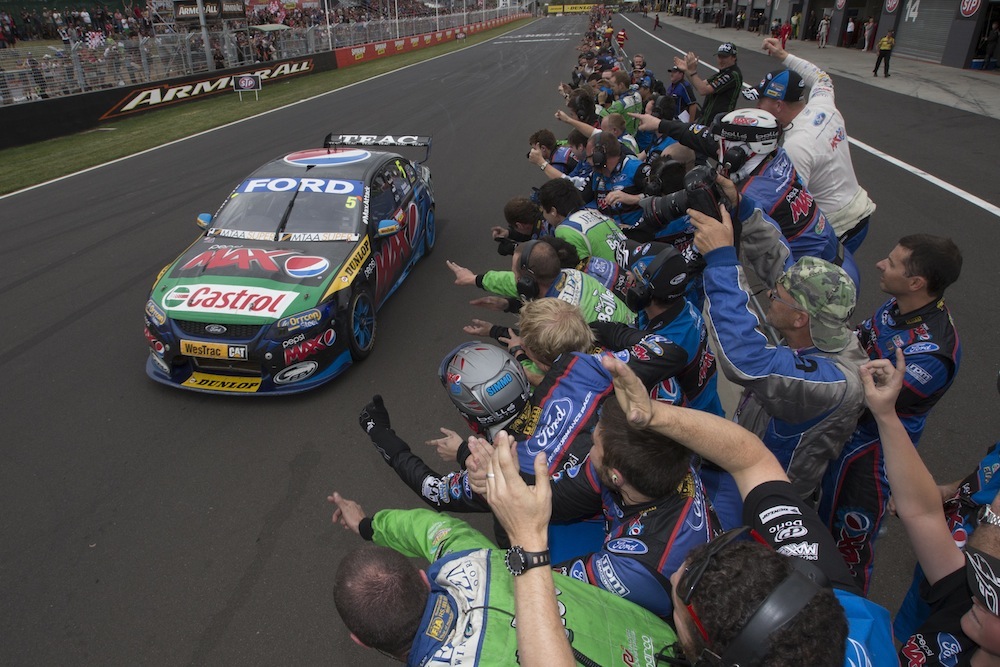