Guenther beats Frijns by a tenth

Guenther beats Frijns by a tenth 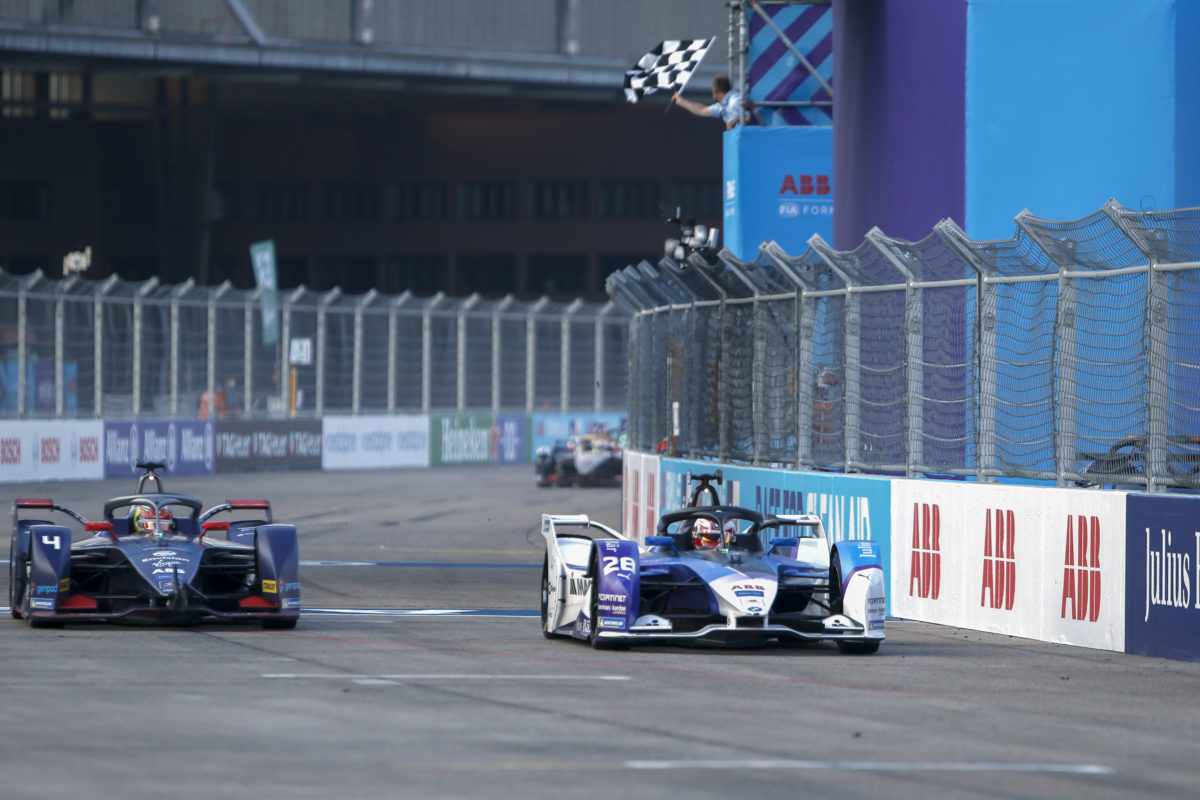 Maximilian Guenther has beaten Robin Frijns by just over a tenth of a second in Formula E Race 8 but Antonio Felix da Costa still holds a commanding championship lead.

Da Costa took the chequered flag in fourth position after 35 laps in his Techeetah around the Berlin Tempelhof circuit, meaning he is 68 points clear of Guenther at the top of the standings with a total of 90 points on offer in the three races which remain.

Jean-Eric Vergne qualified on pole in the other Techeetah and led the race until Guenther momentarily got ahead at the start of Lap 30, then made the move for good at Turn 7 on the same tour.

Frijns (Envision Virgin) got through on Vergne on what would be the penultimate lap and attacked Guenther on the last, but found no way past the leading BMW i Andretti entry.

Only 0.128s separated them at the finish, while Vergne made the podium by just 0.174s over da Costa.

Lucas di Grassi is 76 points behind da Costa in the title race having claimed eighth in his Audi.

Mitch Evans’ deficit to the championship leader is another two points after the Kiwi drove his Jaguar from 19th on the grid to ninth, with the fastest lap along the way.